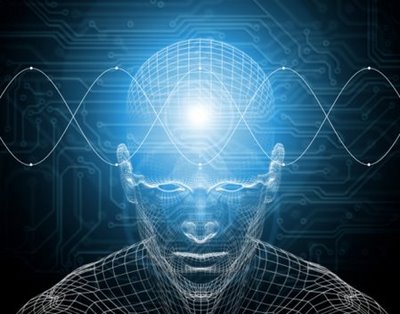 In 1962, American physicist and scientific philosopher Thomas Kuhn released his seminal work, The Structure of Scientific Revolutions. He coined a phrase—a big idea, really— that was made popular in the world of business by futurist Joel Barker: paradigm shift.

In his book, Kuhn makes a key point about the progress of scientific knowledge: that scientific disciplines undergo periodic paradigm shifts, rather than only progressing in a linear and continuous way.1 When there are revolutions or transformations in science, it is as if the world looks different to the scientists in that who adopt the new paradigm.

Paradigm shifts are not limited to science.

Many years ago, I worked with colleagues and identified that the business paradigm for leadership was derived from the military. At the Air Force Academy and as a Naval officer, I was trained and grounded in an approach to leadership that was built on three fundamentals:

I brought that same paradigm to my own leadership in business as well as to my consulting work in empowering and enabling business leaders.

In our R&D effort, the Insigniam design and innovation team started with observations that contradicted that thinking. For example, by looking at a list of highly effective leaders, we saw that those leaders have many different characteristics, all having some and all missing some. Additionally, people with no title or position have led incredible movements that have changed the course of history.

We did our own Einsteinian thought experiment that I invite you to try. Think about the qualities and characteristics of a strong, effective leader. You will end up with a list. When you compare yourself to that list, I would imagine that, if you are like me, you are missing one or more of those characteristics or qualities. It could be charisma, for example. You are leading with some effectiveness, in fact, because your own commitments and the situation that you are in call for your leadership. At the same time, each time you lead, you know that you are not charismatic and that you need to be. Therefore, you are leading with a handicap—no different than a horse carrying extra weight in a race or a golfer giving away strokes. Every time you lead, you are reminded—consciously or unconsciously—of the characteristic that you don’t have.

But here’s the secret: All paradigms are invented; you are not stuck with the existing paradigm. In our R&D work, we simply dismantled the paradigm of leadership based in title, characteristics and followers.

We then looked to see what would give any leader maximum access to power in the exercise of their leadership. We created a new, more empowering paradigm, conducive to transformation, in which leadership is a set of actions, based in language and communication—leadership as a linguistic phenomenon and packaged in “The Leadership Intensive.”

In our next conversation, Leadership Intensive: Part II – Creating A New Paradigm, I’ll share what this new concept entails and how acting on an innovative approach to leading can unchain you from the constructs of the past.