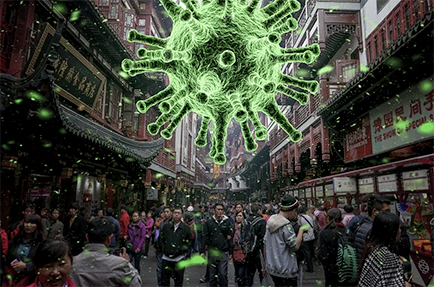 Coronavirus and the Lessons for Executives Worldwide

Since the Lunar New Year, the Coronavirus has had a devastating impact on the lives of Chinese people and the economy worldwide. My family is from a small town in Northern China – about four hours drive east of Beijing. Besides staying up-to-date on their health conditions, I have also been following how Chinese companies are responding to the virus – some more successfully than others. Below I summarized two core lessons that I am left with.

Since late January, the Chinese government has advised citizens to not leave their residence unless absolutely necessary and roads have been shut down. With the help of the internet, information is quickly shared and passed around, with a large amount of “fake news” in circulation. Rumors about the Red Cross mishandling donation items and leaked videos of people dropping dead on the street caused shock waves across the nation, leaving the community in anger and frustrations, brewing public distrust of government agencies. Overall, the network of conversations around how the virus was being handled has fostered an unproductive environment that caused misunderstanding between the state agencies, hospitals, and the general public.

In any large and complex corporation, when organizational structures shift, key executives leave the organization or there is an M&A deal in discussion, similar shock waves are often produced in companies. Getting ahead of the message is key. In my work with executives to manage change, I observe them following a methodical approach for information dissemination in a crisis. They first gain alignment amongst senior leadership on “what to say and how much to share,” then disseminate the news internally, then release to the public. When communicating to the internal audience, they make sure three critical questions are addressed before people raise them:

Answering these questions helps people make sense of what is going on and allow them to contribute effectively to the work that needs to get done moving forward.

Seeing the Silver Lining in Any Circumstance

When adversity strikes, especially something quite uncontrollable such as an epidemic, businesses can easily feel trapped. After the virus broke out, the majority of business operations came to a halt. There was no income coming in, but companies were required by law to continue to pay wages and rent. Many small and medium-sized businesses already gave up the fight and are already starting to fold.

However, some companies are seeing the extended lockdown as their opportunity to grow their business in new ways. Some services companies started utilizing their online platforms to deliver their services through video conferencing. Others started grocery delivery app businesses – noticing the customer need for obtaining fresh produce without having to leave their residence. When faced with seemingly impossible situations, effective leaders regroup quickly to see how their companies can address unmet needs in the new circumstance, put together a plan and mobilize the entire organization around it.

During a recent culture transformation project that I worked on at a biopharmaceutical company, the four sub-teams were struggling with the circumstance of not having enough time to dedicate to their culture project. They all had their day jobs, and the work of being on a culture team was added on top of it. Despite the circumstance, the four teams decided that they were going to produce a breakthrough in the company culture. They sought help from their team to cover what needed to get done and hired an external consultant to do the technical work of building the site. At the end of the project, they:

During a crisis, effective leaders maintain focus on two things- they manage the communication flow and see the silver lining in any circumstance to claim their power against the prevailing situation.