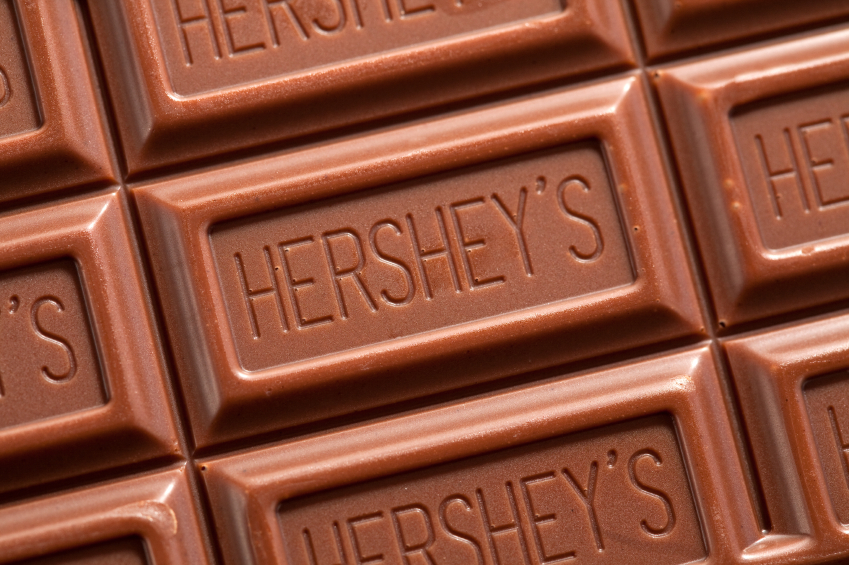 Common wisdom might hold that a 120-year-old company with an ironclad brand and iconic image might coast on established value and only innovate on the margins. But The Hershey Company, with 2014 sales that edged up 3.7 percent to $7.42 billion, is not a typical established enterprise.

For starters, it ranks on the Forbes 100 most innovative companies in the world. Last August, Hershey shed its traditional logo and visual identity in favor of a flatter, more modern look. The objective is to better reflect the company’s transition from a predominately U.S. chocolate maker to a global confection and snack enterprise — one poised to generate $10 billion in revenue by 2017.

But its innovative appeal goes way beyond visuals. Over the last few years, the company has embarked on a series of strategic acquisitions that fall outside the conventional. In 2011, it acquired Brookside Foods Ltd., an artisanal chocolate maker based in Abbotsford, British Columbia. In late January, the chocolate maker picked up Krave Pure Foods Inc., a maker of artisanal beef jerky based out of Sonoma, California. Founded by Jon Sebastiani, a member of one of the most prominent Sonoma wine families, Krave formulated such quirky jerky flavors as Black Cherry Barbeque Pork, Basil Citrus Turkey and Sweet Chipotle Beef jerkies.

Underlying these acquisitions and envelope stretching is a flurry of innovative new products unleashed by the company over the last couple of years. These include Reese’s Spreads, York Minis, Ice Breakers Cool Blasts, and Twizzlers and Jolly Rancher Bites.

The Minis, Blasts and Bites comprise what the company calls its hand-to-mouth platform, products generated from its consumer insights strategy. Through an arsenal of proprietary tools, Hershey uses analytics such as modeling to gain insights into what its brands mean to consumers. It’s a potent recipe that has allowed it to unlock latent demand.

For example, Hershey’s consumer insight strategy revealed that consumers prized convenience and grazing. This led to the development of unwrapped bite-size pieces of candy in resealable bags. Hershey also learned that, among consumers, gum was losing its appeal in social situations due to quick flavor loss and the need to dispose of it after use. So Hershey created Ice Breaker Cool Blasts, which are chewed like gum for several seconds before dissolving into a mint that leaves a blast of fresh breath. Blasts have the potential to revolutionize breath freshening.

Companies like Hershey that bet their future on innovation have a built-in advantage. Their corporate senses are primed for breakthroughs; and they nurture a mandate for innovation. When the corporate culture, infrastructure and operational processes and practices are aligned in this way, the organization is propelled by innovation. Insigniam calls this “greater innovation thrust.”

At Hershey, this strategy means winning with intelligence by designing research tools that drive deep to generate insights critical to ongoing success. Key to this drive is a well-articulated strategy that distinguishes between operational imperatives and schemes designed to seize future opportunities.

In other words, Hershey has successfully transformed its culture so that it is fertile for breakthroughs. It tightly aligns its innovation goals with its corporate strategy, while implementing a structure that ensures predictable, consistent innovation returns.