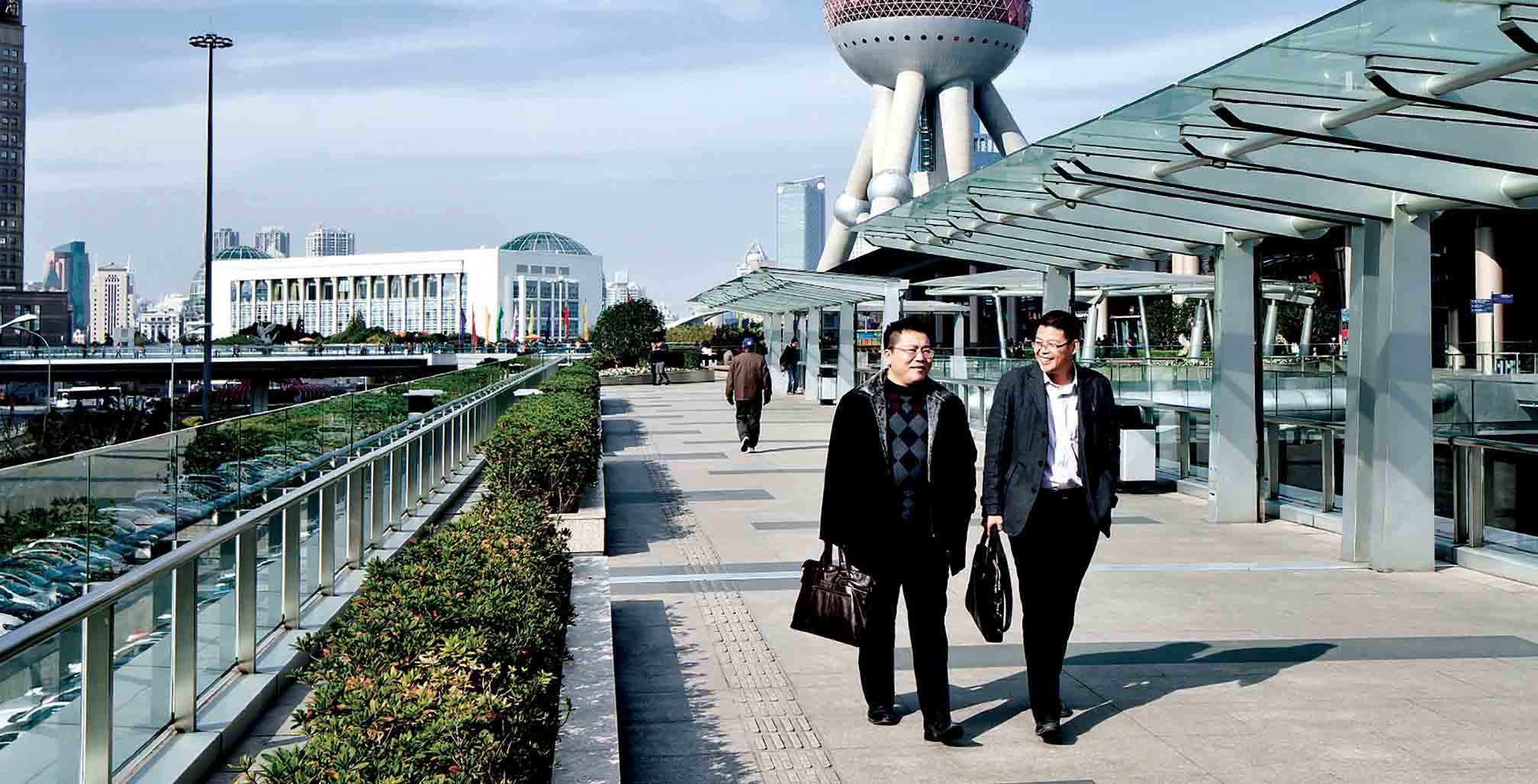 No economy has changed as rapidly and fundamentally as China’s during the last three decades. Once entirely state-controlled, the business landscape of the world’s most populous country now features hundreds of private domestic companies that account for an ever-larger share of corporate employment. And these corporations are competing with companies based in the West.

As China’s economy has become more dynamic and mixed, Chinese employee attitudes about the ideal employer and organizational culture have also evolved. These changes have major talent implications for executives at organizations jockeying for position in one of the world’s fastest-growing economies.

Pulling ahead starts with some basic questions: [bctt tweet=”What do Chinese managers value in an employer?”] What types of corporate cultures do they prefer? And how can companies, whether based in China or elsewhere, attract and retain the best Chinese talent? The bad news for foreign companies operating in China: Many senior managers now prefer to work at Chinese companies. The idea that foreign companies hold all the cards when it comes to great workplaces and career development has lost its dominance.

“In the past, the assumption was always that what was West was best, by definition,” says Christine Raynaud, CEO of Morgan Philips Greater China (formerly MRIC), a headhunting company that fills some of the most challenging executive and managerial jobs in mainland China, Hong Kong, Singapore and Taiwan. “Today, young Chinese managers are less certain that they have everything to learn from the West. That is certainly a big change.”

“Today, young Chinese managers are less certain that they have everything to learn from the West. That is certainly a big change.”

This change may be in part because many foreign companies have scaled back their China strategies as the country’s economy has slowed. But there is also a sense that Chinese companies are now more ambitious in outlook than foreign competitors, and are more able to adapt to the realities of the local market. “Chinese businesspeople are very entrepreneurial, and the rate of change in China can be very difficult for a global company to adapt to,” Ms. Raynaud says.

There is no shortage of examples of large Western companies floundering while trying to find their footing in the Chinese market, according to Ms. Raynaud. Take eBay: When the e-commerce company, with revenues near $8.6 billion, tried to expand into China, several key mistakes made the effort essentially a bust. In her book The Chinese Dream: The Rise of the World’s Largest Middle Class and What It Means to You, Helen H. Wang notes how eBay “failed to recognize that the Chinese market and the business environment are very different from that of the West.”

The company’s first and biggest mistake, according to Ms. Wang, was to send a German manager and American chief technology officer to lead the operations in China. “Neither one spoke Chinese or understood the local market,” she writes.

Groupon offers another cautionary tale about the importance of tapping Chinese talent when expanding into the region. After entering the Chinese market in 2011 under the name GaoPeng, the company failed to make the top-10 list of e-commerce sites offering group-buying deals. It ended up laying off nearly 400 employees in China less than a year later.

It seems clear that to avoid striking out in China, Western companies would be wise to hire local talent. But to attract the right talent, organizations must understand how prospective Chinese employees tend to relate to a domestic employer and their particular position.

Generalizations about such a vast and dynamic country are, of course, dangerous. For one thing, Chinese companies differ according to whether they are state-owned, a hybrid state/private enterprise or entirely private and autonomous. Still, there is a considerable area of commonality in Chinese approaches to corporate culture.

“For example, when we’re looking for people to fill jobs in Chinese companies, we often have to work with no job description at all,” Ms. Raynaud says. “Hirings are made based on personal chemistry. In China, management is often much more about people than it is about precise track record.”

The focus on people in Chinese employment is often at odds with Western assumptions that work and personal life are very different spheres that should not overlap. In Chinese companies, managers typically know a lot about the personal lives of their team members, and it is an interest they are expected to demonstrate.

“In a Western firm, you don’t intrude yourself on the private life of your team members. But that’s not what Chinese managers expect,” Ms. Raynaud says. “In China, a senior manager would automatically know what is happening at home when it comes to his team members, would know their children, whether everything is OK with their parents. So giving a little cue that you have a team member’s interests at heart is often very important—and whatever you do in some small corner of the company will be instantly communicated throughout the organization. People will know.”

Cultural differences notwithstanding, Western-based companies can still attract top managerial talent in China. The predictability and range of work offered by long-established, stable global organizations remains valuable. There is a reason so many senior managers in Chinese companies have substantial experience working at foreign companies.

“These companies are still attractive because of their international scope, while Chinese companies are just at the beginning of their international expansion,” Ms. Raynaud says. Foreign companies can attract talent with their track records in high-tech innovation and centers of excellence, she adds. They are also seen as having more inclusive corporate cultures, “where employees are less subject to unilateral decision-making, where you know what is going to happen and where your work-life balance is more respected. And that is always going to be attractive to employees.”

Let us assume a company is able to get the right talent in the door. How does it ensure top performers do not walk back out? Morgan Philips Greater China’s 2016 Talent Report provides a snapshot of expectations and values of Chinese corporate talent. The organization has been surveying a few thousand mid- to senior-level managers in the Greater China region (mainland China, Hong Kong and Taiwan) for each of the last five years, asking about attitudes toward employment and the corporate cultures they work in.

“If a company doesn’t offer the opportunities that employees expect, the talent will leave.”

This year’s survey results reveal differences between motivations for managers from the region and Western managers working there (see “What Defines a Good Employer?”). Understanding those differences can help companies tailor their corporate cultures to better compete in China and beyond for the most effective managers.

The survey’s most striking finding? Senior managers in Greater China are likely to change jobs quickly if they do not find what they are looking for in an employer. Twenty-eight percent of respondents age 46 and older who had switched jobs in the past year said they were in their previous position for one to three years. Twenty percent of the same group only stayed at their prior job for a year or less. Employees in other age ranges reported similar rates of job change.

“If a company doesn’t offer the opportunities that employees expect, the talent will leave,” Ms. Raynaud says. “And if you ask what will keep them in a job, the answer is compensation, career development and work-life balance—in that order.

Priorities in Leadership and Career Development

The new talent report’s findings flag a few areas where companies operating in China could tailor their culture to attract and retain the best talent. They also reveal how managers from an Asian background have different priorities than their Western-background colleagues.

First, there were attitudinal differences between Asian and non-Asian survey respondents when it came to perceptions of corporate leadership. Whereas managers from a Western background were equally likely to cite leadership capability as a critical corporate culture measurement, Asian managers are mainly interested in the humanity of leadership in the company “In China, employees rate higher on what they perceive as integrity in corporate leaders,” Ms. Raynaud says. There is a loyalty component related to this: It is not unusual that if a company loses a strong and admired manager, the manager’s entire team will leave as well, she adds.

According to a report in The World Financial Review, the most common area of misunderstanding between Chinese managers and foreign companies when it comes to culture is the role of leadership and group loyalty. While Western corporate leadership is geared toward empowering managers to achieve, Chinese leadership is about maintaining group identity bound by strong ties of trust, the Review reports.

When Western companies ask their Chinese managers to foster relationships across groups or functions, and perhaps with other companies, that can be uncomfortable for the managers or even seen as dangerous—an attitude summed up neatly in the Chinese proverb “brave birds get shot.”

Second, managers from China and elsewhere in the region increasingly want to work at companies offering clear career development opportunities. “We find candidates are always asking, ‘Where am I going to go in this job?’” Ms. Raynaud says. Western companies may be missing out on local talent because of long-standing but out-of-place recruiting habits.

[bctt tweet=”The Western company mindset tends to be that we offer a role, and that’s all we need to offer. “]Chinese companies are more likely to say, ‘This is the role today, but this is where you might be in two to three years’ time.’”

In other words, competition is heating up. And if the tales of eBay and Groupon are any indication, it will be imperative for Western companies in China to persuade skeptics and make sure career opportunities are abundant once Chinese talent is on board. The alternative—a Western company in China run by Westerners—does not bode well. 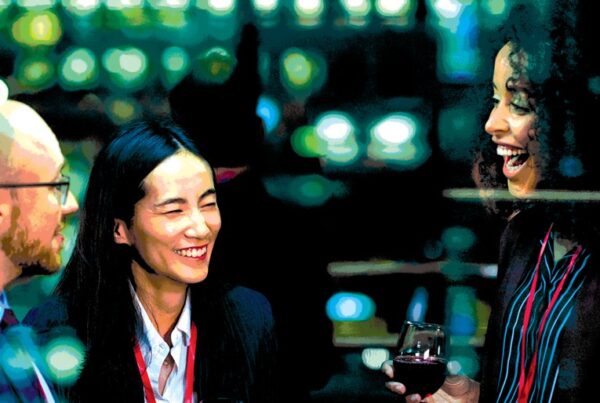 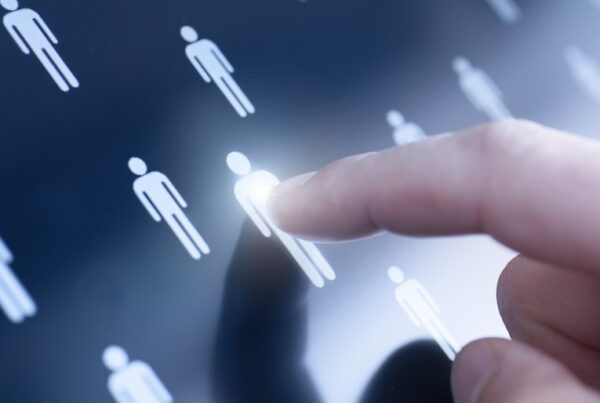