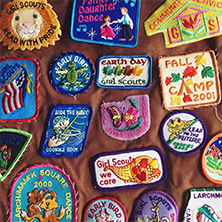 To Serve is to Live

By InsigniamJanuary 21, 2021February 16th, 2021No Comments
By Insigniam minute read

“A desire presupposes the possibility of action to achieve it; action presupposes a goal which is worth achieving.” –Ayn Rand

To Serve is to Live
Frances Hesselbein celebrated her 101st birthday this past November. While her longevity is impressive by any standard, it is not the only reason I am inspired by her life story. At this time of year when the confluence of what could have been and what might be, gains particular attention in the minds of many, I felt compelled to share what I learned from reading about the remarkable life of a woman that personifies what it means to live a life of possibility. In her office in New York City, where she serves as CEO of the Frances Hesselbein Leadership Institute, a sign that sits upon one of her bookshelves reads, “To Serve is to Live.”

Serving Others
In 1965, Ms. Hesselbein volunteered as a troop leader for the Girls Scouts of America; eleven years later, she was named CEO, a role she served for the next fourteen years. Her turnaround efforts yielded a membership that exceeded two million girls and close to one million workers, predominantly volunteers. In 1998, she was awarded the Presidential Medal of Freedom for her efforts. Ms. Hesselbein was also instrumental in creating the Hesselbein Global Academy for Student Leadership and Civic Engagement at the University of Pittsburgh, her alma mater (at the time, it was the University of Pittsburgh Johnstown Junior College). It should be added that 28 books include Ms. Hesselbein’s name as the author, co-author, or editor; 68 countries have received her visits; she’s the recipient of 20 honorary doctoral degrees; and, serves as editor-in-chief of a quarterly journal, Leader to Leader. I have not met Ms. Hesselbein, so I can only surmise her response to the question, “What keeps you going?” is a two-word response: serving others.

A New Year of Possibility
Riding on the coattails of Ms. Hesselbein’s service to me as a source of inspiration, an idea comes to mind. You know those things called ‘new year’s resolutions’ that we sometimes write down or think about, as the dwindling days of the calendar year loom before us? Let’s try something different that I am quite certain my newfound centenarian hero would support. After each declaration of what we will accomplish next year, add a comma, then add the words, “in service of others.” It adds a new meaning to “go the gym four days a week, or “get a promotion”, or “learn a new skill.” While I am sure the gene pool of Ms. Hesselbein’s has something to do with her year plus a century on the planet, her list of accomplishments do not. What separates her from most is clear to me: in serving others, Ms. Hesselbein sees the possibility of a better world, worthy of her action to achieve it.

Thank you, Ms. Hesselbein, for your 101 years of living, in service of others.