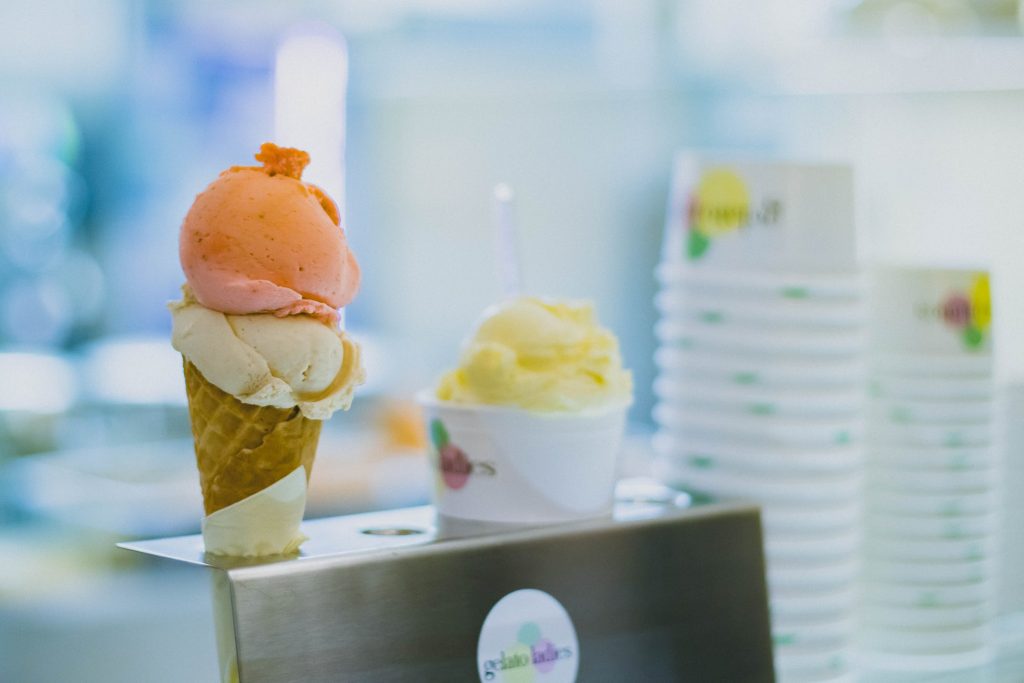 What I Learned About Management From My Job Scooping Ice Cream

By [email protected]January 21, 2021No Comments

There I was, on one end of the ice cream counter, my boss at the other end, who was shouting another elaborate rant about how all his employees are so stupid, he wished he could put a shock collar on them (yes, there are the words actually said!). To the average customer passing by this threat might have seemed alarming, but for myself and my fellow employees, this just an average day at the ice cream shop we worked at. It was at that moment, when I realized I had become desensitized to this type of behavior, that I decided to quit the job I had held the last three summers to make money for the upcoming school year. I quietly finished out my shift, trying to hide the elation I felt knowing I wouldn’t be showing up for my ten-hour shift the next day.

Fearing my boss’s explosive tendencies, I decided to give him notice of my resignation via an email I composed as soon as I got home that night. His response was one of shock; he said I was one of his best employees and he couldn’t understand why I would quit. He revealed to be completely out of touch with the sentiment of his employees. In this summer job, I learned three key lessons about management that apply whether one is running an ice cream shop or a Fortune 500 company:

Culture is made up of what is said and what isn’t said in an organization.
My coworkers were key for survival in this organization: we were partners in commiseration. One common conversation that bonded teammates on every shift was about how we despised our boss. New employees received a secondary onboarding from seasoned workers – stories such as: “Want to know where that hole in the wall came from? The boss punched the wall during a busy lunch hour.” Not healthy for an organization! If our boss had been present to the types of conversations his employees were having, he wouldn’t have been so shocked when I quit.

Management sets the tone for the entire organization.
It is nearly impossible to have engaged and loyal employees when management shows up angry and defeated. Our boss was easily overwhelmed and overall extremely pessimistic about the state of his business. He took his concern and frustration out on us. As a result, no one felt compelled to bring their greatest contribution and our work was a similarly negative experience.

Employee’s engagement and effort are directly correlated to how valued they feel as a person and as a team member. Our work was constantly scrutinized and if any of us were caught for a moment “just standing around” we were reprimanded harshly. We knew every one of our movements was recorded on cameras. The result was employees nervously scrambling through each minute of their shift, afraid of catching the boss’s harsh tongue. The constant surveillance revealed we were not at all trusted. As a result, none of us felt any desire to do our best work or be loyal to the organization. If management sets the tone, employee engagement is a direct reflection of it.

Despite the unpleasant experiences, I know my three summers scooping ice cream were not time lost; in addition to my paycheck, I was earning crucial lessons in management. I had the unfortunate experience of understanding what it felt like to be an employee that was not trusted or treated with respect, and I saw the direct effect that this loss of employee engagement and high turnover had on the success of the business. (The shop would soon sharply reduce their hours to avoid going out of business).

When employees are valued by their managers, they will reinvest that effort into valuing their customers – which is crucial to any service business. Being that employee taught me more than I could ever learn in a business school classroom.