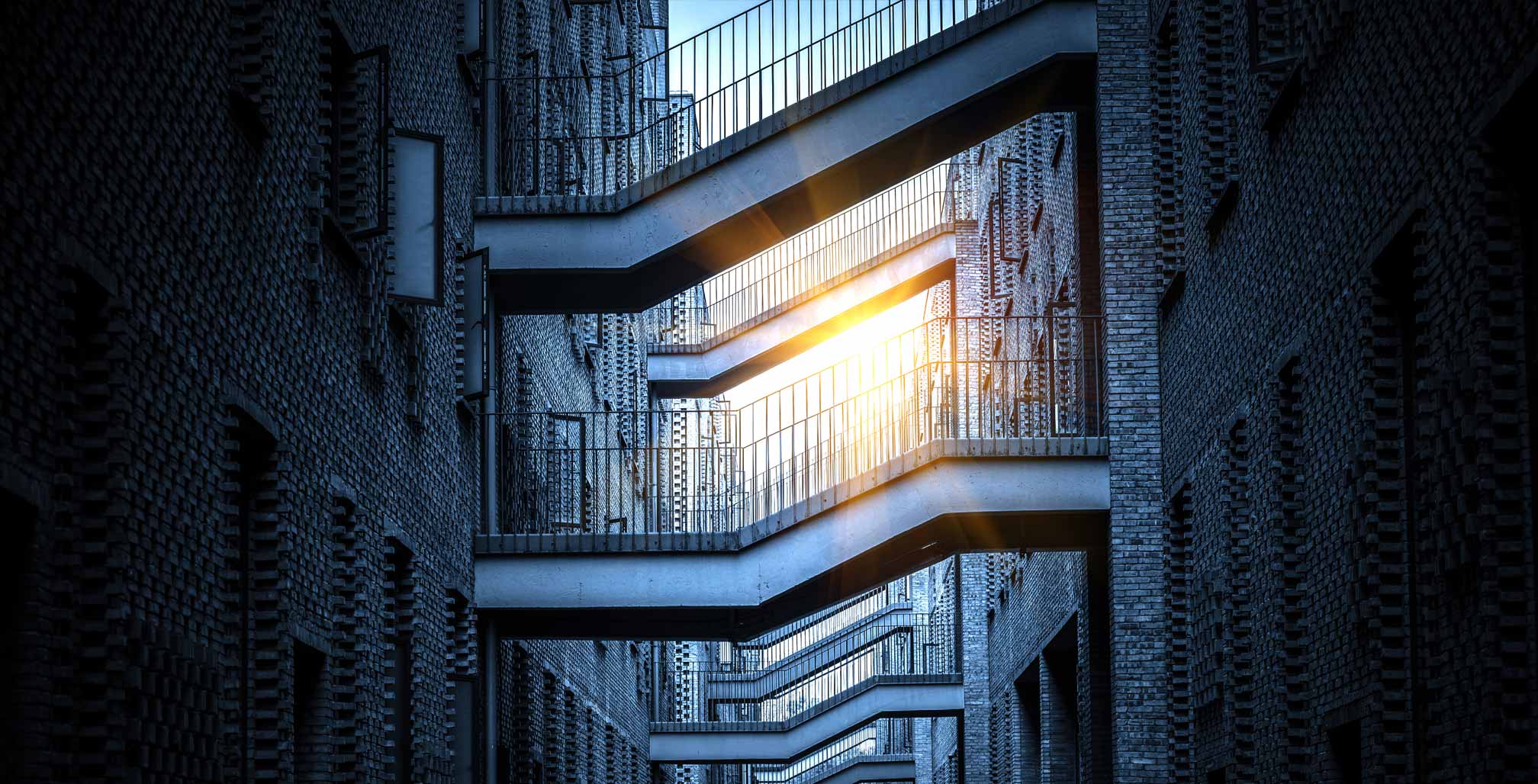 Vernon Irvin was no stranger to M&As. But in early November 2016, he realized he would soon be part of a massive merger process beyond anything he had previously known. CenturyLink had just announced it would acquire archrival Level 3 Communications Inc. in a $34 billion deal to catapult itself into a telecommunications giant—the third largest wireline telecommunications company in the U.S. behind AT&T and Verizon. In late 2017, soon after the acquisition had been completed, Mr. Irvin found himself seated around a table with some vaguely familiar faces he had spent years fiercely competing against. CenturyLink’s CEO had organized a four-day retreat for the executives of both companies.

“We might have occasionally shaken hands at a conference, but we really didn’t know each other,” Mr. Irvin says. He is now a president at CenturyLink running a $3.5 billion business unit serving governments, schools and small and medium businesses. (He also serves on CenturyLink’s executive leadership team, reporting to the CEO.)

The deal, on paper, looked perfect. CenturyLink’s strong local presence meshed nicely with Level 3’s standing in international markets and large enterprises. Scale was a huge advantage in the industry. The acquisition would turn CenturyLink, founded in 1930, into a global player with 50,000 employees and sales topping $23 billion. 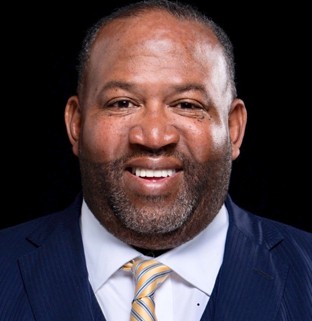 “We needed to develop a culture where everyone knew how to treat each other and align our actions with business goals.”

The annals of business, however, are filled with M&As that looked perfect only to flounder because of cultural disconnects—AOL/Time Warner, Sprint/Nextel and Daimler-Benz/Chrysler are just examples that cause executives embarking on an M&A to toss and turn at night. “When mergers fail, people frequently say it was because there was a cultural mismatch,” says Alexandra Reed Lajoux, a member of the Board of M&A Standards, a nonprofit that provides best practices for the M&A industry in support of training and certification. She spent three decades as chief knowledge officer of the National Association of Corporate Directors.

In contrast, the CenturyLink-Level 3 marriage is “a playbook” on how to do a major M&A correctly from a culture standpoint, says Ms. Lajoux, who has co-written many books on M&As.

As a veteran of numerous mergers, including at CenturyLink, Mr. Irvin had seen firsthand how important it was “to lead with culture” in those situations. Insigniam Partner Scott W. Beckett, PhD, agrees. “The most critical—yet often ignored—aspect of due diligence is doing formal assessments to identify the corporate culture in each organization,” he says. “Understanding the network of conversations that constitutes the individual cultures and then harmonizing them to avoid conflicts, gaps and what hinders performance, is how organizations are joined properly.”

Plenty of preparation went into the cultural aspects of the CenturyLink-Level 3 marriage. CenturyLink viewed the acquisition as a two-part process. The first was integration, bringing the two companies together. The second was transformation, creating a new company that changed the experience of both customers and employees.

All this hinged on how the combined workforce would work together. CenturyLink began examining that well before the acquisition was completed in November 2017. It had an outside consulting firm survey employees at both companies to get a handle on their individual cultures. The study determined the organizations were more alike than different; they had key attributes that could benefit one another. 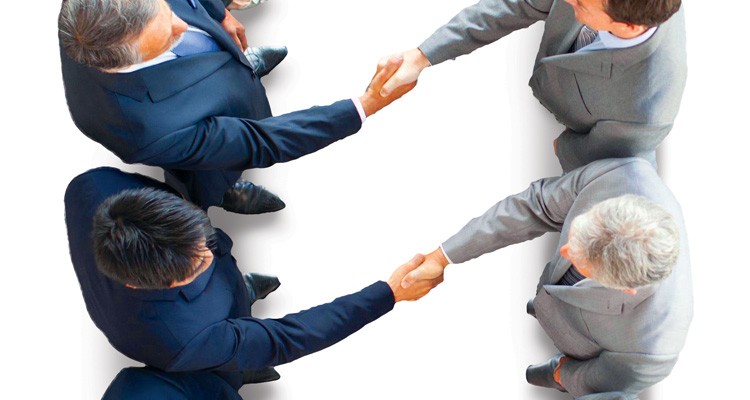 “They have a whole lot in common,” Ms. Lajoux says. “The biggest difference, though, was pacing. CenturyLink is a southern company based in Louisiana.” She notes that in that locale, according to employee comments made on Glassdoor after the merger, “the culture is reportedly chill, and people laugh and joke. Level 3 is more type A, where everything is pressed and hurried.”

Understanding those differences allowed CenturyLink to develop a strategy to integrate the companies. The mantra, which was promoted throughout the company, was “one company, one culture.” As Mr. Irvin says, “We needed to develop a culture where everyone knew how to treat each other and align our actions with business goals. We were very complementary, but we needed to distill the values of how we needed to work together to deliver something of value to our customers.”

Mr. Irvin says the executive retreat sparked progress. “At lunch and dinner, we talked about our kids and our neighborhoods, and why we do the job we do,” he says. “People didn’t know about my family and faith and things that are important, which you can’t get out of a press release.”

The result, he says, was that executives were drawn together toward a common goal. The newly expanded company was reorganized into five business units. In addition to Mr. Irvin’s unit, they served consumers, wholesale customers, large enterprises and businesses outside North America, respectively. One of the biggest issues was around customer segmentation—who would oversee which customers.

“The culture work helped enable trust and understanding of different points of view,” Click To Tweet Mr. Irvin says. “If we hadn’t done that, progress would have been slower. People would be fighting and trying to hang on to their customers, instead of doing what’s best for them. We would have had stalemates and bad decisions.”

“The culture work helped enable trust and understanding of different points of view. If we hadn’t done that, progress would have been slower.”

Keep Your Head Up

As the post-merger integration process got under way, the five business unit heads gathered at least once a week to hash out issues, agreeing on the unifying principles they wanted to communicate to employees. This was the right approach, says Dr. Beckett. “Our No. 1 design principle in cultural integrations is: people support what they help create.”

The executives debated how to transform CenturyLink’s existing set of operating principles into a compelling message for the new employee base. “We wanted to create a culture where people took risks and acted with a sense of urgency, while putting the customer first,” Mr. Irvin says. 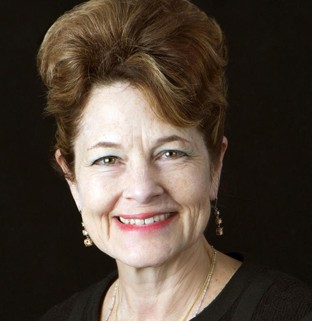 “When mergers fail, people frequently say it was because there was a cultural mismatch.”

The culture steering committee put together a set of “guiding principles,” including “celebrate success” and “maintain a positive attitude.” The last was critical, given the many changes that accompanied the acquisition. “You could find yourself not leading a project anymore,” Mr. Irvin says. The executives had little plaques called “mood elevators” placed on their desks. The idea was to remind everyone to “show up to meetings and discussions curious instead of tired, thinking ‘I don’t want to listen and already know the answer’,” he says. “We wanted everyone to have ears open and eyes open, ready to contribute and assist.”

Over 300 leaders have attended training sessions to learn how to steer employees through the acquisition, and the program is now rolling down throughout employee ranks. In a 2017 letter to shareholders, former CenturyLink CEO Glen Post noted that while the “cultural integration program” the company launched was not as tangible as “network integration,” “bringing the teams together into an effective and high-performing unit is critical to our success.”

Mr. Irvin has looked for ways to build a cohesive culture and provide leadership opportunities for the 2,000 employees in his unit. M&As are fretful times, where employees are concerned about their positions and careers. So Mr. Irvin initiated a program through which his leadership team identifies ways to implement new programs, improve processes and boost the customer experience. After prioritizing ideas based on likely outcomes, an executive sponsor and project manager are assigned to each of them. A team is created to develop a plan, built around increments of 30, 60 and 90 days, to rapidly transform the organization.

“These projects allow employees within our business unit to have leadership opportunities and a chance to drive change within a major corporation,” he says.

The inclusive approach melds culture and performance. “Anchoring culture into the results an organization produces, especially breakthrough results, ensures that the value is captured and directly infused in the day-to-day work of the enterprise,” Dr. Beckett says.

Projects can lead to promotions. For example, a project manager for one technology project was recognized for driving implementation outside of the business unit including to IT, human resources and marketing. The employee was recognized at a company event honoring top performers.

CenturyLink is earning plaudits too. In a conference call last August with stock analysts, CFO Sunit S. Patel described how financial benefits from the acquisition were ahead of schedule. He specifically called out improved productivity from sales teams in Mr. Irvin’s unit. Mr. Irvin thinks the consistent emphasis on culture, early on, was a big reason why such gains were possible.

“During an M&A, CEOs are thinking, ‘What are my synergies, how can I produce the earnings expected of me?’” Mr. Irvin says. “I’m not sure that culture is something they have their antenna up for. But in the end, it’s the thing that makes the difference.”