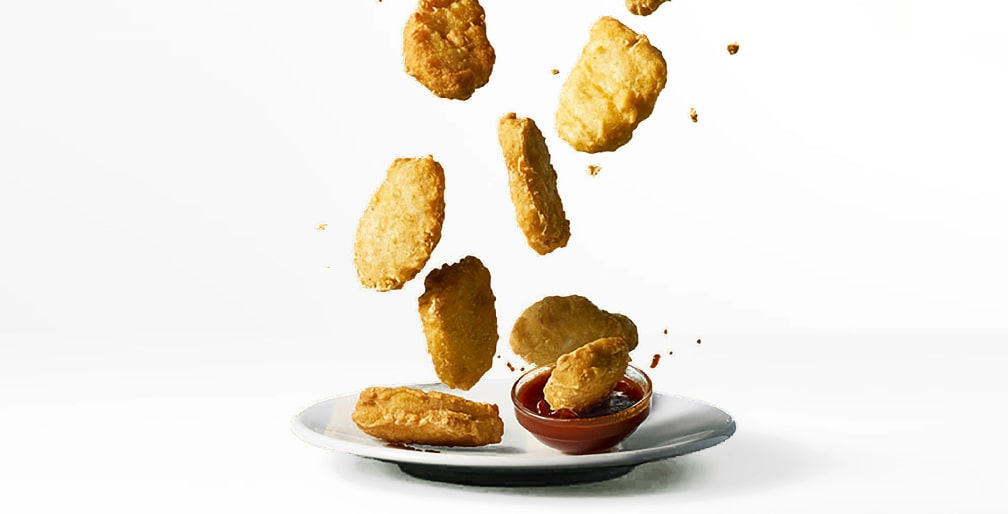 Successful Changemore from Up Next: Foresight 2030 issue

The world’s appetite for plant-based meat products is growing fast. The big tipoff is not just the rise of startups like Beyond Meat and Impossible Foods, but the fact that established food companies are jumping headlong into the alternative meat space as well.

[bctt tweet=”For example, Tyson Foods, the largest meat producer in the U.S. with $40 billion in annual sales, announced in June that it would launch a line of meat-free and blended protein products.” username=”insigniam”] “For us, this is about ‘and’ not ‘or,’” said Noel White, president and CEO of Tyson Foods. “We remain firmly committed to our growing traditional meat business and expect to be a market leader in alternative protein.”

What is driving so many to compete in a space once seen as a niche market for vegetarians and vegans? The answer is a younger demographic, with customers who are hungry for products that are equally nutritious, ethical and environmentally sustainable.

“This is a long-term trend driven by people who care about health, animal welfare and the environment.”

“This is a long-term trend driven by people who care about health, animal welfare and the environment. There’s enough momentum behind the idea that meat’s got to go,” says Christie Lagally, founder and CEO of Seattle-based Rebellyous Foods. Her company makes plant-based nuggets and other chicken-like products, and designs machinery for plant-based meat production. (Rebellyous’ tag line: “No harm. No fowl.”)

New food technologies have been key to the boom. From the beginning, new players like Impossible Foods thought well beyond black beans and tofu, spending tens of millions on R&D to produce a genetically engineered yeast called “heme” that can accurately mimic the mouthfeel, flavor and look of ground beef. In their effort to redefine the market, brands like Beyond Meat are aiming for supermarket meat aisles so their products compete directly with the real deal.

Barclays estimates that the market could reach $140 billion within the next 10 years, taking a 10% bite out of the global meat industry market share. Excitement reached fever pitch last year when Beyond Meat went public with a $10 billion valuation. Beyond Meat and competitors like Impossible Foods are now appearing at drive-thru windows too, boosting sales at fast-food chains like White Castle, Burger King, A&W Canada, TGI Fridays and even Dunkin’.

“Plant-based meat has arrived in mainstream USA,” says Zak Weston, a food service analyst for The Good Food Institute, a research and advocacy group that promotes plant-based products. “Companies are seeing omnivores and flexitarians show interest in these products. They’re rushing to meet that demand rather than be disrupted.”

“Companies are seeing omnivores and flexitarians show interest in these products. They’re rushing to meet that demand rather than be disrupted.”

According to a report released last year by the investor network FAIRR, five major companies are proactively positioning themselves for the alternative protein boom: Unilever, Tesco, Nestlé, Marks & Spencer and Conagra. This fall Nestlé-owned Sweet Earth debuted its Awesome Burger in the U.S., while Nestlé’s Big Vegan TS burger began appearing on McDonald’s menus in Germany last April. Tesco is expanding its plant-based options, too, according to a spokesperson, who said the company recognizes that “food production and consumption has a significant impact on the environment. We want to make it easier for customers to eat a sustainable diet.”

Jo Raven, engagement manager at FAIRR, says nearly all the companies the investor group approached had a positive reaction: “We saw a real appetite from companies wanting to know how their peers are doing and how investors are looking at the issue.”

Many in the plant-based protein industry liken their product to the growth of milk alternatives made from soy, nuts and oats—which gained popularity in the 1990s and now command 13% of total milk sales, according to the Plant Based Foods Association. But while the dairy industry reacted very defensively to the emerging market, meat producers appear to be taking a different approach.

“We didn’t come across any particular company that had a strong pushback or said, ‘This is just a fad,’” Ms. Raven says.

These fast-changing dynamics mean that some manufacturers already established in the alternative meat market have had to play catch-up. In 2018, the Kraft Heinz Co. undertook a makeover for its vegetable protein brand BOCA. “BOCA went through a major brand refresh, which included updating our packaging and recipes to get closer to our heritage as one of the originals in the meat alternative space,” says Caio Santos, category head of frozen foods marketing at Kraft Heinz. The company “improved the color, texture and aroma to get closer to ‘the real thing’ to improve the overall taste.”

Ms. Lagally of Rebellyous Foods says she decided to focus her company on chicken nuggets because of their popularity: Americans order more than 2 billion chicken nugget servings yearly, according to NPD Group, a research company. Ms. Lagally said she welcomes industry veterans such as Tyson into the meatless product space.

“That opens the market more for us. For a big player to get into the same market as a small player like us brings down the risk,” she says. “It’s really a massive opportunity that can’t be addressed with one company anyway.”

Alternative proteins could hit $140 billion, taking a 10% bite out of the global meat market. The rapid rise of these products proves how evolving consumer preferences for socially responsible choices are sparking innovation and opportunity. Armed with new technologies miles beyond tofu and black beans, both upstarts and established players are giving consumers tastier options, while also lessening the toll of food production on the environment.