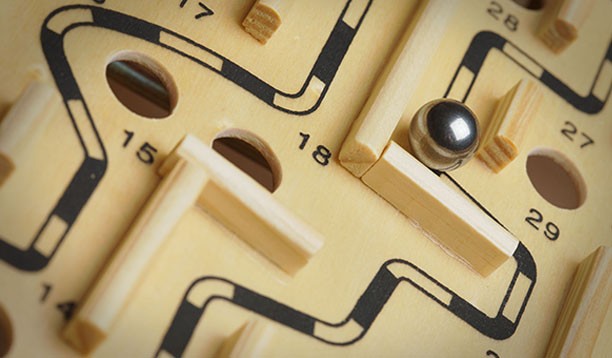 By natalie.rahnDecember 2, 2013No Comments
By Geoff Williams minute read

A Paris-based consultant and partner with Insigniam, Le Folcalvez’s global background is rich and deep. With French parents and lineage (her grandmother was active in the French resistance during WWII), Katerin was raised in the Caribbean, educated in England and Germany, lived and worked for seven years in Hong Kong, joined Insigniam in California for several years and has led the company’s Paris-based European practice for 13 years. She has worked extensively with senior executives in countries as diverse as China, Indonesia, Japan, Turkey, Portugal, Spain, Russia, and Kazakhstan.

That first-hand experience has allowed her to identify what she calls the “cliché trap.” In an effort to be thoughtful and inclusive, some executives latch onto a misguided stereotype and find themselves a stranger in a strange land. Like almost all stereotypes, these beliefs come from painting with too broad a brush. Even countries in the same regions of the world can be quite different culturally.

“If you want to talk about leadership in Asia, consider that you have countries like China, South Korea, Indonesia, India, and they don’t share much history or a culture,” says Le Folcalvez. “They really have nothing in common with each other. We should kill, once and for all, the attempt to generalize and find regional leadership traits. It’s way too limiting and simple. A Belgian person is different from a Sicilian and they are both European.”

CONCENTRATE ON UNIVERSAL QUALITIES OF LEADERSHIP

True leaders have qualities that aren’t a product of one region or country but are innately human, Le Folcalvez says. It is something easily forgotten, because it is a very human characteristic to want to slap labels on people in order to make communication easier.

“If you look at Li Ka-Shing, Asia’s wealthiest citizen and a generous philanthropist, and the way he built his fortune, his traits are universal,” Le Folcalvez says. “He is committed, highly demanding of himself and authentic. … The true spine of a leader is universal and independent of their cultural background.”

Instead of trying to find the little things that may be different about leading in a new country, focus on those characteristics of effective leadership that are universal. Le Folcalvez says successful leaders, regardless of nationality, tend to share four characteristics. They:

→Never compromise on quality. People who have managed to get their company out of the unknown, no matter where they were, have based their turnarounds on higher quality than the competition.

→Are agile and curious; always open to learning and to unlearning what they already know. Universally, disruptive leaders are never satisfied with the now. They want to know what is next, curious about the future and what they will need to know moving forward. They want to understand what makes people and systems around them tick: colleagues, employees, customers, markets.

→Develop and grow leaders. Whether in politics or business, leaders are interested in building a legacy. The leaders they leave behind them are that legacy. In effect the best leaders are also teachers.

CHALLENGE WHAT YOU THINK YOU KNOW

While cultural traits may give leaders a general idea of how to deal with a culture, whether in terms of management or in terms of leadership, these tips and techniques are never the whole story. Leaders can not be slavishly beholden to the clichés. They have to get interested in who they have in front of them, the unique individuals they are working with. Leaders have to make sure that those people know where the leader wants the company to go and that future has been conveyed.

“There are volumes of literature about leadership styles in different parts of the world, and, at least to me, the overwhelming feeling after reading them, is that a lot of it is shallow generalization,” says Le Folcalvez.

For instance, Le Folcalvez says, you often hear that in Asia the focus for leaders is on execution and not creative thinking. In effect, they want to be told what to do. But Le Folcalvez says that she has met as many Asian executives who are innovative thinkers and enjoy challenges as in other parts of the world. In fact, the pace of change in Asia forces Western executives doing business there to questions all their assumptions about how things should be done!

Another oft-repeated cliché, one which amuses Le Folcalvez: “You’ll meet people who are very culturally savvy, and they’ll tell you that when you’re in Asia, people don’t like to lose face, so you have to make sure you don’t offend them. Well, I don’t know anyone who enjoys losing face anywhere in the world. Nobody likes to be slammed by their boss or put down in public.”

Le Folcalvez also says that she frequently hears how in the Middle East the respected leaders are loud, charismatic, and authoritative. “Again, I know very respectful, low-key leaders who are very successful.”

DON’T LOOK TO OTHER LEADERS AS ROLE MODELS.

It is tempting to emulate the leadership styles of those who have the ultimate leadership positions. But the leadership characteristics that German Chancellor Angela Merkel or Brazilian President Dilma Rousseff employ won’t necessarily work for anyone else. They operate in a political domain that is very different and distinct from the business domain with its own rules and dynamics. Besides, as Le Folcalvez points out, “Unfortunately, in most of the countries that I’ve worked in, including my own, France, people don’t have that much respect for political leaders.”

Even when considering the most successful global business leaders, do not take too much direction from how they do business. There are many factors that influence what a leader does including cultural ones. True learning comes from observing who the leader IS — their values, their commitments.

ADAPTATION SHOULD BE A CORE COMPETENCY.

Good leaders, the ones who hopscotch across the globe, are also highly adaptable, Le Folcalvez says, and invest time in learning the history and the philosophy behind each nation’s educational system, two lynchpins to truly understanding how a country ticks.

“The best leaders have an agility and curiosity and appreciation for the environment they’re in,” Le Folcalvez says. “There’s a general manager of a company I know, and I’ve seen him in the Czech Republic, Japan, and Russia, three very different environments, and every time he comes into a country, he is able to put aside all his reference points, and he gets immersed in his new environment to understand how things work, and then he adapts. What is very interesting about him is that when it comes to a country’s culture and way of doing business, he never judges — and never compares.”