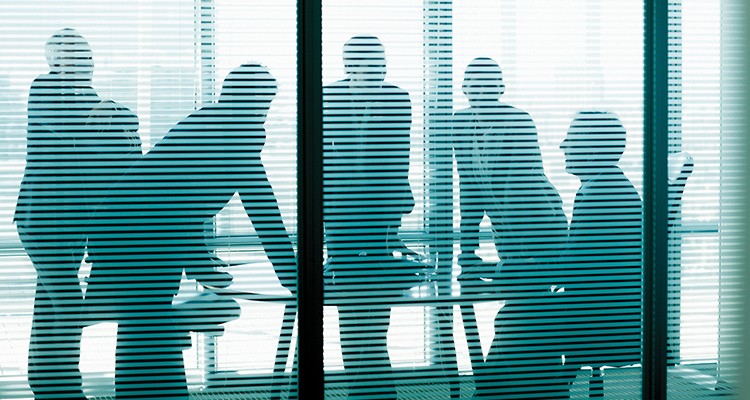 Agility in the boardroom is at once simple and complex. On the one hand, it’s straightforward: Hire the right people. On the other hand, keeping a board flexible requires constant attention and strategy, not simply contorting to fit rapid marketplace change.

Ilene S. Gordon, who sits on the Lockheed Martin board of directors, and Patrick Dailey, a founder and partner of BoardQuest, share here what qualities to seek in board members and how to keep pace with or even stay ahead of the market.

A graduate of MIT and former CEO, president and chair of Ingredion Incorporated, Ms. Gordon has been a trailblazer in business. While at Ingredion (formerly Corn Products International), she became the 21st female CEO of a Fortune 500 company when Ingredion’s sales reached $6 billion in 2012. She helped manage a successful acquisition and rebranding of the century-old enterprise. She retired from her CEO position in 2017 and has been serving on Lockheed Martin’s board since 2016. “Its people, diversity and issues make it a very exciting company,” she says. “It also has a very diverse board, so we are a good team.” Ms. Gordon also serves on the board of International Paper Company. 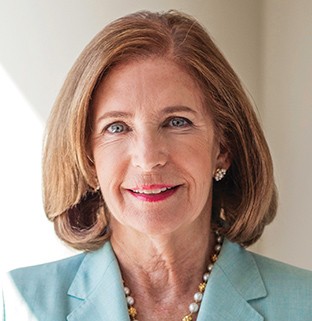 “I say among the best board members are newly retired CEOs. We have more time, and we’re fully in the know. We understand what’s happening. We have personalities that are totally engaged in everything.”

“I say among the best board members are newly retired CEOs. We have more time, and we’re fully in the know. We understand what’s happening. Click To TweetMs. Gordon says. “We have personalities that are totally engaged in everything. We have a process, and you need a new process once you’re not in your company. People aren’t bringing you the data; you have to get your own data.”

This goes along with Mr. Dailey’s experience helping companies create agile boards. “Board members really have to be astute about where the marketplace is going,” he says. “They don’t have to step inside their company at all to understand that, but too few are willing to invest the time and the energy to work on the outside,” he says. “They think they come to board meetings and everything they know about the company they’re told by the leadership team of the company they’re working for. And it will never get you ahead if everything you know is from being told by the company you’re working for.”

Mr. Dailey’s expertise on boardroom agility was developed over the course of a career that has included roles at Hewlett-Packard, Lucent Technologies, PepsiCo and other Fortune 100 companies. He currently serves on the advisory board for Kennesaw State University’s Corporate Governance Center and the faculty of the University of Georgia’s Directors College.

At BoardQuest, he and his partners evaluate boards and executive compensation; they also get boards “out of trouble,” help find the right talent, and get “the wrong people off the bus.” Both Ms. Gordon and Mr. Dailey—who began his career as an industrial organizational psychologist and corporate consultant—have a vision of what makes an agile board. Here, they paint a picture of what that looks like.

“It’s critical that there is a common understanding of the role the board plays—what decisions they are a part of making, when they need to be consulted, when they are providing oversight,” says Insigniam partner Jon Kleinman. “That purpose must be in alignment with the executives of the company to ensure that roles are clear and issues get raised and resolved efficiently.”

Crucial to creating a nimble board is understanding its function and best practices. Much of what Ms. Gordon learned as a CEO, she applies to work as a board member. She has a three-part philosophy.

“Number one, hold people accountable and set tough goals. Two, regularly monitor progress. It could be a quarterly review, but there are metrics that we all set for ourselves, for our teams. Three: Address problems head-on. You always remind people, ‘This isn’t a feel-good situation.’”

Mr. Dailey mostly served on boards for semi-startups. “There was a lot I had to do to try to grow a company quickly to ensure that we had leadership that could scale from founder mentality to a full-fledged business,” he says. “And we had to make those transitions smoothly with the workforce.” 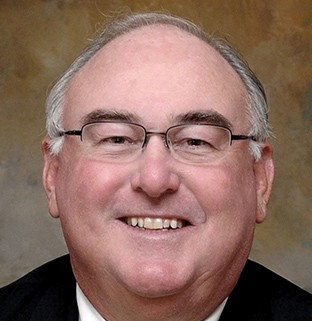 “Agility is adaptability; it’s thinking ahead of the business. You are not there to preside. You are there to see over the horizon and see around corners.”

A board has to be flexible to be successful, says Mr. Dailey. “Agility is adaptability; it’s thinking ahead of the business. You are not there to preside. You are there to see over the horizon and see around corners, to help the leadership team—most often the CEO—anticipate the opportunities and the threats.”

‘Hope Is Not a Strategy’

Concrete steps to resolving problems are key. “It’s important to deal with issues right away and not hope that they’re going to go away,” says Ms. Gordon. “Hope is not a strategy.”

The retired CEO says she always has what she calls plans A, B and C. “Plan A is what you’re going to be implementing. But if something doesn’t go right, you need a plan B, and then you always have a backup to the backup plan, which is C. Continuous improvement and operational excellence ensure agility, which is flexibility.”

“It’s critical that the board is clear about the company’s North Star, so that when they need to pivot there is some aligned-upon reference to guide strategic decision- making,” says Mr. Kleinman.

Good planning is rooted in education, according to both Ms. Gordon and Mr. Dailey.

“I always say that they need to read everything,” says Ms. Gordon. “They have to be involved and allocate the time. The word is ‘relevant.’” That means attending industry meetings, conventions, workshops and other gatherings.

Furthermore, Mr. Dailey says, board members can’t be agile or progressive if they’re not willing to spend considerably more than 200 hours a year on board business: “When I’m recruiting, I say it’s 300 to 400.”

Early in Ms. Gordon’s tenure as CEO of Ingredion, an opportunity came about to acquire National Starch.

“It wasn’t in the plan, but it was a great opportunity. It was successful because we were able to make a speedy decision. We had a board that was very supportive and very in tune with the strategy. So we laid out the strategy, we communicated it to Wall Street, our investors. And our board was very engaged.”

Jim Zallie was the president and CEO of National Starch when Ingredion acquired it in 2010. “It was a great match,” says Ms. Gordon. “I remember saying to Jim when we made the acquisition, ‘Part of the reason we were successful was not only our speed, but that we were looking to build our management team with talent.’” National Starch had just that.

“Too often the very basic under-standing of the role the board plays is overlooked and assumed. This later causes confusion around what decisions they are a part of making, when they need to be consulted, when they are providing oversight.”

“I was able to go to National Starch within 24 hours and say, ‘We need you.’ Jim Zallie stayed around, and most of the team stayed around for years,” Ms. Gordon says. “We needed this talent to build Ingredion for the next chapter and we didn’t have that internal talent. And so many of them stayed around, which is great; Jim’s running the company now.” Mr. Zallie was appointed president and CEO of Ingredion in 2018 and elected to its board of directors in 2017.

The Art of Questioning

“Agility in the boardroom means healthy questioning of the management team,” says Ms. Gordon. “The board is insisting on [management’s] knowledge base to help us be better. So they look at it as a positive. We’re paying attention, we’re looking at the issues, we’re pushing back on strategies. I call it ‘pressure testing.’” She adds that it’s important for board members to be flexible in their availability to the CEO.

“This healthy questioning of the management team or of the CEO to make sure that the strategies are fully thought-out is important. I always say I’m amazed but I shouldn’t be, because the board helps select the CEO. It’s a key role.”

One important question Ms. Gordon asks her teams is “Could this stand the scrutiny of being on the front page of the newspaper?” She says this question is not a matter of not wanting to be “outed”— it’s about doing the right thing.