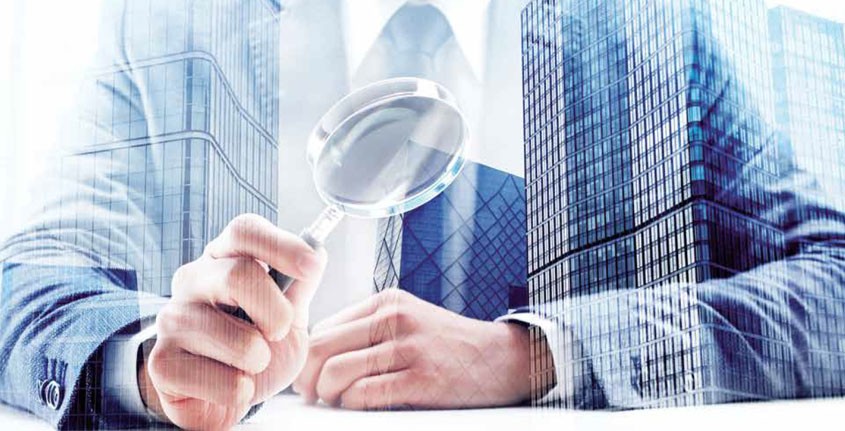 More Than a Watchdog

Nose in, fingers out. It is the modus operandi for most boards. Directors oversee the organization’s overall performance but steer clear of everyday management matters.

This distance from the day-to-day, however, should never keep boards from delivering on another of their most crucial of responsibilities: holding the CEO accountable. “The board is the one entity that outlasts a single CEO,” says Ron Williams, a board director for Boeing, Johnson & Johnson and American Express, and chairman and CEO of RW2 Enterprises. “They are the keepers of the corporation itself, and they need to be sure the CEO leaves it well-positioned for the future.”

When directors fail to execute on this duty, and poor performance ensues—whether it is financial, functional or sometimes even behavioral—board members can find themselves in the hot seat. 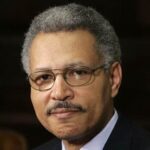 “The board is the one entity that outlasts a single CEO. They are the keepers of the corporation itself, and they need to be sure the CEO leaves it well-positioned for the future.”

Take the example of software startup Brightcove. In May, hedge fund Tenzing Global Management, a long-term Brightcove stockholder, issued a statement encouraging fellow investors to withhold their votes for CEO David Mendels and director Derek Harrar in the board elections at the company’s annual meeting. The move was in protest of what Tenzing cited as the board’s “failure to hold CEO David Mendels accountable for the substantial destruction of value that stockholders have suffered for over five years.” The call to action worked. A record-setting number of votes were withheld two days later, resulting in each director failing to receive the majority needed for re-election. In a statement following the vote, a Tenzing managing partner said, “We urge the board to ask for the immediate resignation of Mr. Mendels as CEO and to reconstitute itself with new directors who have a vested interest in creating sustainable stockholder value over the long term.”

The scenario illustrates the dangers boards face if they get too comfortable with a CEO—and the importance of listening to divergent voices.

“The board is obligated to listen to divergent points of view and to decide the right course of action,” says Mr. Williams—even if that course is disruptive. If shareholders reveal significant opportunities for improvement, aligned with the company’s strategy, then the board must take action. “The investor community is one of your constituents, and you need to pay attention to what they need.”

Beyond the Bottom Line

The most obvious metrics used to evaluate CEOs track financial performance, says Don Delves, a director of the advisory firm Willis Tower Watson. “One of the board’s primary roles is to set financial objectives for the year, and they tie management’s compensation to achieving those goals.”

A typical board may meet four to six times per year to audit performance and get updates on how well the business is doing against its financial goals—seeing where it falls short, and what, if any, changes need to be made. “These reviews create a rhythm of accountability throughout the year,” Mr. Delves says.

But Jay Lorsch—professor of human relations at Harvard Business School and editor of The Future of Boards: Meeting the Governance Challenges of the Twenty-First Century—says it is important for boards to take a broader view of the company’s performance under the CEO. “Looking at earnings alone is inadequate,” he says. When boards focus their judgments on the company’s quarterly earnings (and resultant stock price), it can force short-term decisions that jeopardize the long-term sustainability of the company. 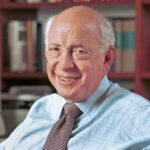 “Both sides have to agree on the vision and goals for the company, and the board has to give the CEO the opportunity to deliver. Without that trust you can’t make long-term change.”

—Jay Lorsch, professor of human relations at Harvard Business School and editor of The Future of Boards: Meeting the Governance Challenges of the Twenty-First Century

Boards should also assess the CEO’s progress on long-term goals and the company’s ability to innovate and adapt to changing market needs. These things often tie back to elements at the company’s core: its culture, talent and sustainability practices, for example. If a business only makes a profit by overworking employees, relying on cheap vendors or abandoning promising long-term business opportunities, the company—and the CEO—will not survive.

Unfortunately, it can be more challenging for boards to track and measure qualities and capabilities beyond company finances. “Most board members understand the importance of things like culture, reputation, employee engagement and talent development, but some may not know how to build or track balanced scorecards reflecting these issues,” Mr. Williams says.

The best approach, he says, is to link the long-term vision for the business to its day-to-day operations. As an example, Mr. Williams cites Johnson & Johnson. The company’s credo is to put the well-being of customers first, and its board takes that idea to heart. It evaluates all aspects of the business—including culture and work environment— accordingly. “The credo sets the guiding principles for the company and the board,” Mr. Williams says. It also gives management a base for answering difficult questions, which makes measuring the culture and long-term performance more tangible. “If something isn’t aligned with that credo, they know they need to change it.”

Standing by a CEO

The question of accountability becomes especially thorny when a company is investing in a long-term strategy that may not show immediate results. Mr. Lorsch points to PepsiCo CEO Indra Nooyi to illustrate this reality.

Ms. Nooyi set the ambitious goal of transforming Pepsi’s brand. She wanted to pull the product focus away from sugary drinks toward more healthy products. The goal was to create a more sustainable business model that generated new revenues and created a more positive brand identity. It was a smart long-term strategy considering the role sugary drinks have in the obesity epidemic, as well as the limitations that water scarcity places on the company’s manufacturing plants.

“She had the support of the board,” Mr. Lorsch says. “But the transition has been complicated. Despite the fact that PepsiCo has achieved steady growth, earned respectable profit margins and delivered consistent returns to shareholders during [Ms.] Nooyi’s tenure, she has gotten constant negative attention from analysts and stockholders alike.”The problem? Coca-Cola—PepsiCo’s longtime rival—has had better stock performance in the last few years. “For many shareholders that is the only measure that matters,” he says.

Having the board’s support has been vital to Ms. Nooyi’s ability to make major changes that will shore up PepsiCo’s long-term sustainability, and it underscores the importance of building trust between CEOs and boards. “Both sides have to agree on the vision and goals for the company, and the board has to give the CEO the opportunity to deliver,” Mr. Lorsch says. “Without that trust you can’t make long-term change.”

Boards may face flak from stakeholders eager for immediate gains, but if the CEO has a clear strategy and can demonstrate incremental gains, it can be easier for the board to hold its ground. The CEO, in turn, can more confidently face shareholders with a message about the strategy and plans to achieve it without losing board support. But ultimately any board should be wary of becoming too closely associated with a particular CEO. Its members must keep its eyes focused on the future of the company, Mr. Lorsch says, to ensure the business thrives long after current management—and the directors themselves—are gone.

A Matter of Opinion

It is not often that the board is responsible for protecting a company’s reputation. But, when executives go rogue in a way that is publicly embarrassing or unethical and the impact is felt by shareholders or stakeholders, they may have to take a more active role, says Don Delves, a director of the advisory firm Willis Towers Watson.

“The board has the right to fire CEOs and initiate a new search, but it’s the most difficult decision they will ever have to make.” Ideally, in those situations, the CEO will quietly resign to “spend more time with family.” However, if they will not go quietly, the board has to think carefully about whether termination will do more harm than good. “It creates a lot of uncertainty and can shake the management team—even if it was the right decision,” he says.

Boards must walk a delicate line. They need to consider whether a CEO has the capacity to lead, whether they help or hinder employee motivation and whether their behavior affects productivity or stock value.

This is not to say that all public displays have a negative impact. While CEOs tend to keep a low profile on social issues, many business leaders have been praised recently for making public statements about issues that are meaningful to their customers. Jay Lorsch, professor of human relations at Harvard Business School and editor of The Future of Boards: Meeting the Governance Challenges of the Twenty-First Century, points to Merck CEO Kenneth Frazier, who was applauded for resigning from President Trump’s American Manufacturing Council last year in protest of the president’s response to violence at a white supremacist-organized rally in Charlottesville, Virginia, USA. “It’s not just about doing what’s right. You also have to weigh the impact [on] the business,” he says. 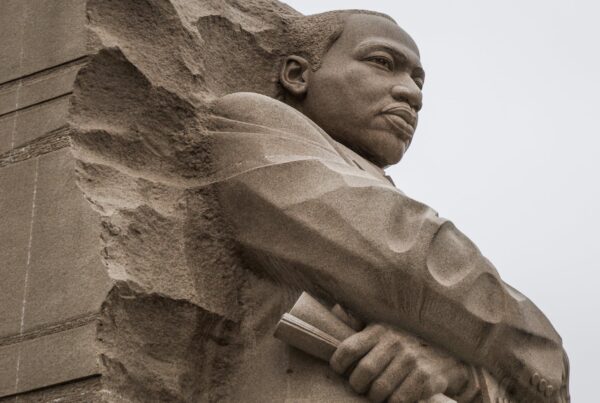 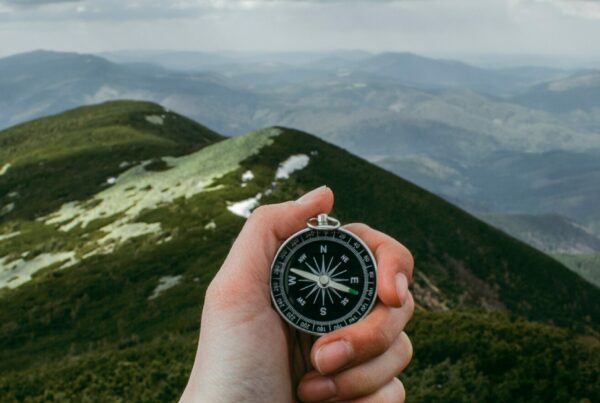