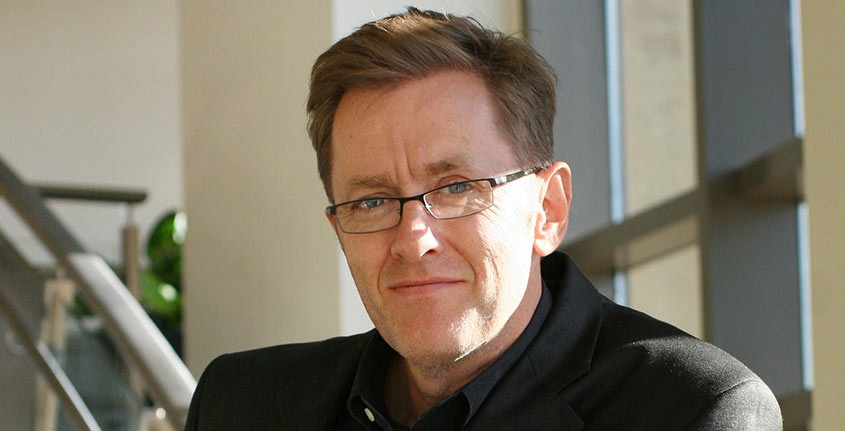 In order for companies to compete, grow, and reach their strategic horizons, technology must play a large role in how they evolve. While technology can transform an enterprise in many ways, it can also stall and handicap companies engaged in the execution phase of complex enterprise technology transformation strategies.

The questions are many: How do CIOs, CTOs, and their peers better work together to ensure momentum and success? How does technology change impact a company, and what is on the list of things companies often do not think about once the trigger is pulled on large-scale tech investments? And with transformational technologies also changing customer and market expectations, how do companies resolve the dilemma of what to invest in?

To answer these highly complex questions,we spoke with Robert Wiseman, who most recently served as CTO of U.S.-based Angie’s List, a paid-subscription website containing crowd-sourced reviews of local businesses to help facilitate transactions with nearly 3 million consumers nationwide. He shared his thoughts on these and numerous other technology-related transformation challenges that can ultimately lead to a company’s success or failure.

Insigniam Quarterly: Tell us a little about your background and key accountabilities.
Robert Wiseman: I have spent most of my career driving technical innovation in the travel industry, holding CIO/CTO/ SVP IT equivalent roles since 2000. I consider myself a Business IT partner who has led IT transformations and technology strategy at several major companies resulting in hundreds of millions of dollars in cost savings, greater efficiencies through standardization, and enablement of product and business differentiation.

My most recent position was acting as CTO at Angie’s List reporting to the CEO. I ran all technology from operations to development to architecture and led a technology transformation effort migrating from a legacy .Net platform to a new containerized, cloud-based, fully open-source solution built on Scala and Ubuntu Linux.

IQ: Considering your extensive CTO background working with enterprise technology, what are your thoughts on the dilemma that big companies face today in making technology decisions?
R.W.: They are very likely building tomorrow’s headache today. As the ever-increasing rate at which technology — and also technology providers — comes and goes, almost every technology solution around today will very quickly become tomorrow’s legacy system and need to be replaced.

Good CTOs get this. They ensure that systems are designed with obsolescence in mind with clean abstraction layers, and they resist the temptation to tightly couple themselves to any particular technical feature or vendor that might increase the difficulty of switching at a later date. Future competition will inherently be built on newer technology. If that newer technology provides them with a competitive advantage that you are unable to leverage because you didn’t design this way, you may well be putting your company’s future at risk.

IQ: Describe how the CTO and technology team at Angie’s List previously worked with other C-suite leaders to position for either ongoing transformation with technology or big knife-edge decisions?
R.W.: As I mentioned earlier, Angie’s List embarked on a major effort to replace its legacy Microsoft stack with a containerized, cloud-based, open-source Linux stack. Similar to a doctor’s Hippocratic Oath (“do no harm”), our first goal was to make sure that the new platform was at least as good as the system it is replacing — in addition to ensuring we delivered on certain Non-Functional Requirements (NFRs) that guarantee to make it better. Those include faster response times, greater scalability and resiliency, ease of maintenance, faster time to market, etc.

IQ: What are five things that companies underestimate when it comes to implementing new technology across the enterprise?
R.W.:

IQ: Talk about your build-for-failure philosophy. Is that a difficult topic within most companies to discuss?
R.W.: Ironically, I think that IT people seem most surprised by this. I can’t count how many times I’ve asked an engineer, “What happens when this fails?” and been met by an incredulous blank stare.

Technology fails. It always has and always will. This is more true now than ever as most companies start to migrate their operations to cloud providers that are financially motivated to offer lower-cost and therefore probably lower-quality technologies (hardware, OS etc.). Build your system right — organic, self-healing, highly redundant, distributed computing, designed for the inevitability of constant failure that is obvious to IT operations and transparent to end users — and this shouldn’t be an issue.

IQ: Oftentimes the right questions do not get asked when “the boardroom” is making broad, sweeping technology investment decisions. What are some questions that often do not get asked, which you recommend every CEO and their board should answer before a go/ no-go decision?

IQ: When a CIO talks with his/her CEO, how do you bridge tech speak and get buy-in to drive the right decisions?
R.W.: Be able to sell your ideas in each direction. Technical teams will want to know how this will enrich their careers and/or make them more productive; your peers will want to know that at a minimum, they won’t be negatively impacted by this if it fails and, if it’s a success, they get to share in the upside and glory; but your CEO will mostly want to know how it will improve the bottom line.

IQ.: What are some lessons learned? What would you advise another CIO/CTO on when it comes to leadership, people, creating change, and being innovative?
R.W.:

If you’ve just taken over a project, you have a rare honeymoon. Cherish it and use that time to understand all the problems you have adopted and come up with a plan to resolve them. After six months, you own any problem you haven’t flagged. Get independent third parties to help deliver objective expertise.

At the start of any new project, make sure you have organization-wide support up, down, and sideways. Each direction will probably require a different selling point — understand how to express that clearly and concisely. Respect the opinions of others. There can be lots of winners and only one loser, so it’s okay to share.

Make sure you have support to get to at least a logical stopping point. Stopping halfway may be worse than not starting.

IQ: What are some new, transformational technologies that companies should keep their eyes on?
R.W.: An important point to consider is the trend which existing technologies are following in terms of price per computational unit and how — to quote hockey legend Wayne Gretzky — we need to go to where the puck is going, not where it is. I’ve begun numerous successful projects without having the end-state technology available, as I was confident that by the time we were ready, it would be available or I could build it myself. Examples include Cloud Computing, Auto-Scaling, Cloud Brokering, and Off-Loading Air Shopping from Mainframe to Linux Servers. It’s important to view the cost-per-performance trends of foundational computing technologies like hardware, memory, and network bandwidth. In doing so, we see that historically each has made huge gains and still show little signs of slowing down.

Based on what we are paying today versus what we will be paying for the same horsepower, throughput, etc., computing will appear to be free. We shouldn’t limit ourselves by what something will cost because cost is a rapidly shrinking barrier.

Future competition will inherently be built on newer technology. If that newer technology provides them with a competitive advantage that you are unable to leverage because you didn’t design this way, you may well be putting your company’s future at risk.

IQ: How does technology impact culture at a company, and do you feel that companies could do a better job at evaluating the human factor of technology changes? If so, what might be some examples of where this has worked well in your opinion?
R.W.: Technology has a huge impact on the culture of a company, and the human factor is one of the most important aspects to consider — either when making changes or as a reason to make changes. Most people just want to do a good job. They want to feel that what they do is important and valued as such. Inadequate tools and technologies can gut an organization and kill its morale. I’ve had hugely rewarding responses by:

It’s important, therefore, to get continual feedback from your teams. Understand what’s stopping them from being great. Fix it and you’ll not only improve productivity, you’ll put a spring in the steps of your teams.