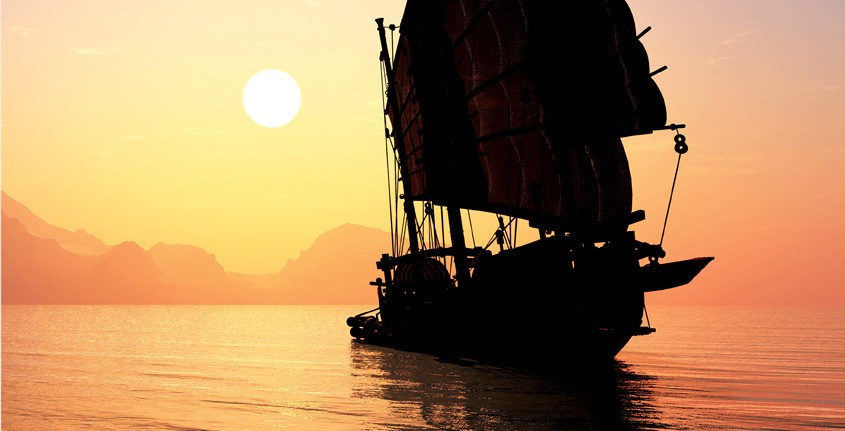 The Ticker: Execution in Action

By natalie.rahnAugust 25, 2015February 24th, 2022No Comments
By Insigniam minute read

e Belt, One Road project represents an almost unfathomable scale and level of ambition. It draws its inspiration from the historic Silk Road, a nearly 2,000-year-old network of trade routes established during China’s Han Dynasty that linked regions of the ancient commercial world. The modern route will run from China through Central Asia to Russia and Europe. A new system of ports will connect East Asia to Africa, and a new communications infrastructure will catapult the entire region into the third decade of the 21st century.

While the early focus is on building roads, railways, ports and airports, the vision also includes energy pipelines and communications networks. Caterpillar Inc., the largest construction equipment manufacturer in the world, is positioned to play a huge role in supplying the massive project—it has 29 factories, four research and development centers, and three logistics and parts centers across China. Tom Pellette, Caterpillar’s group president for construction industries, says the One Belt, One Road infrastructure investment will cost about $600 billion annually from 2015 to 2019 Click To Tweet  alone, a high-level estimate that he bases on initiative investment planning by the Chinese government.

The company must organize the infrastructure of people and resources to serve a large-scale, multicountry operation. There will be inevitable legal, political and cultural barriers to overcome. The opportunity is enormous, and the risks and potential for failure, although daunting, do nothing to disguise what this could mean for the companies involved and for global trade throughout Asia.

One Belt, One Road represents an extraordinary opportunity, not only for Caterpillar, but also for the people it will reach. “What excites me personally,” Pellette says, “is that this initiative will help improve the lives of many millions of people with improved infrastructure and access to energy. That is something special to be a part of.”China’s own statements describe the challenges of policy coordination, free-flowing trade, financial integration and people-to-people exchanges. Despite the inevitable challenges, Pellette and his teams intend to stay focused on long-term opportunities—and playing to their strengths. “Trust, teamwork, a global support base and keen knowledge of local conditions: These are what we think will be important for an initiative of this scale,” Pellette says.

Pellette relies on his vice presidents and their leadership teams to plug into the local conditions around the world and report back regularly. Their success depends on understanding their respective customers, markets, competition and growth possibilities, and being accountable for results. “My role is to provide leadership and direction, and that means discussing the issues, agreeing on direction, ensuring the team has the resources they need and providing support when necessary.”

With the majority of his employees outside the United States, Pellette travels frequently. He expects to travel to China at least four times this year. (By June, he had already been there twice.) In the meantime, because the One Belt, One Road initiative in China is still in its early stages, Pellette is working with his staff to “define specific areas where Caterpillar’s customers and dealers can play a role and ensure that we are being considered.” That includes conversations with state-owned enterprises that will be engaged in many of the projects along the route.

With a companywide focus on trusting long-term partners, understanding different cultures, developing local talent and communicating regularly and openly, Pellette is convinced that he and his global team are well-positioned as One Belt, One Road takes shape. “Close collaboration among stakeholders will be critical to the success of a global initiative of this scale, and that aligns with our belief—and practice—that working together as a team is more powerful than what we can accomplish individually.”

The sharing economy, noted for its disruptive impact on mainstream industries, is now estimated at $15 billion in 2014 global revenue, with projections by 2025 of $335 billion in annual revenue. Such disruption comes with consequences, however, especially for companies that confront instead of collaborate with local norms.

Uber, one of the bellwethers of the so-called sharing or on-demand economy, in which businesses and consumers collaborate in online marketplaces to make better use of underutilized resources, has drawn the ire of politicians and regulators in countries such as Germany, Spain and France.

Another leader in the sharing economy, Airbnb, the home-sharing service, also operates in France, with more than 40,000 listings in Paris. In contrast to Uber’s confrontational style, Airbnb has taken a more collaborative approach with local officials, who have praised the company for driving innovation in Paris’ lodging industry.In France in late June, two of the top executives of the ride-hailing service were detained by police who accused Uber of violating the country’s transport laws by operating an illegal taxi service. Uber, whose long-rumored initial public offering is pegged at up to $50 billion, operates in nearly 60 countries and 312 cities, but it was suspending its UberPop low-cost car-hailing service in France until matters were resolved.

The sharing economy is much more than rides and beds. The practice is taking hold in such industries as shipping services, construction equipment, office equipment, private jets and storage space.

As companies collect ever-larger amounts of data about customers’ browsing and buying practices, one leading academic says corporate leaders at the highest level of an organization naively misinterpret data that could boost revenue or lead to entirely new opportunities.

“Marketing and Analytics: What C-Suite Executives Should Know” was the title of a lecture hosted in April by Jean-Pierre Dubé, the Sigmund E. Edelstone professor of marketing at the University of Chicago’s Booth School of Business. Dubé told his audience that many corporate leaders mistake correlation for causation when interpreting big data. Click To Tweet  In other words, just because two variables coincide with each other doesn’t mean they are connected by a cause/effect relationship. That thinking can lead to overly broad—and potentially incorrect—conclusions. “Be careful that after using fancy computer science methods, your social science doesn’t boil down to a leap of faith,” Dubé said.

Dubé suggested that C-suite executives hire data scientists to do sophisticated data analysis by testing and retesting hypotheses and acknowledge that correlation is not causation.