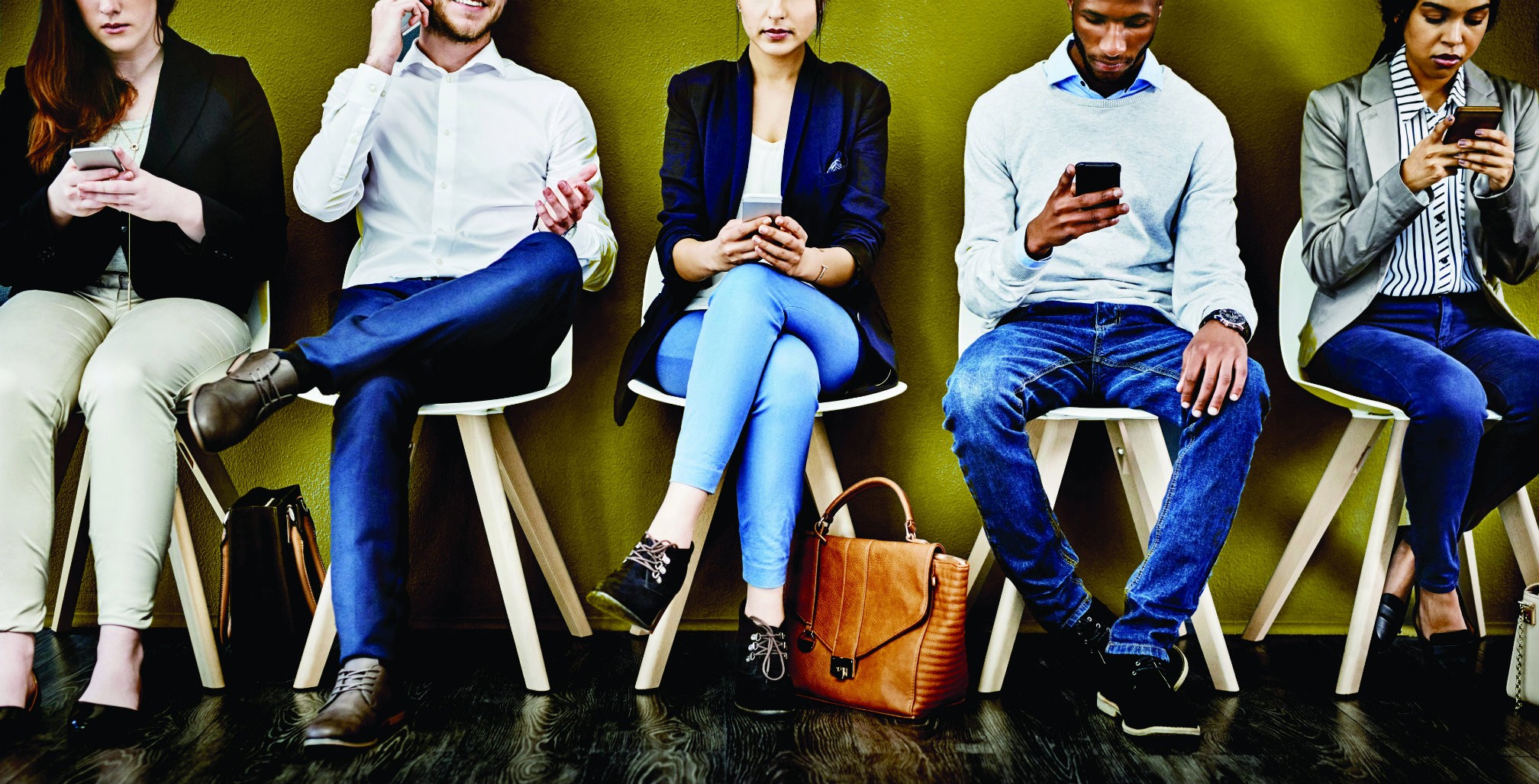 The War for Talent

Good help is getting harder and harder to find.

Organizations are careening fast and furiously toward a global talent shortage that could reach 85.2 million people globally by 2030, costing companies trillions of dollars in lost economic opportunities, according to recent research from Korn Ferry.

The looming crisis is spurred by a number of factors. In the United States, the unemployment rate is the lowest it has been since 2000—making for a very tight labor market. Forty-five percent of global employers told Manpower Group that they are having difficulty filling jobs, the highest level in the 12 years that Manpower has been conducting surveys.

“There’s a global need for the same engineering talent,” says Michelle Collins, director of marketing, public relations and talent acquisition at BorgWarner, a $9 billion global automotive components supplier. “Everyone is clamoring for that same talent.”

It is a problem that spans sectors and industries. There are now 350,000 unfilled cybersecurity jobs in the United States, and forecasts show that this shortfall could grow tenfold by 2021, according to 2017 The Cybersecurity Jobs Report by the Herjavec Group.

In financial services, Korn Ferry predicts several countries—including Singapore, the U.K. and the U.S.—will experience a combined deficit of 2.6 million highly skilled workers by 2030. The report also predicts that by 2030, manufacturers face a staggering global labor shortage of 7.9 million people. Companies’ ability to get goods to market is threatened as well: According to the American Trucking Associations, the United States could be short more than 174,000 drivers by 2026, potentially causing major delays and shipping cost increases to orders from retailers such as Walmart and Amazon.

To combat the talent crunch, organizations are taking unprecedented steps both to find and retain candidates.

“The creativity people are bringing to the recruitment process is like nothing I’ve ever seen in my 23-year career,” says Traci Fiatte, CEO, professional and commercial staffing, Randstad US, an employment and recruitment agency for temporary and permanent staffing.

“Everyone is so busy that they forget this is a talent-driven market and people have choices. You’re not the only game in town.”

Get Them While They Are Young

Creativity can involve more than just scrambling to fill current job vacancies. Some major companies are now playing the long game, ramping up their efforts to seed in-demand skills at an early age. For example, since 2011, more than 400 companies, including IBM, Dow Chemical, National Grid and Verizon, have created public-private partnerships with high schools across the United States to offer a six-year program called P-Tech. Starting in grade 9, students can enroll to earn a high school and an associate degree in a science, tech, engineering or math (STEM) field. Participating companies offer input on the curricula, bring students on-site, pair them with employee mentors and offer paid internships.

“There’s a war for talent across all our competitors. We know we’re going to need a lot of different pathways to bring talent in,” Jennifer Ryan Crozier, president of the IBM Foundation, told CNN. “This is about preparing the next generation of the workforce. It’s not a short-term fix for roles we have open today.”

At BorgWarner, Ms. Collins also recognizes the need to start nurturing talent at an early age. Her company donates to STEM-related programs at colleges, high schools and even some elementary schools. The company also employs hundreds of college interns, giving them hands-on experience with automotive technology.

Internships are becoming a favored way for businesses of all kinds to nurture talent as they scramble to fill the gap between demand for talent and the supply of new graduates. The National Association of Colleges and Employers found that almost 60 percent of the students it surveyed in 2017 held an internship during their time in school, up from 49 percent in 2007. Almost 60 percent of those interns were offered jobs after they graduated, and more than two-thirds accepted.

But employers also know that building talent pipelines only through college campuses is myopic. With the cost of a four-year college degree increasingly out of reach for even middle-income earners, businesses are taking a more active role in furthering education. “When you think about the number of people who can’t afford college, how many talented people are we missing out on?” Ms. Fiatte says. She sees more and more of Randstad’s clients using apprenticeships to hire people with associate degrees and fund their four-year education.

The emphasis on young talent does not mean midcareer workers in need of a skills upgrade are left in the lurch. BorgWarner, for example, supports continuous skills development through “a robust training program that’s employee-operated, manager-led and executive-championed,” Ms. Collins says. The online learning portal comprises more than 200 courses in 15 languages, spanning the spectrum from financial principles to supply chain management to working in a culturally diverse environment.

Such programs keep the company in tune with the interests of its most promising people so managers can head off the frustration that causes people to leave.

The impact of high turnover goes beyond salary and recruitment costs, Ms. Fiatte says. “Bringing someone in, training them and ramping them only to have them leave is hard on your staff.” The people who remain are likely to be less engaged and more distrustful of management. That creates a vicious cycle that can lead to more turnover. “No one in an executive role underestimates the cost of turnover,” she says. Keeping employees engaged with their job and positive about their company is an ongoing process rooted in a culture that combines purpose, respect and the belief that everyone is valuable to the organization. One tactic BorgWarner uses to keep in tune with its people is a culture survey that goes to every employee. It covers topics like company culture, quality of the work environment and the perception of opportunity.

“We take that feedback very seriously,” Ms. Collins says. Focus groups dig down into issues that come up frequently in survey responses and recommend solutions like the gym facilities that now dot many of the company’s offices.

Large organizations are particularly prone to overlooking the warning signs of turnover. “There’s a tendency to think that everyone wants to work here, so managers wait too long,” Ms. Fiatte says. “Everyone is so busy that they forget this is a talent-driven market and people have choices. You’re not the only game in town.”

Defections can often be headed off by looking for signs of boredom, exhaustion or frustration and responding proactively. Employees may not necessarily be looking for transfers or new assignments, but by probing for their career goals, managers can anticipate alternative scenarios that would motivate them.

“There’s a war for talent across all our competitors. We know we’re going to need a lot of different pathways to bring talent in.”

—Jennifer Ryan Crozier, president of the IBM Foundation, to CNN

A particular challenge right now is retaining and motivating people in their twenties and thirties, most of whom have never worked in an adverse recessionary environment. Millennials are motivated by different factors—including collaboration, flexible working conditions and access to technology—than their elders. And they are not afraid to keep moving till they find the right match with an employer.

That is putting pressure on employers to loosen up rules for full-time employees in areas like remote work and flexible hours. The good news is that “most positions allow for some level of flexibility,” Ms. Fiatte said. “Maybe nurses can’t work remotely, but they can work three 12-hour shifts instead of five eight-hour shifts. We are seeing a lot more companies use this as a tool.”

Millennials also value a corporate mission that goes beyond the goal of making a profit. BorgWarner’s vision of “a clean, energy-efficient world has always been ingrained in the fabric of our company,” Ms. Collins says. The company reinforces that message with extensive community support programs, supplemented by employee perks like garden plots in some facilities and bike-sharing programs in others.

Being a good corporate citizen does not just help with recruiting millennials—it is part of giving all employees a sense they’re making a difference, Ms. Fiatte says. During her career, she has found that companies that excel at hiring and nurturing great people do more than just pay well. They excel at paying attention to the needs of every segment of their population.

“Baby boomers value security, Generation X values flexibility to care for an aging parent or child, millennials desire high collaboration and high touch,” she says. “Successful companies balance all that: wages, sense of purpose and being valued as an employee.”

That ideal package delivers ROI by creating word-of-mouth awareness, the best form of recruitment advertising. “Everyone should be an ambassador for the brand, talking to people and letting them know about their experiences,” she says. “If people have that passion, it’s easy to convince others that you’re a great place to work.”

Unrealized output due to the labor deficit: $2.1 trillion

Unrealized output due to the labor deficit: $3.8 trillion

Unrealized output due to the labor deficit: $8.5 trillion