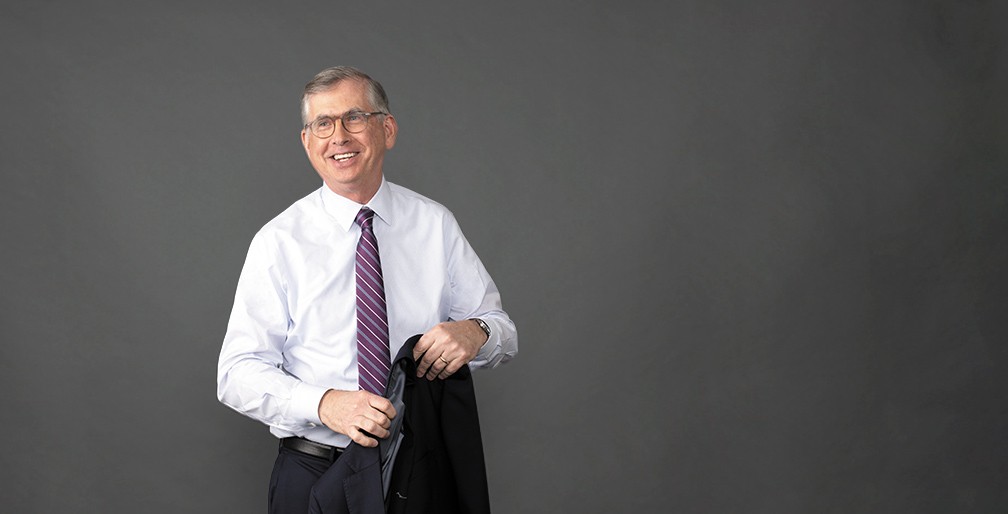 The merger of BB&T and SunTrust was more than a monumental happening in the financial services industry, billed as a merger of equals. It also gave birth to a new brand, Truist Financial, which immediately faced an extraordinary year roiled by COVID-19, racial injustice, social unrest, financial market volatility and a contentious presidential election.

Bill Rogers, as president and COO and incoming CEO, plays a pivotal role in how Truist is executing the largest bank merger in 20 years. Kelly S. King, the current chairman and CEO, is scheduled to retire in September 2021, at which time Mr. Rogers will assume the top executive role. The two leaders have been formidable partners in creating and executing the merger. And 2020 brought unique challenges, tough decisions and uncertain market conditions while the $500 billion bank established a new headquarters in Charlotte, North Carolina.

Branches and most client-facing communications still carry the BB&T and SunTrust logos, but by the first half of 2022 when the core bank conversion is targeted for completion, these heritage brands will sunset, and clients will fully experience what the new Truist brand stands for, in addition to its new products and service offerings.

The coming together of two great financial brands has been well written about, so to go a bit deeper into the leadership experience of executing while shareholders, clients and competitors look on, we sat down with the man who served as Chairman and CEO of SunTrust Bank from 2012 until the merger commencement in December 2019.

BIRTH OF A NEW BRAND

Insigniam Quarterly: Tell us about the leadership principles and practices that are serving you well as you bring the Truist brand to reality.

Bill Rogers: When it was announced in 2011 that I would be the CEO of SunTrust, I went out to talk to a lot of different CEOs. A couple of things really resonated with me, and they have been important guiding principles for me since that time.

First, It’s the leader’s job to bring clarity from complexity. Our job is to make it easy, not hard. Click To Tweet I remember giving a speech years ago about the complicated nature of what we were doing, and a teammate at SunTrust came up to me afterward. I thought she was going to say how I moved her, but what she really said was, “If you say it’s hard for you, imagine how it feels to me.” It was like a light bulb went on.

The second and perhaps more important job is to bring purpose to the work. This is the most significant driver of everything I do. The work we do has to stand for something and have meaning. We work in a noble industry, and I’m proud of what we do. At the end of the day, I am sure this is why these two companies came together.

IQ: How are you thinking newly or differently about leadership, given the circumstances of 2020 and 2021?

Rogers: The world is really changing, and we have to double down on our organizational principles. The dramatic change we’re all facing impacts our teammates, how we think about our clients, and how our clients interact with us. We’ve had to move faster. For example, digitalization has become critical in helping us relate to clients in a virtual world. This is why a “technology + touch = trust” strategic focus is so important. We have to create a connection; it has never been more important. Clients need to feel that this great company has their interests at heart. Thank goodness we were on that track, but COVID-19 forced us to move faster.

We also have a lot of inequities in this country; 2020 has exposed the need for purpose, creating an even stronger calling for inspiring and building better lives and communities, which is what we stand for.

I feel this very deeply and personally. 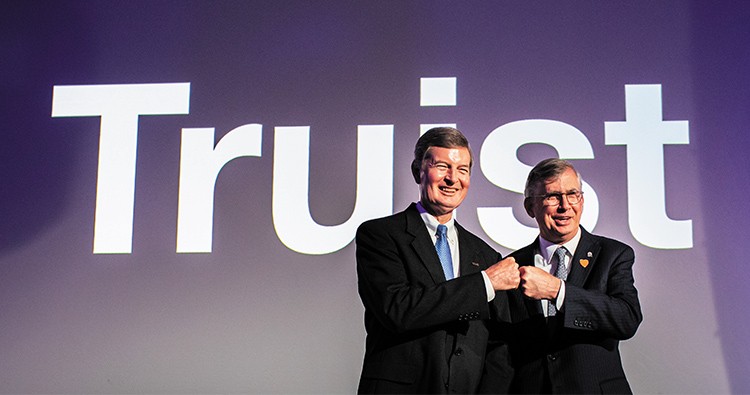 “We set ground rules that we had to stand for something, there had to be winners without losers and this would be a merger of equals.” —Bill Rogers, pictured here with Kelly S. King (left)

IQ: Let’s talk about the forming of this union between you and Kelly King. In the moment you shook hands and agreed on moving forward with merger activities, what seemed clear and what seemed daunting?

Rogers: Kelly and I had known each other for a while, served in many associations together—and also competed. We tended to gravitate toward each other, and we had a strong shared recognition that the world was changing, and we needed to be more disruptive, move with greater speed and with scale. We agreed on what role we could play.

The economic part wasn’t complicated math; it was like two perfect puzzle pieces. The easy part was recognizing that the future could be different. Our code words with each other were, “It has to be for something.” We said, let’s do this completely differently than it has been done before [in financial services]. We set ground rules that we had to stand for something, there had to be winners without losers and this would be a merger of equals.

We had to change the name of two successful brands to one, so we established the need for a neutral headquarters, even with legacy headquarters in Winston-Salem and Atlanta. One of the reasons mergers like this at times don’t happen is that these decisions are hard to make and execute. But being purpose driven and setting a high ceiling for ourselves helped small bumps in the road remain just that instead of becoming impediments.

IQ: Mergers have less than a 50/50 success rate, and they carry immense risk. What do you think is making this one successful when others have failed?

We quickly decided on one strategy. We studied our cultures and found the points of compatibility. Then we laid out the transition for teammates, clients and stakeholders so everyone knew what to expect. There’s no uncertainty. Major problems come when you have friction and competing cultures and everyone waiting on the sidelines to see how it will happen. We were committed to not letting that happen. After we merged, we made the decision to hold nearly 40 town halls, and all we talked about was purpose, mission and values.

IQ: Which was more challenging, the 2008 financial crisis or today’s COVID-19 crisis?

Rogers: We’ve been through other financial crises. But none of us was around in 1918 to experience a pandemic. There’s no playbook. Hundreds of thousands have lost their lives, millions of families have been affected and social inequities have been further exposed. Everyone is impacted in some way.

As Chief Digital & Client Experience Officer at Truist, Dontá Wilson looked to the young brand’s purpose and mission to help clients through a time of uncertainty.

IQ: From a customer experience standpoint, how did Truist respond to COVID-19?
Wilson: Early in the pandemic, we activated a COVID-19 Client Experience and Digital Control Room to focus our efforts on the right and most immediate priorities. As a result, Truist was the first major bank to launch a comprehensive COVID-19 response program, and one of the first banks to launch an online portal for the Paycheck Protection Program. To assist clients, we expedited digital solutions that were already on our road map. These included virtual payment relief assistance, a digital branch appointment scheduler, a digital mortgage forbearance application and chatbots to help answer questions. Many were stood up in just days. Our foundation in our purpose, mission and values empowered teammates and created a sense of pride in our response efforts to COVID-19. 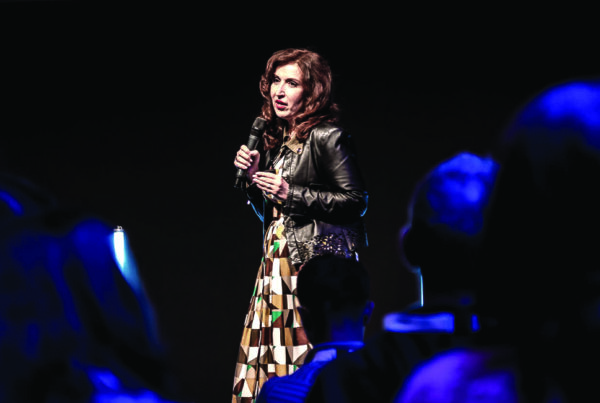