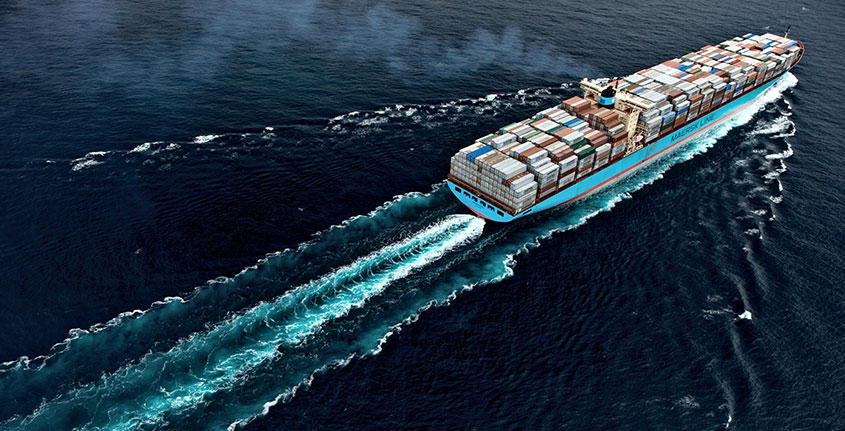 Business Innovationmore from CFOs in a Time of Transformation issue

The Ticker: Blockchain and Big Cargo—Maersk and IBM’s Big Bet

By natalie.rahnFebruary 22, 2019February 18th, 2022No Comments
By Insigniam minute read

A company does not stay in business for 115 years without innovating. This is why in 2017, Maersk, the world’s largest container shipping outfit, partnered with IBM to test a new cargo management system with blockchain technology as its backbone.

The aim was simple: With this system, Copenhagen-based Maersk, Dutch customs and the U.S. Department of Homeland Security could all remotely access up-to-date shipment data in order to protect and streamline the process. Last year, Maersk and IBM announced they were taking the next step with the launch of TradeLens, a blockchain-backed shipping solution designed to “promote more efficient and secure global trade.”

How did blockchain—the much-hyped technology associated with cryptocurrency bitcoin—become a player in big cargo? Using distributed ledger technology, a system can record and verify transactions between two parties without the risk of any interference, ensuring an accurate, secure digital record. While blockchain’s roots may be in finance, major companies beyond that sector see myriad potential applications—from copyright management (Spotify) to controlling traffic flow (Ford Motors).

British Airways tested blockchain technology in a bid to manage flight data among three airports in London, Geneva and Miami. To reduce conflicting arrival and departure times displayed on gate displays, airport monitors and the airline’s website, the airline continuously uploaded flight data to its blockchain. The aim was a single, completely accurate flight report. It worked: Maurice Jenkins, director of information systems and telecommunications at Miami International Airport, told The Wall Street Journal that the result was “one pure, true instance of data” across all three airports.

While many corporations are still testing and piloting blockchain projects, business leaders are bullish about the technology. Worldwide spending on blockchain will reach $11.2 billion in 2022, up from $1.5 billion in 2018, according to International Data Corp (IDC).

“I see more focus being placed on the powerful potential of blockchain for financial and non-financial applications,” Chalmers Brown, CTO and co-founder of payment processor Due, told Forbes in September. “More investment is being put toward building out tools and platforms built on blockchain for identity verification, other security measures, contracts, payments and more.”

But because much of blockchain’s potential lies in securing and coordinating data from multiple parties, it will likely be a bumpy process to implement new platforms. “Regulatory concerns and industry standards continue to hinder widespread adoption,” said IDC’s Stacey Soohoo. “As such, cross-business collaboration and blockchain interoperability are emerging as key aspects in the growth of the distributed ledger technology.”

Maersk and IBM are well aware of this. TradeLens has reportedly struggled to sign on other carriers—Maersk’s rivals, as it were. The global supply-chain system cannot prove its value without a critical mass of shippers on board.

“I won’t mince words here—we do need to get the other carriers on the platform,” Marvin Erdly, head of TradeLens at IBM Blockchain, told CoinDesk. “Without that network, we don’t have a product.” As with any other emerging technology, an innovative blockchain product is not worth much until people actually use it.

This article appeared in the Spring 2019 issue of Insigniam Quarterly, with the headline “Blockchain Bears Fruit.” To begin receiving IQ, go here.