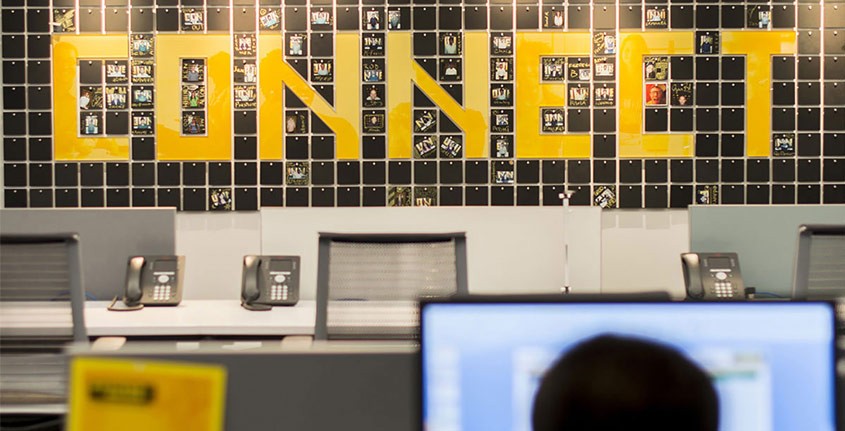 From the Boardroom: Supporting, but Challenging Management

The final telegrams sent by Western Union in early 2006 contained happy birthday wishes, condolences, an emergency notice—and several messages from people attempting to be the last telegram sender. Western Union, once synonymous with the telegram, backed out of the dwindling business (only 20,000 telegrams were sent in 2005, at about $10 a message) and has re-emerged now as a global leader in international money transfer. Yet some people haven’t gotten the message.

“I’m occasionally asked: ‘Is Western Union still in business?’ or ‘What does Western Union do?’” says Jack M. Greenberg, non-executive chairman of Western Union’s board. For the 164-year-old company—one of the original 11 stocks listed on the Dow Jones Industrial Average—reinvention has been radical. And relevant.

It certainly is for the millions of migrant workers who use Western Union to send money home to their families. “Almost 300 million individuals are working in a country other than their own, and most of them are doing that to be supportive of their families,” says Greenberg, who has been Western Union’s chairman since 2006, when it was spun off from First Data Corp. into a standalone organization. With 2014 revenue of $5.6 billion, Colorado-based Western Union has a massive global footprint—a network of 500,000 third-party agents in more than 200 countries and territories. In India alone, there are 100,000 Western Union locations.

“In a lot of those countries, banks are not accessible to people because they may not have accounts. Or if they are in a foreign country, the bank does not speak their language,” says Greenberg, noting that Western Union agents are often multilingual. “There is a social utility about our business. It is helping a lot of people who may not be able to manage without that kind of financial service.”

“If you are on a board and you don’t learn something, shame on you.”

Since being spun off, Western Union has reinvented its money-transfer services, going beyond its traditional consumer-to-consumer (C2C), cash-to-cash, cross-border model to what Greenberg describes as “an omnichannel model.” The new model also comprises business-to-business (B2B), consumer-to-business (C2B) and business-to-consumer (B2C) money-transfer services.

“Technology has made everyone think about what they should be doing,” Greenberg says. “Most companies today have a different set of competitors than they did 10 years ago. Technology is forcing even the most successful companies to rethink who their customers are and who they are going to be.” 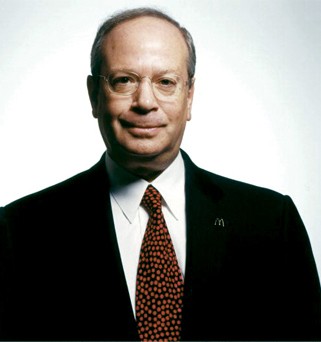 President and CEO Hikmet Ersek and his executive team, in collaboration with the board of directors, are driving Western Union’s omnichannel reinvention of money transfer. Ersek, named CEO in 2010, is a member of the 12-person board. Greenberg, former chairman and CEO of McDonald’s, and a veteran of such boards as Abbott, Hasbro, Manpower and Allstate, says the Western Union board has been both supportive and challenging of management in the face of the company’s makeover.

The board, Greenberg says, is involved in strategic discussions with management right from the start. “It’s a change from the old days when board members simply saw themselves as a kind of monitor and a ratifier of strategy,” Greenberg says. “Today, there is a much more open dialogue between the board and management about strategic choices.” The board asked hard questions at the outset about the creation of the business solutions division in 2010 and whether the business model of mobile money transfer was viable.

As the company considered establishing an office in San Francisco to attract the best minds in technology and data science for what would become Western Union Digital, the board was particularly proactive.

Speaking to his general board experience, Greenberg believes that management is used to a more passive approach from boards. “Boards traditionally have not been involved in strategic decisions early in the process,” he says. “It wasn’t until plans were developed, and then the book was dumped on them. The board would take a couple of hours to review it.”

A former CEO, Greenberg knows it can be deflating when management presents a plan to the board only to be met with resistance and criticism. In the course of strategic discussions with management, there comes the time when the board must speak with candor about a particular person or situation, Greenberg says. “You try and do that with just the CEO. You don’t want to do that in front of his or her team.

“Sometimes it’s tough,” he says. “Management works very hard on a project, and the board sits there and asks a series of hard questions. But I think you have to be careful as a board to be very supportive, unless there is something wrong. Your primary obligation, of course, is to your shareholders, and you have to take that very seriously. Click To Tweet”

But if anyone understands the pressures faced by CEOs of public companies, it’s Greenberg—he led McDonald’s from 1998 to 2002.

“There is constant pressure, and you have many constituencies to keep happy,” he says.

Greenberg says Western Union’s executive team is receptive to the board’s feedback and strategic advice. “Well, most the time,” Greenberg says wryly, noting that he has developed a strong relationship with Ersek. “We talk a lot between board meetings. He bounces ideas off me, or he asks to have some ideas confirmed to be sure I’m comfortable with the way he and his team are doing things.” 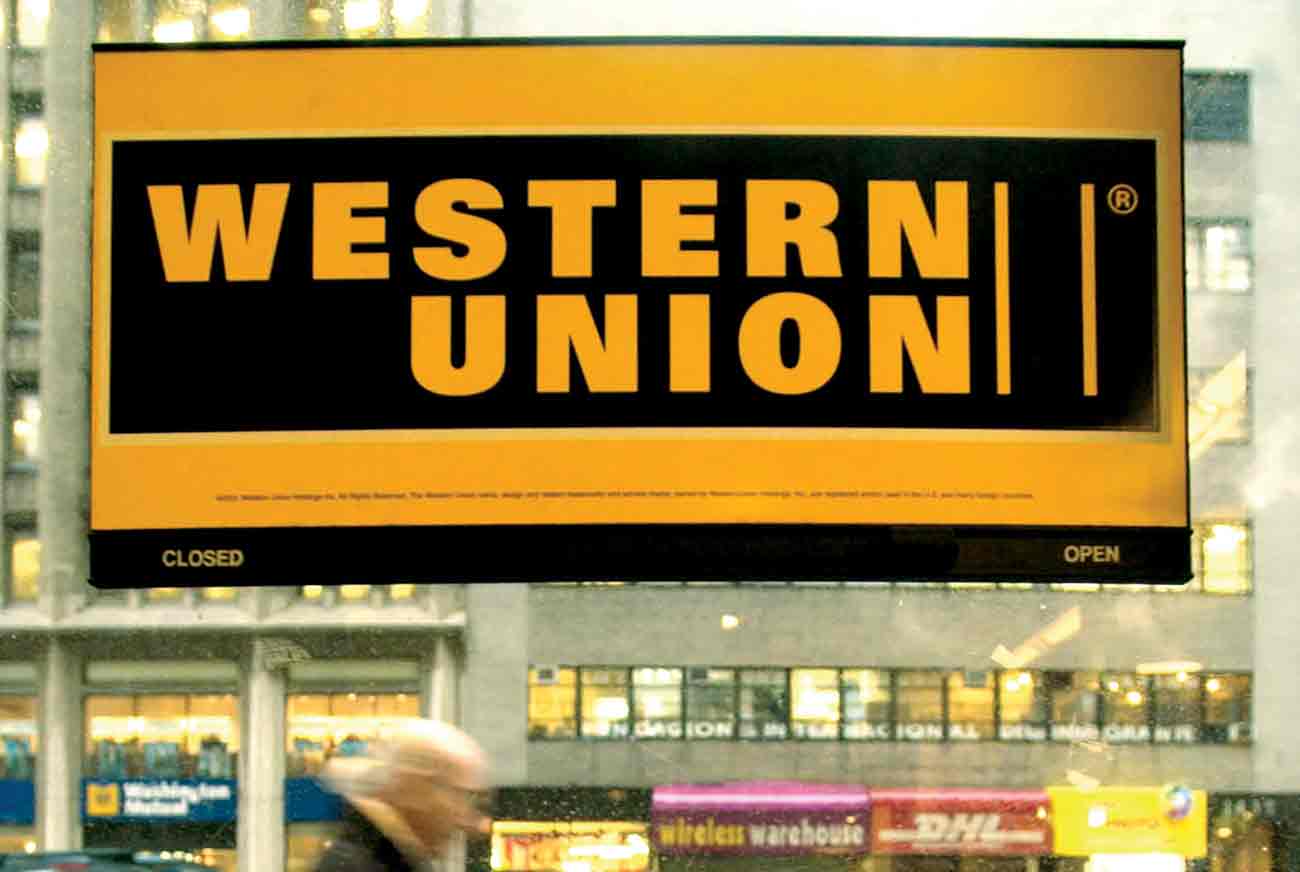 The board and the management team at Western Union have much to consider as the company continues to reinvent its money-transfer business model. Western Union’s stock in trade has been C2C: consumers sending cash to friends or family across international borders. It represents 80 percent of its revenues.

“For example, you want to wire $100 to your son in Kenya, and you want it there in 10 minutes,” says Greenberg. “A bank might take 10 days to get it to him and charge a lot of money.” Western Union’s third-party agents can be a currency exchange, a grocery store, a convenience store, a drug store and even a bank.

Under the consumer-to-business format, a customer can use Western Union to facilitate bill payments for utilities, auto loans and mortgages. C2B accounts for 11 percent of the company’s revenues.

With its new B2B initiative—the business solutions division—Western Union offers a payments system that manages various aspects of foreign exchange transactions. Representing 7 percent of company revenue, the division targets small- to medium-sized businesses, which may prefer to bypass their bank when transacting business with customers in another country.

“Part of the reinvention here is to try to change the business so that senders and receivers have all those choices. The business is fundamentally different from what it was 10 years ago.”

The business solutions division includes a B2C segment in which, for example, a non-governmental organization can use Western Union to send money for salaries and expenses to doctors and nurses working in Africa.

In addition to the omnichannel strategy, the board is fully supportive of management’s continued investment in technology, epitomized by the 2011 launch of its online and mobile division in San Francisco: Western Union Digital.

It was expected to generate approximately $300 million in 2015 in revenue and has been growing more than 20 percent annually the last few years. Company-wide revenue has been growing about 3 percent to 5 percent in constant currency terms the last couple of years.

“We want to give customers more choices on how they transfer money. You can send money electronically from your computer, your phone or from an ATM,” Greenberg says. “Your family member on the other end of the transaction may want to receive it as cash, or they may want it credited to their bank account, or they may want to receive it in the form of a debit card. Part of the reinvention here is to try to change the business so that senders and receivers have all those choices. The business is fundamentally different from what it was 10 years ago.”

KEEPING UP WITH INNOVATION

The challenge for management, Greenberg says, “is to simultaneously innovate and keep the trains running on time.”

But the board is fully behind CEO Ersek’s financial commitment to technology to sustain the company into its third century of operation. Greenberg believes the ongoing transformation of Western Union’s business model is the company’s surest path to prosperity—and its best defense against competitors.

Greenberg says he’s grateful for the opportunity to help reinvent a company with such a storied legacy as Western Union. Leading the company’s board has offered multiple rewards: “You feel good if you can add some value to the organization. The second piece is the relationships you form with other board members. They are talented people with interesting backgrounds. It’s intellectually stimulating. If you’re on a board and you don’t learn something, shame on you.”