By InsigniamJanuary 11, 2021February 15th, 2021No Comments
By Insigniam minute read

Exploring leadership thinking, behaviors, and practices that are not familiar.

The Insigniam Executive Summit is for Insigniam clients, offering them an opportunity to network, elevate their leadership, think newly, act differently, and share the unprecedented results they have produced.

In today’s world, any well-developed executive has received schooling in the best practices of leadership theory. While we know there are approaches to management that are not business as usual, little is done to explore leadership that is not business as usually. The intent of this year’s summit is to give us all access to leadership thinking and behavior that takes us beyond what everyone else has, and gives us a distinct advantage over our competition.

Daniel H. Pink is the author of six provocative books — including his newest, When: The Scientific Secrets of Perfect Timing. His other books include the long-running New York Times bestseller A Whole New Mind and the #1 New York Times bestsellers Drive and To Sell is Human. His books have won multiple awards and have been translated into 37 languages. He lives in Washington, DC, with his wife and their three children. 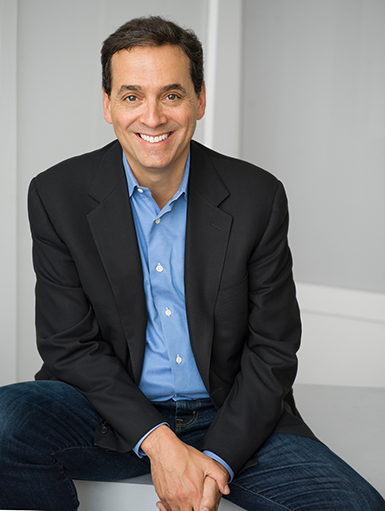 Check out some of Dan’s talks and interviews below:

Read more about Dan Pink at his website, danpink.com.

Did you miss last year’s event? See what you missed in our highlights from 2017, and get a taste of what to expect at the 2018 Executive Summit: The Origins of Success.

Register today and spend a highly impactful day with other executives who have achieved not only higher results, but have gone beyond to breakthrough results! Discover new opportunities by sharing insights about inspired performance with executives from an array of industries.

In this year’s summit, we will explore leadership thinking, behaviors and practices that are outside the familiar tenets of leadership that we have all repeatedly heard. We’ve all received plenty of training and development around leadership. This year, we’re going to look at the spaces and blind spots which we may have not sufficiently explored.

Together, we will generate actionable insights into questions such as:

The intent of the 2018 Insigniam Executive Summit is to give the clients of Insigniam and their colleagues a forum in which to share and discuss their experiences, while leveraging their corporate culture and employees’ creativity to produce breakthrough results and catalyze organizational growth.

The discussions will be run so attendees can incorporate insights gleaned from actual experiences among high performers across a variety of disciplines and industries, and to create actionable common elements for generating breakthrough results.

The Union League of Philadelphia 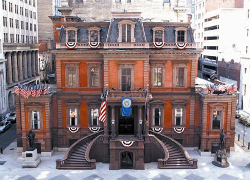 The Union League of Philadelphia, ranked the #1 City Club in the Country, is a shining jewel of history in a city defined by such treasure. Founded in 1862 as a patriotic society to support the Union and the policies of President Abraham Lincoln, The Union League of Philadelphia laid the philosophical foundation of other Union Leagues across a nation torn by civil war. The League has hosted US presidents, heads of state, industrialists, entertainers and dignitaries from around the globe and has proudly supported the American military in each conflict since the Civil War. The Union League continues to be driven by its founding motto, Amor Patriae Ducit or Love of Country Leads.

To make hotel reservations at The Union League of Philadelphia please call +1 215 563 6500 and ask for the Insigniam rate. 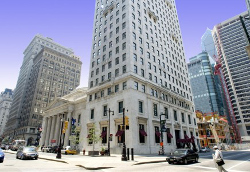 In the United States, The Ritz-Carlton Investing Company was established by Albert Keller who bought and franchised the name. In the early 1900s, several hotels were known as The Ritz-Carlton, in places such as Boston, Philadelphia, Pittsburgh, Atlantic City and Boca Raton. However, by 1940 none of the hotels were operating except The Ritz-Carlton, Boston. The hotel embodies the finest luxury experience, Yankee ingenuity and Boston social sensibilities. The standards of service, dining and facilities of this Boston landmark served as a benchmark for all future Ritz-Carlton hotels and resorts worldwide.

To make hotel reservations at The Ritz-Carlton of Philadelphia please call +1 215 523 8000 and ask for the Insigniam rate. 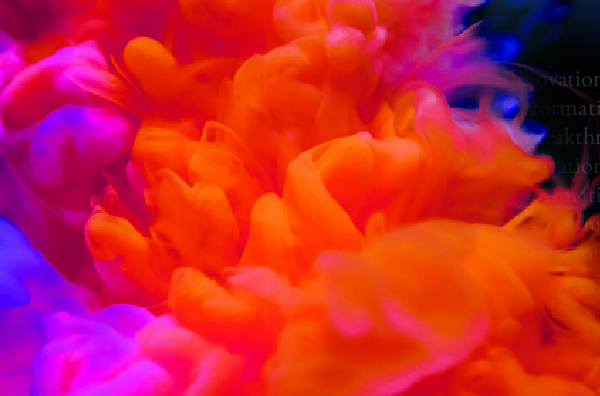