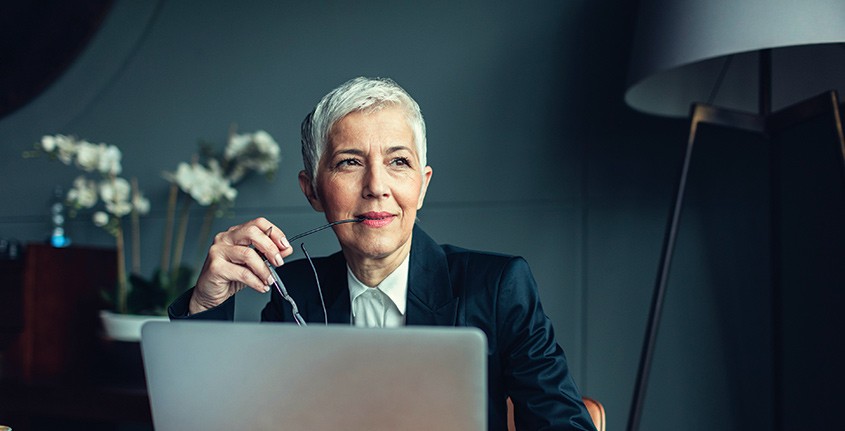 By natalie.rahnApril 20, 2017May 5th, 2022No Comments
By Kate Rockwood minute read
CEOs may sit atop the corporate heap, but these days they are boxed in from all sides. Click To Tweet As if the unpredictable demands of a volatile global business environment are not enough, today’s chief executives must also contend with the reality of so-called quarterly capitalism, a myopic obsession with near-term stock prices and quarterly earnings.

The acute pressure to meet immediate financial goals—created by activist shareholders, Wall Street analysts, the increasing speed of capital and a 24/7 news cycle, to name just a few—robs executives of both the time to strategize about the future and the ability to make the financial investments required to build long-term value.

It was not always this way. A century ago, when the term “chief executive officer” was coined, leaders like Henry Ford and John D. Rockefeller operated as autocrats; their visions, strategic directions and legacies were handed down from on high. As the corporate landscape changed, by the 1960s CEOs had evolved to become not monarchs but something akin to prime ministers, building executive teams, monitoring performance and overseeing the allocation of resources. Many of these leaders—“organization men” who remained with a company for their entire career—were able to cement legacies in a different way than their autocratic forebears: by growing their businesses into conglomerates via mergers and acquisitions.

These days, however, even the best and brightest CEOs struggle to transcend the chaos of globalized markets and t

echnological upheaval as they attempt to establish enduring impact. Tasked with creating immediate shareholder value above all else, many keep their heads down, doling out stock buybacks and dividend increases in a frantic attempt to stay on the treadmill.

As a result, some skeptics argue that many contemporary corporate leaders will quickly fade into obscurity the moment they inevitably fall off the treadmill. Even for those who garner more faith than that, however, it is still fair to ask: Given the ever-accelerating pace of change, how much can we really expect from today’s CEOs? They are, of course, just one person—with median tenures shorter than their counterparts in previous generations. Is it time, then, to relinquish the ideal of CEO as visionary? Click To Tweet

In a word, no. Despite their evolving role, it is still entirely possible—and, indeed, necessary—for chief executives to create an enduring legacy, according to experts who have studied corporate leadership for decades.

“To be concerned about the long-term future of an organization, and to have a unique, distinctive, upbeat and ennobling vision of the future, continues to be one of the most significant parts of a CEO’s job,” says Jim Kouzes, co-author of The Leadership Challenge and the dean’s executive fellow of leadership at Santa Clara University’s Leavey School of Business. “It’s what sets a leader apart from an individual contributor. It is absolutely appropriate for boards and for shareholders to expect the CEO to articulate a meaningful vision.”

He likens a modern-day CEO to a ship captain navigating particularly stormy seas. “People need reassurance,” Mr. Kouzes says. “Clarifying a common vision is even more necessary during volatile times than when times are certain.”

Academic research backs this up. A study published in the Research Journal of Business Management noted that CEO leadership has greater impact during times of uncertainty. Moreover, the authors found that charismatic, transformational CEO leadership was significantly related to a company’s financial performance, while transactional leadership was not.

But despite the critical nature of forward-looking strategic vision, Mr. Kouzes’ research has found that only 3 percent of the typical business leader’s time is spent envisioning the long-term future and then convincing employees to enlist in that vision.

It Is Not About You

One way to fix this problem is by offering CEOs longer-term contracts to insulate them from narrow, short-term demands and enable the legacy-building that boosts companies’ long-term health. Each year of an executive’s contract is associated with 8 percent more innovative patenting output, according to a study of CEO performance by Moqi Groen-Xu, an assistant professor of finance at the London School of Economics. “You can make longer-term plans and maybe try out things that are riskier” under the protection of a contract, she explains.

But as shareholders demand more scrutiny, lengthy fixed-term contracts are becoming less common, she notes. It is unrealistic to expect this pattern to change any time soon, so leaders must learn to prioritize vision creation amid today’s harried, tenuous reality.

To leave a legacy during a relatively short tenure, leaders need to set aside—at least momentarily—the operational expertise and boot-camp efficiency that served them so well on the climb up the corporate ladder. In place of these tactics, the focus should become analysis and collaboration. It is vital for today’s CEOs to hone sensitivity and so-called ripple intelligence, or the ability to see the intersections of trends and contexts like ripples moving across a pond, according to research out of the University of Oxford’s Saïd Business School. Effective CEOs must constantly gather information and perspectives so they can avoid being blindsided by change—and do so while skillfully building teams inside the company.

This collaborative ability is especially important in today’s leaders because employee productivity is directly correlated to their level of engagement. To create both a lasting legacy and a robust business, then, CEOs need to inspire their troops with a sense of meaning and purpose.

“The definition I use for legacy is the knowledge, skill sets, attitudes or behaviors people take away as a result of having worked with you,” says Robert Galford, co-author of Your Leadership Legacy: Why Looking Toward the Future Will Make You a Better Leader Today. He has taught at the executive programs of schools including the Columbia University Graduate School of Business and Harvard University. “It’s not about the CEO; it’s about the employees.”This collaborative ability is especially important in today’s leaders because employee productivity is directly correlated to their level of engagement. To create both a lasting legacy and a robust business, then, CEOs need to inspire their troops with a sense of meaning and purpose.

“Glowing praise would be if someone says, ‘A CEO helped me expand my view of what was possible,’” he continues. “‘What they really did was give me coping mechanisms for dealing with the ambiguity of modern life in addition to making sure I met my numbers.’”

Working to enlist employees in a common vision from day one is the single most important step a leader can take to create both company success and an enduring legacy in a narrow time frame, Mr. Kouzes and Mr. Galford say. This applies equally whether your company has five employees or 50,000, and whether it makes cereal or robots. It also applies to CEOs of both publicly traded and private firms. (Though the latter have historically enjoyed longer tenures than their public-company counterparts, many leaders of private companies today face similarly intensifying pressures from private equity investors.)

To get started, Mr. Kouzes recommends imagining a gathering a decade from now in which your direct reports, colleagues and family members stand up to toast the ideals and the lessons you taught during your tenure. Write down the lessons, the feelings and the ideals for which you would like to be remembered—and then start working backward to make them a reality.

Start imagining now. You do not have much time.