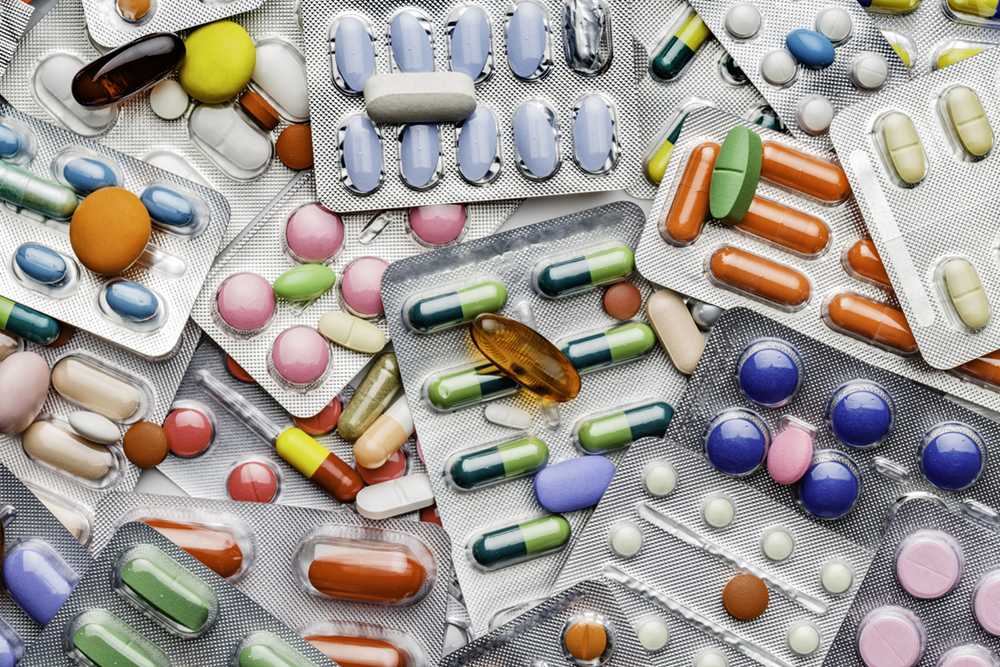 How to Solve the Development of Antibiotics Crisis

The antibiotics we use to routinely fight everything from ear infections to strep throat are becoming less effective,  thanks to overuse of antibiotics and a slowing antibiotic development pipeline. By 2050, drug-resistant diseases could cause 10 million deaths each year.

According to the World Health Organization, “antibiotic resistance is rising to dangerously high levels in all parts of the world. New resistance mechanisms are emerging and spreading globally, threatening our ability to treat common infectious diseases. A growing list of infections such as pneumonia, tuberculosis, blood poisoning, gonorrhea and foodborne diseases are becoming harder, and sometimes impossible, to treat as antibiotics become less effective.” Research from The Pew Charitable Trusts found that 95% of oncologists worry about the impact of drug-resistant bacteria on their patients. That’s partly because one in 10 cancer deaths are due to severe sepsis, not the cancer itself.

The most recent antibiotic resistance report from the U.S. Centers for Disease Control and Prevention (CDC) found that six common antibiotic-resistant pathogens caused an estimated 30,000 deaths in the United States and resulted in $4.6 billion in health care costs. Further research from The Pew Charitable Trusts, University of Utah and Infectious Diseases Society of America found that over one-third of those deaths and costs came from the seniors 65 years and older, even though they comprised only 15% of the U.S. population that year.

“There are two main factors that have brought us to where we are right now when it comes to antibiotic resistance,” says David Hyun, M.D., director for the antibiotic resistance project at The Pew Charitable Trusts. “The first is that antibiotics have been overused.” The second, he says, is that the pipeline of new antibiotics in development has not been able to keep up with new varieties of infections.

According to research from The Pew Charitable Trusts and the CDC, antibiotics should be prescribed only when a bacterial infection is known or suspected. Approximately 13% of all outpatient office visits in the U.S., or about 154 million visits annually, result in an antibiotic prescription; about 30% of these, or some 47 million prescriptions, are unnecessary. 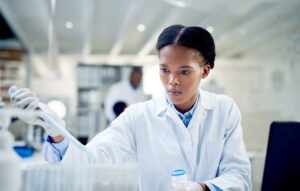 154 Million
The number of prescriptions for antibiotics written in the U.S. each year.
Source: The Pew Charitable Trusts

“That’s a problem because any time that antibiotics are used, that contributes to resistance because it gives bacteria opportunities to find mechanisms to reduce the actions of the antibiotics,” Dr. Hyun says.

Another issue is the overuse of antibiotics in food animal production, according to Dr. Hyun. One-third of antibiotics approved for use in animals lack any restrictions on prescription duration, which leaves the door open for unnecessarily long courses of treatment. Because all antibiotic use contributes to resistance, injudicious use in animals can accelerate the growth of drug-resistant pathogens.

“In 2018, the FDA released an ambitious agenda outlining the agency’s near-term goals to promote judicious use,” Dr. Hyun says. “Some initiatives within this five-year plan—such as removing medically important antibiotics from over-the-counter settings—have been successful. But many of the plan’s objectives have not been addressed in a timely manner. For example, the agency still allows animals to be given many antibiotics for prolonged or indefinite periods of time, despite the fact that such use clearly violates the FDA’s own definition of judicious use. FDA needs to establish duration limits for all animal antibiotics as soon as possible—a step that would significantly reduce unnecessary use and something that Pew research indicates can still be achieved before 2023.”

In 2009, the Global Antibiotic Resistance Partnership (GARP) was launched to create a platform for developing actionable policy proposals on antibiotic resistance in low-income and middle-income countries. During the first three years, Phase 1 of GARP started relatively slowly, spending its first three years establishing working groups in India, Kenya, South Africa and Vietnam to examine the use of antibiotics in both humans and animals.

GARP Phase 2, which started in 2012, added working groups in another handful of countries—Mozambique, Nepal, Tanzania and Uganda. Bangladesh prepared a national strategy and action plan for antimicrobial resistance in GARP Phase 3, implementing integrated activities, including a national antibiotic surveillance system and laboratory network, and collaborating with other countries globally.

While Dr. Hyun says there are many reasons for the inappropriate use of antibiotics, “patients have a tremendous role and influence in the prescribing decisions. There have been studies that show that patient pressure or patient demand plays a significant factor in the overuse of antibiotics.”

Many patients will request and receive antibiotics even though they are suffering from a virus, rather than from a bacterial infection. A study by The Pew Charitable Trusts found that in the first six months of the COVID-19 pandemic in the U.S., more than half of hospitalized COVID-19 patients received antibiotics.

There is also research showing that when doctors perceive a patient wants an antibiotic, it will be prescribed, says Dr. Hyun. “That is sufficient to potentially give them an antibiotic prescription, even in situations where it is not needed.”

Dr. Hyun says that other factors contributing to the overprescribing of antibiotics include:

The second factor contributing to antibiotic resistance is that the antibiotic development pipeline has not been able to keep up with the novel bacteria that are emerging, says Dr. Hyun.

A Biotechnology Innovation Organization report found that only 1 out of 5 infectious disease drugs that reach the initial phase of testing in humans will receive approval from the Food and Drug Administration (FDA). As of December 2020, 43 new antibiotics with the potential to treat serious bacterial infections were in clinical development, according to The Pew Charitable Trusts. Of those, only 13 had made it to phase 3 of development.

Dr. Hyun points out that developing antibiotics to treat highly resistant bacterial infections is especially challenging, because only a small number of patients contract these infections and meet the requirements to participate in traditional clinical trials. 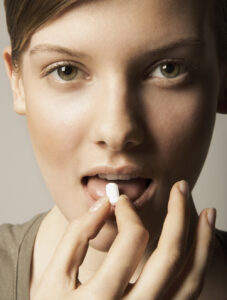 13
The number of new antibiotics in phase 3 of development.
Source: The Pew Charitable Trusts

Another challenge is that pharmaceutical companies are exiting the field of antibiotic development. From 2014 to 2020, the number of large pharmaceutical companies with new antibiotics in clinical development fell from eight to two, according to Pew. Additionally, many small companies that had entered the field have gone bankrupt. “Drug development is an inherently risky and uncertain proposition,” says Insigniam partner Jennifer Zimmer. “Companies are looking for ways to de-risk, and exiting a field where the future is especially murky or uncertain is always an option.”

Drug makers and private investors are abandoning antibiotic research and development because of steep losses: $100 million just between 2014 and 2016. By contrast, drug companies earned $8 billion in profits on cancer drugs. In 2019, private investment contributed $9.7 billion to oncology research, but only $132 million to antibiotics research.

The Case for Collaboration

Patients, physicians, the pharmaceutical industry and business and privately funded foundations all need to play a part meeting the antibiotic resistance challenge, according to Dr. Hyun.

Patients and physicians should have open discussions about treatment options before any antibiotic prescriptions are written, Dr. Hyun says. “What frequently happens is that past experience influences the patient’s expectation about what they will need for the illness. If they were inappropriately given an antibiotic in the past, that could influence what the patient expects on the next visit. Patients have to keep an open mind and deal with these illnesses one episode at a time.”

The Pew Charitable Trusts’ Antibiotic Resistance Project addresses the growing public health challenge of multidrug-resistant infections by supporting policies that stimulate and encourage the development of antibiotics to treat life-threatening illnesses. Pew also is working to preserve the effectiveness of antibiotics by phasing out the overuse and misuse of the drugs in food animals.

There are some positive developments in the battle against antibiotic resistance:

While none of these initiatives will solve the problem of antibiotic resistance on their own, they do point the way toward further collaboration between different institutions and actors. With increased personal responsibility on the part of patients, increased awareness by physicians, and a concerted effort by governments and non-governmental organizations, it’s possible to encourage further development in the private sector, and to extend the life of antibiotics known to be effective and important contributors to global health.

Improving and Reducing Antibiotic Use

Additionally, Johns Hopkins Medicine and the University of Chicago researchers worked with national experts to create and implement the AHRQ Safety Program for Improving Antibiotic Use, which provides education and technical support to ambulatory care clinicians and staff to improve antibiotic use by incorporating stewardship into practice culture, communication and decision making. Just under 400 ambulatory practices completed the program.

This article appeared in the Winter 2022 issue of Insigniam Quarterly with the headline “The Next Pandemic and Increases in Drug Resistance.” To begin receiving IQ, go here.