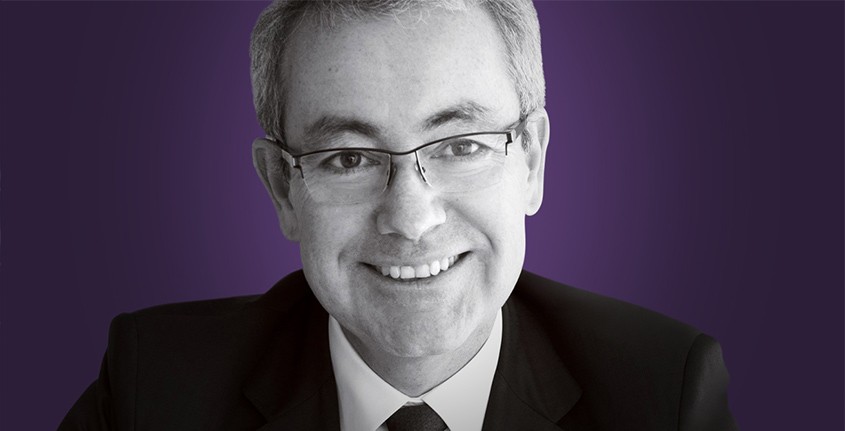 Disruptive Leadership Is Not a Solo Act

Jean-Pierre Clamadieu is willing to make a bet. The chief executive officer of Solvay SA is certain that if you asked employees at the chemical giant’s Brussels headquarters how much the firm has changed since his tenure began in May of 2012 you would get remarkably consistent answers.

“They would say that they barely recognize the company,” says Clamadieu, who previously was chairman and CEO of the French chemical company Rhodia, which he helped lead back from the brink of insolvency before navigating its acquisition by Solvay in September of 2011. Although Clamadieu disputes that perception — “People tend to overreact to change,” he says — he happily acknowledges that he has been a disruptive leader of this venerable, 150-year-old institution, which has more than 29,000 employees worldwide and a broad product portfolio that includes essential and specialty chemicals, polymers, and vinyls.

Indeed, during the course of his time at the helm of Solvay, Clamadieu has outlined and begun implementing a number of fundamental changes to how the company operates, many of which have profound implications for how individuals do their jobs. For example, Clamadieu has dispensed with Solvay’s traditionally centralized decision making.

“We are quite large, and we’re dealing with a lot of businesses in many geographies,” he says. “We are only going to be successful by empowering the people very close to the battlefield and then holding them accountable.”

Clamadieu says he has also worked on extending innovation at Solvay beyond the research and development labs to also include how efficiently manufacturing plants operate and how flexible and responsive customer relationships are managed. And it is in the successful formulation, articulation, and implementation of these changes that Clamadieu sees the essence of disruptive leadership. While that may sound revolutionary to some, Clamadieu believes periods of disruptive leadership are a fact of life for companies that want to thrive in a quickly changing and complex global economy.

“There could be some situations where you develop such a successful business model that you think the most important thing is to not change a bit of it,” he says. “My feeling is that those situations are not common today.”

Clamadieu’s efforts at disruptive leadership at Solvayhave yet to reach the two-year mark, but he already has a number of practical tips for other executives considering a similar approach.

HAVE A CLEAR VISION

The global chemical industry had total revenues of $3.6 trillion in 2011 and is expected to grow 47 percent by 2016. When Clamadieu was first appointed CEO of Solvay, his marching orders from the board of directors were very clear. It’s a mandate that he can recite without a moment’s hesitation. “We want to be a global leader in the chemical industry and be one of the companies that participates in the reshaping of this industry,” he says. “And to achieve that we need to be among the best performing chemical companies.”

Being able to clearly and concisely enunciate a big picture vision, says Clamadieu, is vital because it provides a context as well as a purpose for all the disruptive changes that are necessary in order to achieve it. In other words, it helps people understand why meddling with the status quo — in everything from procuring raw materials to marketing to operations — matters.

Not coincidentally, having clarity also helps focus executive decisions about what changes and disruptions are truly required.

“You have to develop one simple idea of where you want to go and what you want to achieve collectively and make sure all the strategies and elements are aligned with this vision,” he says.

Among certain circles, there is a romantic notion that a CEO can be a disruptive and transformational leader all by him or herself. Clamadieu disagrees.

“You are not a transformational hero who is carrying the weight of the transformation on your own shoulders,” he says. “You need to have a strong team around you who has the ability to support the changes.” Building a strong leadership corps is one of Clamadieu’s strengths, says Katerin Le Folcalvez, a partner at Insigniam. One of the many things that she says helps Clamadieu stand out as a leader is his careful hiring and focus on finding people with the right attitude in addition to the right skills.

“He surrounds himself with people who share with him the ability to question their own ways, turn over every stone, and challenge themselves,” says Le Folcalvez.

Clamadieu says there are a number of things he and his executive team did that have helped encourage Solvay’s tens of thousands of employees to support the changes. One is simply not to change course frequently, either in the communication of the company’s vision or in the strategy to achieve it.

“It’s important that you show some consistency in the way you act,” he says.

Equally important is to have the patience to let what can feel like drastic changes sink in and be accepted and embraced by the employees who will implement them.

“You need to give people time to understand what you want to do so that they’re willing to move alongside you,” he says. “Otherwise, you are not a leader. You’re just sitting alone in a room making nice presentations.”

BE VISIBLE AND ACCESSIBLE These days, Clamadieu spends about 50 percent of his time visiting Solvay facilities and employees around the globe. He does this because he knows just how important it is for as many of his colleagues as possible to hear about the company’s vision and the need for disruptions from him personally.

“Part of disruptive leadership is understanding that when people hear about it they are a bit lost and the first thing you need to do is reassure them and help them understand what is being done and why,” he says.

Interestingly, Clamadieu says that those conversations are easier in some places than in others. For instance, he says that Brazilians generally are quick to embrace change while Europeans are more instinctively suspicious.

“Their first reaction is often to be on the defensive,” he says.

Regardless of the initial reception, Clamadieu says he always tries to make the company’s overall vision relatable and exciting for each individual.

“Yes, you may have been doing things like this for 10 years and now that job is disappearing but we will find something new for you that allows you to make a new contribution,” he says. “And that change could and should mean personal improvement and personal development. It’s very important to show that this transformation is not just for stock management, but that it can also bring opportunities to people.”

“People say, ‘No, we haven’t, because you have given more authority and empowered my boss and he has become a bit worried because with that empowerment comes responsibility,’ ” he says. “They say their bosses are too focused on their own issues to empower those under them, so it will take time to make sure decentralization doesn’t stop.”

In some ways, Clamadieu’s own transition from leading Rhodia from the brink of bankruptcy to taking over the reins of Solvay has been surprisingly seamless.

“I used to say that at Rhodia we were facing a liquidity crisis, but the root cause was a trust crisis; it was internal, the employees not trusting the leaders and where the company was going,” he says. “Although we had to rebuild the balance sheet, we also had to rebuild trust and the way to do that was not that different from today: setting a goal, explaining how we get there, and making progress quarter by quarter.”

In some ways, being a disruptive leader focused on change was actually easier for Clamadieu at Rhodia than it is at Solvay.

“When you’re in an emergency situation, people don’t ask why we need to change. They understand that you are on the side of a cliff and absolutely need to turn the steering wheel in a different direction,” he says. But at Solvay, which has a strong balance sheet and no large, immediate challenges Clamadieu has had to make a stronger case for disruption.

“The challenge is a bit bigger for the CEO to explain why the situation needs disruptive management,” he says. “In our case, it is because the world is changing.”

Clearly, Clamadieu has made his case well. And it’s a job he relishes. “I would not lead a company that didn’t need big changes,” he says. “I wouldn’t want to take a mundane CEO job.”

>Have a clear bold vision: Be able to state a bigpicture vision for the enterprise.

>Don’t go it alone: Surround yourself with a strong team that supports change.

>Be visible and accessible: It’s important for people to hear about the vision from you — repeatedly and often.

>Be persistent with big ambitions: Do not settle for solid results. Keep working until big, transformational goals are met. 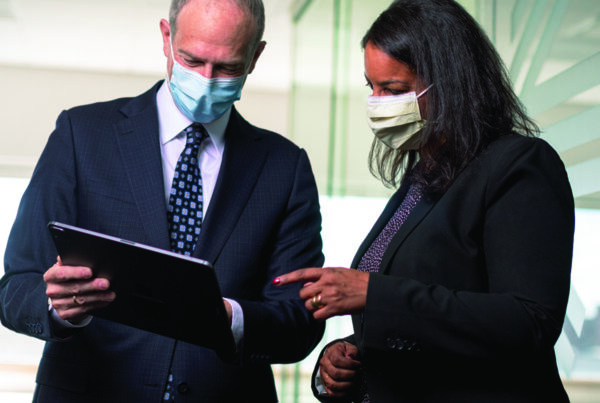 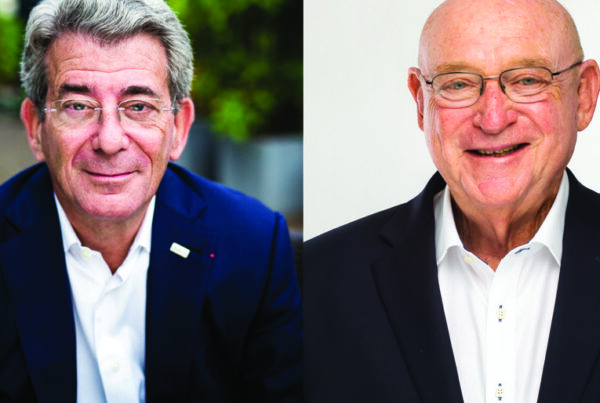