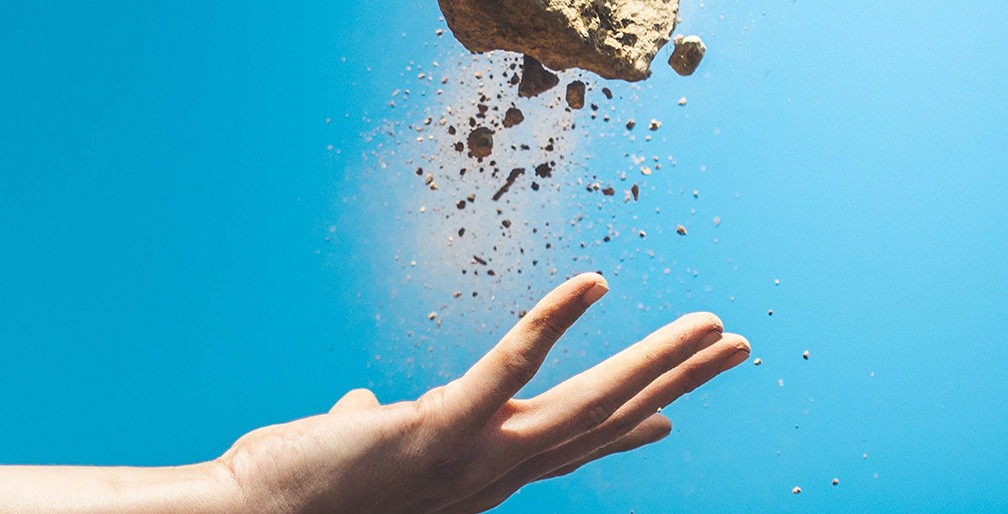 Power utilities are not exactly known for innovation. Highly regulated and often quasi-monopolistic, they have tended to focus on operational stability above all else.

But new technologies, demands and global realities are calling into question these companies’ old habits and assumptions. As the power generation landscape quickly evolves, utilities are realizing they cannot just dig into the ground they have stood on for decades.

Mark Webb has a mantra: “Never before has the present been so temporary.” For him, it summarizes our current moment—when transformative technologies and a growing urgency about climate change are together fueling rapid innovation.

“There’s a hunger here to change at a pace that we haven’t seen in 50 years Click To Tweet,” says Mr. Webb, chief innovation officer at Dominion Energy. Nearly 7.5 million customers in 18 states energize their homes and businesses with electricity or natural gas from the utility, which has corporate roots that go back more than a century.

Mr. Webb likes to point out that despite utilities’ staid reputation, managing change is nothing new in the industry. Back in the 1930s, when many rural areas were still being electrified, utilities employed traveling teams to evangelize the benefits of electrification through new electrical appliances.

“Today we’re so used to plugging everything into the wall that we forget the grid wasn’t always there,” he says. “We answered that call as an industry.”

It is one reason he looks at contemporary challenges with optimism. The utility model, which is based on benefiting the public while also providing a fair return for investors, “is uniquely positioned to create a dramatic answer to a needed societal challenge,” he says.

“We would never be successful if we just created an innovation department and told people to innovate.”

Since being appointed Dominion’s head of innovation in July 2018, Mr. Webb has been on a campaign to weave innovation into the organization’s culture. A lawyer and former chief risk officer, his background at first glance might appear odd for someone charged with breaking molds. But Mr. Webb believes his risk management skills underpin his role as a change agent.

“Understanding the strategic risk that affects the industry is critical to our ability to innovate,” he says. “We need to make some large investments, and we can’t make them if we’re unsure if they’re going to be obsolete.”

But this is not about risk aversion. His challenge is to turn a 21,000-person organization proud of its predictability into one with an appetite for change. After all, change does not simply trickle down from the top. That is why Mr. Webb has set out to create ecosystems that can nurture change in different ways from within.

“We would never be successful if we just created an innovation department and told people to innovate,” he says. “We need to help people feel more comfortable with innovation.” His work at Dominion is guided by three core beliefs: Good ideas can come from anywhere, innovation is a team sport and harnessing innovation is a matter of taking risks while protecting against downsides.

“It’s amazing what you see when people who are out in the field are given a chance to innovate.” 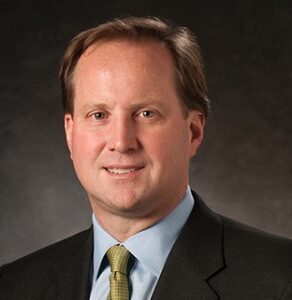 Over the last few years, Dominion has taken the best methods from tech startups and combined them with its risk-management expertise to help inspire valuable ideas from its workforce.

One result has been its innovation accelerators. Leaders of business units can hand-pick teams of up to 50 people who step back from day-to-day work to focus on cultivating and scaling new ideas. The goal is to encourage and pilot actionable projects while training teams to recognize and weigh potential rewards against Dominion’s appetite for risk.

But Mr. Webb understands that innovative ideas are not confined to just leaders or entrepreneurs. That is why this year the company is launching “Spark Tank,” a tongue-in-cheek twist on the popular Shark Tank TV series in which entrepreneurs pitch their ideas to a panel of potential investors.

Through regional competitions culminating in a corporate-level championship round, any Dominion employee—from meter readers to C-suite occupants—can pitch a panel of fellow employees in hopes of securing sponsorship.

The approach was piloted on a smaller scale in recent years, and unearthed ideas from people who might otherwise fly under the management radar.

One example: the repair technician who invented a device to enable line workers to splice power lines directly on utility poles instead of dropping them to the ground first. The gadget not only reduces repair time, but also significantly lessens the risk of injury from handling live wires.

Then there is the Dominion repairman from Utah who came up with a way to reduce the need for gas line workers to climb into trenches to open and close underground pipelines. The device, which is based on the telescoping poles used to change lightbulbs in tall ceilings, allows workers to manipulate valves from above, keeping them out of potential danger.

“It’s amazing what you see when people who are out in the field are given a chance to innovate,” Mr. Webb says.

Dominion’s hunger for new ideas extends beyond the company’s walls as well. The organization sponsors an innovation center for startups in the Richmond, Virginia area where budding local entrepreneurs can leverage Dominion’s resources to help propel their energy-related ideas into projects and businesses.

“We give guidance on what customers are looking for, and we learn from startups about what it takes to be nimble,” Mr. Webb says. Dominion has also partnered with the Plug and Play incubator in Sunnyvale, California. An employee is on the ground working with startups at the incubator to determine how certain innovations could solve the problems that Dominion Energy is currently facing, or will face in the future.

The company is looking to its customers—like Smithfield Foods, the world’s largest pork producer and processor—for big ideas too. Smithfield partnered with a Dominion “sprint team”—a small group tasked with solving problems quickly—to help reduce methane gas emissions from its stables of hogs.

They came up with a special bladder that could enclose the farms’ manure lagoons, capture the methane and convert it into usable natural gas. The same technique is now being applied to reduce emissions from Dominion’s pipelines. The company wants to reduce methane emissions across its gas business by 50 percent over the next decade.

Like other utilities, Dominion will need all the innovation it can get to replace expensive and dirty coal- and oil-fired power plants with alternative energy sources. Part of that change process is rooted in avoiding a narrow-minded attitude suspicious of outside ideas that stymies so many organizations.

“We are great borrowers,” Mr. Webb says. “We are innovating by learning from other companies.”

“My philosophy of leadership is to set an end goal and then empower members of my team to create a strategy to get us there.”

To build buy-in for Dominion’s strategic change agenda across the company, Mr. Webb likes to place the company’s environmental goals in a larger context. In his view, sustainable energy is not a choice—a simple win-lose proposition—it is the future.

Renewable energy sources will be “intertwined with the way we are going to deliver energy,” he says. Once the entire organization recognizes that these deep shifts are inevitable, it will see experimentation and change as essential. “Our single greatest risk would be not having a plan on sustainability,” he says. “We need to have certainty on where we’re headed.”

As he mobilizes the company’s workforce to chart a new future, Mr. Webb again turns to history. The electrical grid that we take for granted today was the result of innovations hatched by utilities decades ago, he points out. Today, new innovations are already challenging the old grid model as community cooperatives and neighbors band together to share each other’s electricity-generating capacity. But rather than seeing such grassroots initiatives as threats, Mr. Webb sees opportunities.

“Providing a grid to meet public needs is exactly what utilities were created for,” he says. “As we electrify in new ways, utilities will be needed to aggregate new sources of power.”

Getting to that future is an innovation process with no clear ending. But Mr. Webb is sure of what kind of leadership is needed to drive change. It is not command-and-control. “My philosophy of leadership is to set an end goal and then empower members of my team to create a strategy to get us there,” he says.

Give people the opportunity to own a process and demonstrate their abilities, and they will become motivated.

“When people have an ownership interest in decisions and the outcome, great things can happen.”

This article appeared in the Summer 2019 issue of Insigniam Quarterly, with the headline “Powering Through Obstacles.” To begin receiving IQ, go here.