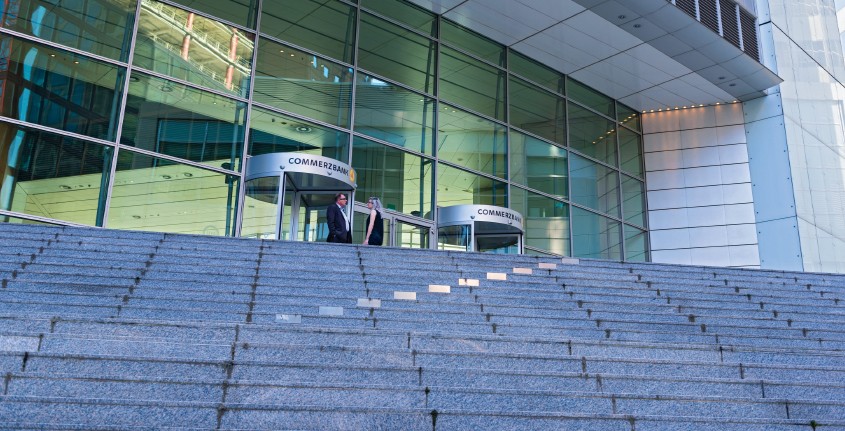 In Germany, a Law to Give Employees a Voice (and a Vote)

Do front-line workers belong in the boardroom? As calls for greater transparency and accountability on the part of corporate boards grow louder globally, the question may elicit strong responses from those on both sides. In Germany, though, the issue is a matter of settled law—and it has been for more than 40 years.

For global executives accustomed to a certain level of privacy in the boardroom, such a model may seem untenable. Given corporate boards’ limited time to deliberate and make critical decisions about a company’s financial strategy, some may question the extent to which employee questions, demands and considerations should factor into top-level business discussions. But codetermination advocates say the German model of employee representation on boards can actually increase both the efficiency and efficacy of decision-making processes.

“Most German companies are content with this model because it leads to less internal conflict,” says Sebastian Sick, head of the commercial law department for the Dusseldorf-based Hans Böckler Foundation, a research institute that advocates for codetermination rights. “They find it is easier to fulfill management strategy once they know the employees are behind it.”

Today, the German model is finding fresh support around the world as political leaders and presidential candidates in the U.K., France and the U.S. propose similar codetermination laws, saying such mandates will give greater voice to worker needs. And they point to German examples of the real business benefits companies can realize from having employee representatives at the highest level of the corporate structure.

For growing German companies, the transition to greater employee representation on boards can be a tough one to embrace. Leaders of German companies approaching the 500-employee threshold at which codetermination requirements kick in often worry about the impact that mandated employee representation will have on the business and on daily operations, says Mr. Sick, who was a member of SAP’s supervisory board from 2015-19. “They fear there will be a loss of power and confidentiality, and that it will create chaos.”

Mr. Sick points to research from the Hans Böckler Foundation on how companies weathered the 2007-09 financial crisis as evidence to the contrary.

According to a report from the foundation, European companies with employee-inclusive supervisory boards were “not only more robust during the financial and economic crisis, but also [they] recovered more quickly from its consequences.” Hans Böckler data shows these companies experienced higher profits and less volatility, laid off fewer employees, and were less likely to participate in stock buybacks or face hostile takeovers.

“They demonstrated better economic success and shareholder returns compared to other European companies,” Mr. Sick says. He attributes this stability to unique insights and perspective that employees provide to board members in these corporate structures. “Employees don’t decide the strategy because the board still has a majority vote,” he says. “But they inspire more sustainable discussions, which wouldn’t occur if you were only talking to shareholders.”

The potential for added value in adding employees to company boards comes with caveats, however. Oonagh McDonald, an international financial regulatory expert and author of Holding Bankers to Account, argues that many employee representatives lack the training and voice to foster real change in the boardroom.

Employee representatives may also lean more heavily toward strategies that advance their near-term priorities rather than those in the best long-term interest of the business. She points to Volkswagen’s emissions scandal as an example. “After it came out, employees said they knew what was going on, but they were afraid to bring it up because they could lose their jobs,” she says. “Most German companies are content with this model because it leads to less debate and less internal conflict. They find it is easier to fulfill management strategy once they know the employees are behind it.” —Sebastian Sick, Hans Böckler Foundation, Dusseldorf, Germany

When companies achieve a size that requires codetermination, employees nominate representatives from each facility or company region to run for the board seats. Employee board members then are chosen via an employee election.

Aline Hoffmann, a former supervisory board member representing the employees at Robert Bosch GmbH and currently coordinator of the European Workers Participation Competence Centre at the European Trade Union Institute in Brussels, says union representatives can lend a broader, cross-sector perspective to board discussions. “It ensures that it’s not just company egoism that drives the conversation, but that there are voices on the board who have larger issues in mind,” she comments.

They also can offer feedback on internal changes that may be necessary if the board decides to pursue a new market, launch a new product line or roll out new technology, Mr. McGaughey adds. This ensures that potential risks and challenges for those who will be charged with carrying out a new directive on the ground are flagged and addressed before execution begins. When employees believe that their voices are being heard, they are more likely to believe they are being treated fairly and are “likely to do more for the company,” Mr. McGaughey says.

“The single most important impact of employee board-level representation is that it forces management to explain their plans to a skeptical audience.”
—Aline Hoffmann, European Workers Participation Competence Centre for the European Trade Union Institute, Brussels, Belgium

Each company that must adhere to codetermination requirements is free to define the supervisory board’s specific powers, and the supervisory board will never constitute a voting majority. However, supervisory board members do get to vote and to be involved in all committees, document reviews and discussions, says Ewan McGaughey, senior law lecturer at King’s College in London. “The employees know the processes, products and internal workings of the company, so they bring real value to these discussions,” he says.

On occasions where shareholders and employees both had concerns about a proposal from management, their pushback would clearly prompt a reevaluation of the proposal. “If we felt that it didn’t align with what was actually happening on the shop floor … then it’s quite likely that the shareholders would side with us and we would together tell management to rethink it,” she says. Ms. Hoffmann says that at Bosch, board meetings were held at a triangular table with the executive team on one side, shareholder board members on another and the employee representatives on the third. This illustrates the group dynamics in the room; among the three different groups, different bilateral alliances are possible, she notes.

Employee representation on a corporate board additionally can be a conduit for better communication between executive leadership and the rest of the company. With employee board representation, the risk of board actions getting “lost in translation” when they are communicated to individuals who will be affected by board decisions but who were not directly involved in board proceedings is mitigated. And because employee board members “are part of this inner circle, and they’re privy to information which is otherwise confidential,” they tend to be seen by those in the workforce whom they represent as a reliable source of insight into the board’s actions, Ms. Hoffmann indicates.

The Global Outlook for CodeterminationIn the background, employee representation can create a sense of urgency around addressing and resolving potential sticking points between management and the general workforce around a new action or initiative. “The single most important impact of employee board-level representation is that it forces management to explain their plans to a skeptical audience,” Ms. Hoffmann says.

Public and worker protests about issues ranging from executive compensation to a perceived lack of attention to employee demands have given rise to calls for mandated codetermination where such requirements do not already exist. [bctt tweet=”In the post-Brexit European Union, 19 of 27 members have some form of codetermination on the books for private and or state-owned companies.” username=”insigniam”] It is further common, though not mandatory, for employees to sit on the boards of state-owned companies in Chile and Israel.

In the U.S., the practice of codetermination is far less common, though Democratic Sens. and one-time presidential candidates Bernie Sanders and Elizabeth Warren both included codetermination proposals as part of their campaign platforms. Mr. McGaughey believes that if Democrats win the House and Senate in the 2020 U.S. elections, the model could gain traction.

Ms. McDonald cautions, however, that adding employees to corporate boards can go only so far toward improving the system of corporate governance. Term limits and morerigorous selection process of independent directors are among the measures she says are necessary for promoting the sustainability of a business and brand. “A lot needs to be done to clean up corporate governance,” she says.

Mr. McGaughey’s advice to executives facing the possibility of codetermination: Consider how your organization’s stated priorities—for example, workforce engagement, improved productivity and enhanced agility—align with the governance structure and action of the board of directors. Introducing employee voices into the boardroom process can be a powerful tool in achieving these goals.

“This article appeared in the Summer 2020 issue of IQ Insigniam Quarterly, with the headline “Sounding Board.” To begin receiving IQ, go here.”