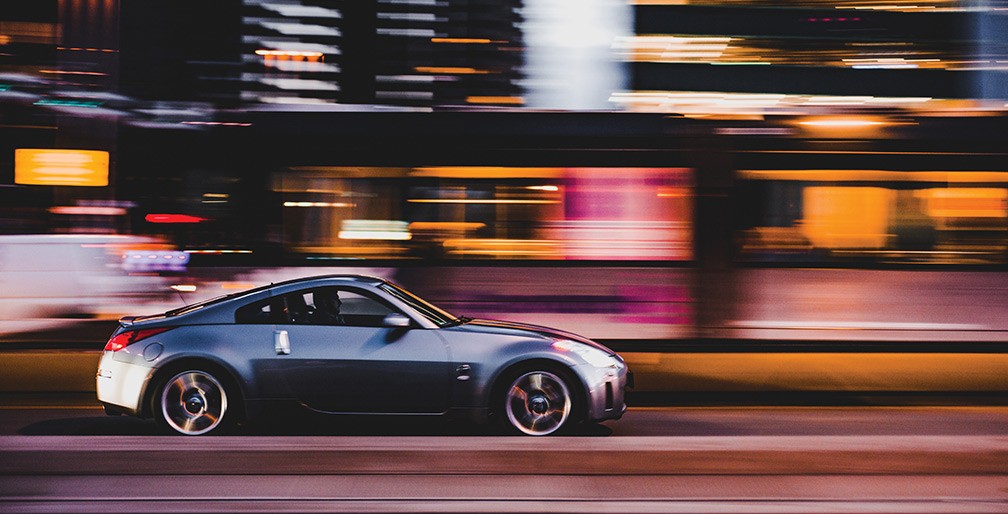 “What do the fastest cars in the world have in common?”

If you have crossed paths with Rick Klenk, odds are you have heard this one before.

Put another way: A company’s performance and success are only as strong as its safety mechanisms. Speed is easy; control is hard.

With this mindset, Mr. Klenk is right at home at Lincoln, a Fortune 250 company headquartered in Radnor, Pennsylvania. For well over a century, it has succeeded in the insurance and investment management space, navigating crises and building on opportunities. Mr. Klenk knows that to deliver favorable results in today’s turbulent financial markets, he and his team must relentlessly assess and mitigate risk.

“The biggest challenge I deal with is constant change. It’s something that continues to grow exponentially, frankly,” Mr. Klenk says.

“The biggest challenge I deal with is constant change. It’s something that continues to grow exponentially.” 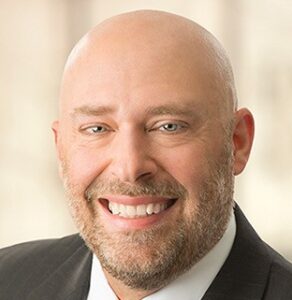 He joined Lincoln in 2011, the year that a dramatic drop in interest rates challenged the company’s balance sheet. But Lincoln had already spent years planning how to weather that possibility. Its stock price has mostly increased in the years since and sits close to its value before the 2008 recession.

The crisis was an inflection point. In the years that followed, Lincoln refined its cultural values, coming to realize that the only way to guard against market volatility was to build a culture of consistency. Its reputation among more than 17 million customers is built on this.

Lincoln may face another test of its consistency soon enough, as many experts anticipate another global downturn within the next year.

“There are all kinds of headlines about the credit cycle, an economic downturn and interest rate changes. CROs like myself are always thinking about that,” Mr. Klenk says. Aside from obvious risks like recession, he also is “always looking at the tail”—the trailing edge on a probability graph that describes the remote possibility of danger to the company.

The question he frequently asks is: How can Lincoln avoid exposure to dangerous outlier risks?

It is a question that no one person alone can answer. As the man most accountable for managing risks, Mr. Klenk knows that for Lincoln to flourish, risk management has to be woven into the company’s culture. “That is how we thrive,” he says.

“The biggest challenge I deal with is constant change. It’s something that continues to grow exponentially.”

To build a true culture of risk management, every employee must become a risk manager. “It’s a mindset. Say you work at a call center. You want to be asking, ‘What things could come at me that could add risk to the organization?’” Mr. Klenk says. “It could be a money order, it could be fraud that comes across your desk. Everyone is on the front lines of risk defense. Everyone is a risk manager.”

Of course, Lincoln cannot be overly risk-averse—it is in the business of taking risks, after all. To help employees determine their risk appetite and make calculated choices, Mr. Klenk developed a custom framework for the company. The framework enables any team—not just actuaries—to thoughtfully weigh options considering potential dangers and benefits. It allows people to regard risk not as a stop sign, but rather as one important factor.

The risk assessment framework has done more than help employees—it has also broadcast his value through the company. “I do not just want to be a risk practitioner putting a risk scorecard out there,” he says.

Instead of being seen as a C-suite “tollgate”—to use his words—he has become a strategic resource for other executives looking for advice when considering new initiatives.

“For me to be effective, I need to be a partner with my peers in the C-suite,” Mr. Klenk says. “It’s easy for me to say no. It’s a lot harder for me to say yes, but it’s incumbent upon me as a CRO to go down that road. I don’t ever want to be looked at as a tollgate somebody has to get through.”

“I do not just want to be a risk practitioner putting a risk scorecard out there.”

Nurturing the Next Generation

Along with consistency, collaboration is the other keystone in Lincoln’s culture. It is something that Mr. Klenk has learned the hard way to value.

Before joining Lincoln, he served in senior roles at Penn Mutual Life Insurance Co. and Nationwide Financial Services. At one organization, he worked with a team at corporate headquarters to develop an actuarial assessment program for the entire company. After launch, their excitement quickly turned to dismay.

“We came up with something we thought was beautiful and theoretically pure and said, ‘We’re going to drive this to the organization.’ We tried to do that and basically failed miserably,” Mr. Klenk recalls. The program “didn’t reflect the entire actuarial organization, and it quickly imploded because we had actuaries with different perspectives.”

The lesson now influences all facets of his leadership. When Mr. Klenk is evaluating a potential hire, he relies on others to vet applicants’ technical abilities. He uses his interview time to assess the applicant’s interpersonal skills and personality: “If I can’t see them embracing all areas of the organization and collaborating well, they’re not going to fit in.”

Cultivating Lincoln’s culture is an equally essential element of Mr. Klenk’s role—what he dubs his “executive influence.” He is the executive sponsor of the company’s actuarial development program, which 125 Lincoln actuaries rely on for professional credentials. Mr. Klenk has worked to ensure the program evolves to reflect technological advances in data analytics and predictive modeling.

“It’s a wave of the future for us and how we do our business,” he says.

The field of risk management has come to embrace big data and forecasting tools to better discern and model patterns of risk. This digital disruption is as much an opportunity as it is a risk for Lincoln and its employees. The technical skills required are always changing—posing an obstacle for senior actuaries who may lack the digital literacy necessary to remain at the forefront of the field.

For young professionals, Mr. Klenk recommends aiming for broad experiences early on. He suggests moving around in a company to absorb varying perspectives and better understand how it operates. And drawing from the lesson of his failed actuarial tool, he also recommends building partnerships with their peers.

“If you’re working in a silo, you’re going to stay in your silo, and that’s going to be detrimental to the organization Click To Tweet,” he says.