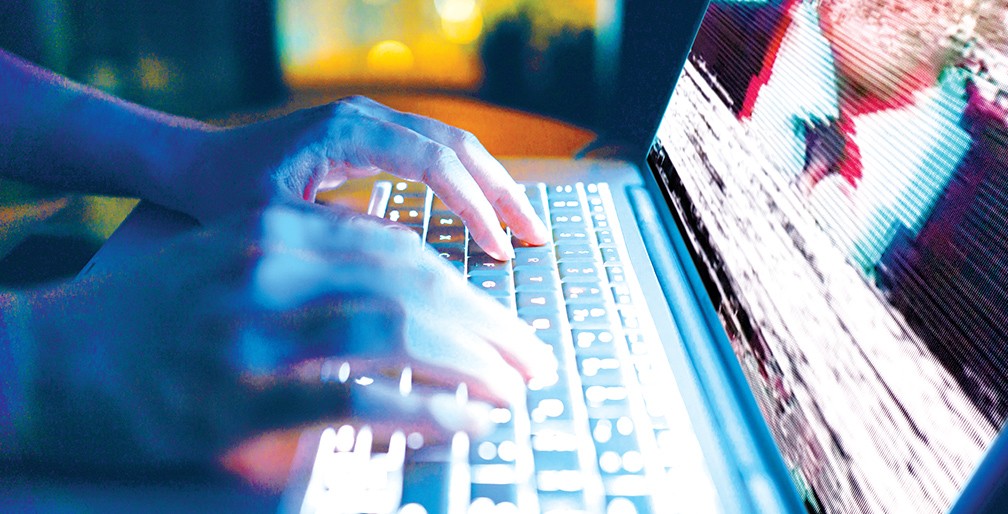 Successful Changemore from Hidden Gems for the Future issue

Few things can elicit a deer-in-the- headlights feeling quite like a conspiracy theory bearing down on a business. Whether it’s the idea that a COVID-19 vaccine is a tool for injecting mind control chips into people, that genetically modified foods alter human DNA or that a company’s voting machines are rigged to favor a particular candidate, a falsehood can tarnish brands, erode revenues and, in a worst-case scenario, put a company out of business.

Yet, despite how easily these false-hoods can be disproved, they persist—and even flourish. “The concept of conspiracy theories has always existed. Throughout history, we have had various questionable theories presented to explain events,” says Geoff Dancy, associate professor of political science at Tulane University. “The difference today is that we have conspiracy movements. There are entire social and political groups, such as QAnon, that promote and spread these ideas.”

For a company caught in the crosshairs, a conspiracy theory can be terrifying. There’s the fundamental question of whether to respond. Frequently, addressing the key points only seems to fuel the conspiracy theory.

For those that opt to address it publicly, there’s also the question of how to respond and how to mitigate the potential reputational damage. “Determining what action to take can be extremely difficult,” says Alan Silberberg, CEO of Digijaks, a firm that provides crisis management services.

A Dose of Reality

The term “conspiracy theory” implies that a construct is far-fetched or false. “It’s typically used as a derogatory term to disqualify an alternative interpretation of an event,” says Marc Tuters, assistant professor in the humanities, media and culture department at the University of Amsterdam in the Netherlands.

What was once a niche problem has gone mainstream. A May 2020 study done at the University of Cambridge in the U.K. found that only 50% of the public showed little or no inclination to believe conspiracy theories, while 25% displayed consistent or high levels of acceptance. In the U.S., research from the University of Chicago found that at least 50% of the population believes in at least one major conspiracy theory.

It should be noted that the business world and governments have done their part to contribute to the problem. For example, cigarette companies hid data about lung cancer for decades, and oil company executives buried data that clearly proved climate change was taking place. “These acts contribute to a climate of mistrust,” Mr. Tuters says.

“Once the story is in the press or on social media, people pick it up and it’s next to impossible to reel it in.” —Alan Silberberg, CEO of Digijaks

And there’s plenty of mistrust to go around. Not surprisingly, the result can be devastating for businesses. And it’s only getting worse. As online media and social networking have expanded, the breadth and volume of conspiracy theories have skyrocketed. Sites and apps such as 4chan, 8chan and TikTok have become hot spots for rumors. Artificial intelligence (AI) bots serve as additional accelerants. Mr. Dancy notes that more than 70 governments were caught in active disinformation campaigns in 2020.

Adding more fuel to the fire, there’s also an entire ecosystem that benefits financially, says Jay Rubenstein, a professor of history at the University of Southern California. “People make a lot of money through books, websites and documentaries.”

The Cost of a Conspiracy Theory

Understanding how much pain a conspiracy theory can cause requires only a look at a textbook case that began in the 1980s, when Procter & Gamble (P&G) had to confront accusations that its “man in the moon” symbol represented the devil and members of the organization were engaged in Satanic worship. In the early 1980s, a rumor surfaced that the president of the global household goods company, home of such popular brands such as Tide, Crest and Pampers, had gone on TV and confessed to worshiping Satan. P&G’s logo—which featured a bearded, crescent man-in-the-moon amid a field of 13 stars—became a regular target for conspiracy theorists. In reality, the logo was trademarked in the 1880s, a full century before the P&G devil panic started.

For more than a decade, P&G fought back and even sued those caught spreading the rumor. It expunged the image of the moon and stars from its iconic logo. Finally, in 1995, P&G filed a lawsuit against four former distributors of Amway whom the company accused of knowingly sharing the rumors.

In 2007, a U.S. District Court in Cincinnati, ruled in the company’s favor. P&G was awarded $19.25 million in damages. But the real damage had been done. An economist hired by P&G calculated that, due to the rumor, the company lost an estimated $49.5 million in sales from March 1995 to August 1997 alone. And the company’s unreported legal expenses are believed to have cost several more tens of millions of dollars.

More recently, pharmaceutical companies have been hit with claims that COVID-19 vaccines alter DNA or actually cause the illness. Some of these theories are the product of pseudoscience-based fearmongering, but state-sponsored disinformation has also played a role: In March, the U.S. Department of State identified a Russian disinformation campaign that aimed to undermine confidence in Western COVID-19 vaccines produced by Pfizer and other pharmaceutical companies, likely as part of an effort to promote the sale of Russia’s own Sputnik V vaccine. While the intent may have been to siphon market share from Western vaccine producers, this kind of disinformation also has social costs. If someone simply reads about anti-vaccine conspiracy theories, it reduces the likelihood that they will get vaccinated.

Along the same lines, people who are exposed to anti-government conspiracy theories are less likely to vote and engage in politics, and exposure to climate change conspiracies, unsurprisingly, reduces intent to shrink a carbon footprint. In short, the social impact of spreading conspiracy theories is an increasingly disengaged populace that feels powerless to effect change, is less trusting of businesses and government, and is increasingly susceptible to even more conspiracy… Click To Tweet

In some cases, rumors and false information originate with competitors, who may post anonymously on social media or use a public relations campaign to attack a company. “Once the story is in the press or on social media, people pick it up and it’s next to impossible to reel it in,” Mr. Silberberg says. In some cases, companies inadvertently fan the flames through a lack of transparency or through past actions that might appear suspicious.

Unfortunately, there’s no simple way to address the problem. The worst approach, Mr. Dancy says, is to actively argue with conspiracy theorists, especially point by point in press releases or public forums. “In many cases, the more vigorously you respond, the more you validate the concept in people’s minds.”

In early 2020, conspiracy theories linking the rollout of 5G to the spread of COVID-19 began circulating. There was a tangible cost associated with the circulation; in the U.K., conspiracy believers set 5G towers on fire and harassed workers laying fiber-optic cable.

In April 2020, Verizon CEO Hans Vestberg became so frustrated by all the false information about 5G that he responded to persistent conspiracy theories by calling them “fake news” on television. Then he directed viewers to FAQs published online at Wireless Health Facts by mobile industry trade association CTIA, which addressed various conspiracy theories. Less engagement and less talk, more facts: It was the right approach, and an example for other leaders.

Pharma companies facing conspiracy theories and disinformation about their COVID-19 vaccines have mostly relied on the Centers for Disease Control and Prevention (CDC), health officials and organizations like UNICEF to dispense accurate information. But some have also posted succinct FAQs and information guides. For example, Pfizer offers a vaccine fact sheet on its website, while Johnson & Johnson says simply that “the Janssen COVID‑19 Vaccine does not contain SARS-CoV-2 and cannot give you COVID‑19.”

Sometimes, lawsuits are a deterrent, especially when you can pinpoint a clear source and clear evidence exists, Mr. Silberberg says. This past April, for example, Dominion Voting Systems sued Fox News for $1.6 billion for its role in spreading the theory that “Dominion committed election fraud by rigging the 2020 presidential election.” In its complaint,

Dominion stated that it expects a $600 million loss over the next eight years due to the “severity, pervasiveness and permanence of the viral disinformation campaign.” It worked: Several media outlets retracted stories and did not pursue coverage. While the approach doesn’t stamp out a theory, it can slow the spread of bogus information.

Social listening techniques can help detect conspiracy theories and address them before they run rampant. Research shows that people can be “vaccinated” against disinformation by exposing them to a small amount of it, linked to a clear warning that it is false; then, when they are confronted with the misinformation, they’ll associate it with the warning.

In the end, leaders must recognize that conspiracy theories aren’t going away. Many are decades-old and periodically mutate into current themes with current technology, Mr. Rubenstein says. They’re often part of a larger battleground of political and social ideology, with companies and people caught in the crossfire. The best recourse mirrors that of stopping a virus: Detect early, inoculate against infection, and take swift, decisive action to limit the spread. When all else fails, take it to court.

Mr. Dancy concludes: “Humans do a lot of theorizing to explain things. That’s not going to change. As theories go, so go conspiracy theories.”