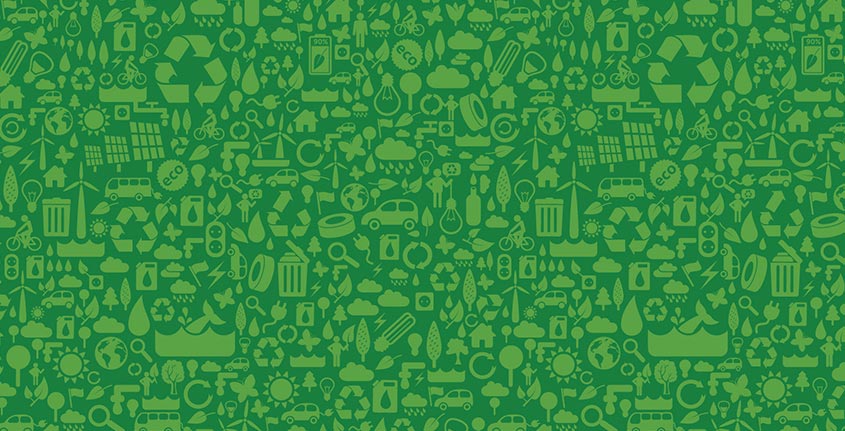 Every business should reconsider its energy plan, according to Robert Armstrong.

As director of the MIT Energy Initiative (MITEI), Armstrong possesses an advanced perspective on this topic gleaned through pursuing only one mission for the last nine years — researching a comprehensive energy transformation that will help steer the world to clean energy usage. The MITEI program was launched in 2006 to create a platform for research, education, and outreach programs while partnering with companies across a wide array of energy-related businesses. In the course of that mission, MITEI has garnered an impressive membership, including BP, ExxonMobil, Shell,  Saudi Aramco, Bosch, Edison International, and Lockheed Martin Corporation. All in all, 71 member enterprises make up the collaboration, with room for many more. They are all working with MITEI faculty, staff, and students on various projects to transform the earth’s energy systems and move the products of this alliance into the energy marketplace.

The brains behind MITEI are academics working in the proverbial ivory halls across the Massachusetts Institute of Technology campus. The theory is that you can’t expect to transform the earth’s energy systems without engaging the world, and MITEI is looking at energy problems from all angles — economic, environmental, and security concerns.

While it might seem like a no-brainer for energy companies like Duke Energy Corporation to work with an energy initiative, MITEI also has active members that aren’t readily associated with fossil fuels, such as Rockport Capital Partners and BlackRock, Inc. Walmart is currently working with MITEI on its long- term goal of being supplied by 100 percent renewable energy. In addition,Walmart and MITEI are making great progress on the company’s goal to produce or procure 7 billion kilowatt hours of renewable energy globally by 2020.Armstrong these partnerships essentially as logical byproducts of common corporate initiatives.

“Every company is an energy company,” according to Armstrong. “Companies either produce energy, generate it, distribute it, or they use it. Okay, so we bring all of those aspects to the table in our meetings and discussions, and I think that’s a very valuable part of MITEI, to get the discussion going between the ones using energy and the ones producing it, and I think they learn a lot from each other.”

Armstrong makes it clear that MITEI is not simply a forum for getting together to exchange business cards and share energy ideas. Since it was launched in 2006, the MITEI Seed Fund Program has offered funding of approximately $15.8 million to 129 promising early-stage research proposals. In addition to its funding efforts, MITEI provides brainpower as well. “It’s a very engaged process, so we work very closely with the members in designing and executing the process,” Armstrong says.

In 2014, more than $1.6 million was awarded to 11 projects, including one that would allow methane gas to be converted into liquid methanol at remote recovery sites,which would make it cheaper to store, transport, and use the fuel. Other projects include work on dual-mode lithium-bromine seawater batteries and nanostructured high-performance electrostatic capacitors. 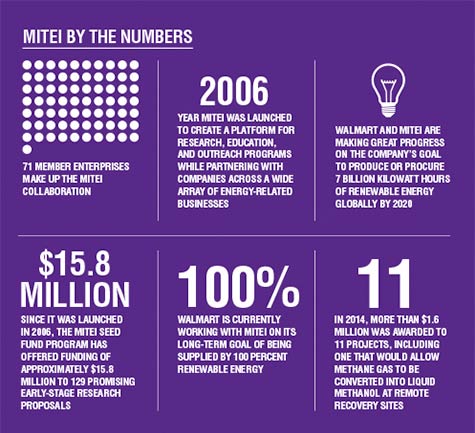 Although these types of cutting-edge projects are immensely complex, Armstrong, a professor chemical engineering, affably his enthusiasm about their potential applications in layman’s terms. For instance, it’s easy to understand how one can get excited about energy transformation when he discusses the work that’s being conducted with MITEI member Ferrovial, S.A. The Spanish multinational company owns, or partially owns, everything from airports to toll roads, within which they’re working to make drive-by energy audits.

According to Armstrong, technology Ferrovial is developing will someday afford city employees capability of driving through at night and taking rapid infrared images of buildings — all while using the already-existing cameras that are so prevalent on city streets.

And what’s so useful about that? Armstrong forecasts that this technology could save cities thousands, perhaps millions, of dollars, while making millions more for companies like Ferrovial. “You’ll be able to much more easily find leaks in windows and uninsulated attics,along with parts of the buildings that are energy losers,” Armstrong says. “And by doing that, it can help put less pressure on the grid and reduce the need for new power generation.”

Another MITEI project is built around a partnership with Eni, an energy company with a footprint in 70 countries that employs approximately 79,000 people. The Eni-MIT Solar Frontiers Center is working on developing the next generation of solar technology.

But if the future follows the path that Solar Frontier Centers has laid out, implementation of solar technology is going to be much less expensive to manufacture and far easier to install.

“Think about the photographic business, and how Eastman Kodak’s film with multiple coatings allowed you to develop high-quality photographs” Armstrong explains.“I want us to do the same thing with photovoltaic material, where you can roll it out over the roof and plug it in, and you’re up and running. We’ll have to be able to deploy this on a large scale for the price requirements to come down, but to me, that’s the future.”

The assumed CEO viewpoint may be that if tried-and-true energy systems are still working, he or she wouldn’t particularly be interested in working on using microorganisms from the ocean to make biofuels, or harvesting energy from water waves and vibrations on a sidewalk and turning it into electricity. But the reception from business leaders has been extremely positive.“I haven’t heard anyone say that this is a waste of money,” Armstrong says.

“Having the top leadership buy into transforming an energy system is important,” Armstrong says. “I think the leaders we’ve worked with are all very forward thinking. That’s definitely a common trait of the top executives who invest in new technologies.”

It also helps when companies have forward-thinking board of directors, Armstrong adds. In fact, Ferrovial started its own in-house corporate research group after aligning itself with MIT. “They’re looking for new ways to improve their business’s bottom line,” Armstrong says. He adds that, along with identifying energy leaks in buildings, Ferrovial also is working on technology that eventually will allow them to scan infrastructure such as buried pipeline so that leaks or potential problems can be identified.

“If I can do that and know where to find pipe that need repairs, then I can provide the same services to other cities,” Armstrong says, offering a glimpse into how technology can be a game changer for companies and communities in the future. Everybody wins — the businesses and cities that save money on energy costs and the companies that can help them find those savings.