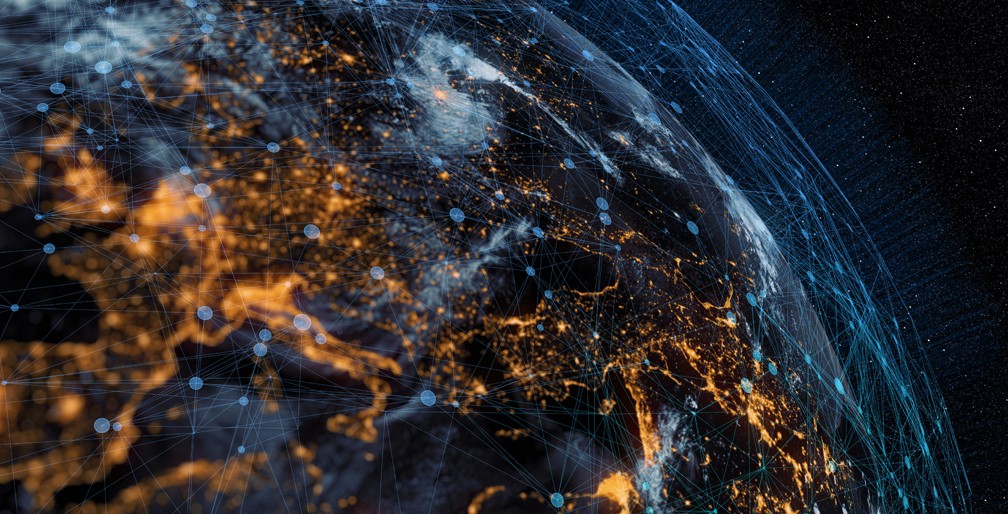 Commercializing the Race to Space

After publicly stalling out due to cost concerns circa 2011, America’s space race is quickly heating up again. Only instead of NASA, this time it’s being spearheaded through private space exploration by three billionaire investors and the companies that mirror these entrepreneurs’ out-of-this-world ambitions: Richard Branson (Virgin Galactic), Elon Musk (SpaceX) and Jeff Bezos (Blue Origin).

Expected to be a $1.4 trillion market by 2030, according to analysts at Bank of America, private space exploration and tourism are already ushering in a host of new innovations outside of traditional aerospace and defense realms. For example: Morgan Stanley suggests that the business world’s growing rush to reach orbit may also help sate the world’s ever-growing appetite for high-speed satellite broadband technology and data, kick-start rocket-fueled delivery services and even enable asteroid mining in years to come. Here, we take a closer look at the field’s three front-runners, how each is pioneering new scientific advancements, and various trickle-down innovations that private space exploration may soon bring back to dozens of industries on planet Earth.

On July 11—just 17 years after announcing the company—Virgin Group founder Richard Branson took his inaugural trip 53 miles above the Earth’s surface in Virgin Galactic’s suborbital, rocket-powered space plane VSS Unity. Capable of holding six passengers and two pilots, the craft isn’t likely to be earthbound for very long; the company has already sold around 600 tickets for flights at the princely sum of $200,000 to $250,000 apiece. As of early August, more tickets were available starting at $450,000 each.

The increasing desire for private space exploration points to companies’ growing desire to more cost-efficiently use resources, leverage emerging or preexisting technology in new ways, optimize processes and workflows, and pioneer new markets by democratizing access to resources and equipment.

The first of the billionaire space company founders to reach the edge of space (depending on the definition), Branson did so thanks to myriad scientific and business innovations made by his firm. Advancements not only include a new high-speed aircraft design that leverages modular technology to improve flight rate and maintenance access. They also incorporate a livery design built from a mirrorlike material that provides heightened thermal protection and color-changing potential, a spectacular display of the plane’s advanced capabilities in keeping with Branson’s notoriously flashy brand of showmanship. These upgrades have helped power Virgin Galactic’s ongoing push to capture public and media attention, enticing armchair astronauts to fulfill childhood dreams and fueling a booming business in space tourism.

Moreover, unlike traditional crewed rockets, which launch from ground-based locales, Virgin’s ships lift off from bigger planes that drop them off in midair. It’s a highly efficient technique that consumes less fuel and reduces the need for custom launch pad infrastructure. Passengers, who can enjoy three to five minutes of weightlessness, will soon include scientists who can run experiments midflight, as opposed to primarily using traditional suborbital space testing methods—i.e., spacecraft without a crew.

Tesla founder Elon Musk’s SpaceX is an all-purpose space technology firm that designs and manufactures myriad cutting-edge rockets and spacecraft. Case in point: Its Dragon capsule has already proved it can cost-efficiently carry crew and cargo to the International Space Station. The company’s Starship large-scale rocket and spacecraft system is also designed to carry massive payloads into orbit—and, thanks to NASA’s support, is expected soon to land the first astronauts on the moon since the Apollo program.

Not yet 20 years old, SpaceX is additionally focused on introducing more dependable equipment at a fraction of standard production and operating costs. Other innovations include the Falcon 9, a reusable two-stage rocket for repeatedly transporting people and equipment into space, and Falcon Heavy, the world’s most powerful rocket today, which can carry twice as much weight as its closest competitor. SpaceX’s ambitions even extend to commercial space flight and ride-sharing if you or your company’s inventory need to catch a quick lift into the atmosphere.

Almost as curious as the company’s public-facing creations are those powering its operations behind the scenes, including a fleet of autonomous drone ships that catch rockets as they hurtle back to earth, landing in the ocean. SpaceX is also heavily investing in building out Starlink, a broadband internet service powered by thousands of satellites that has the potential to bring high-speed connectivity to remote and rural areas around the globe. In short, by leveraging a host of leading-edge technical advancements to power practical innovations in communications, transport and aerospace operations, SpaceX aims to privatize the field of space flight as a whole. No wonder NASA ranks among the company’s biggest customers.

The brainchild of Amazon founder Jeff Bezos, Blue Origin was founded in 2000 with the mission of expanding humanity’s reach into space, fueling interstellar exploration, and powering the search for new material and energy resources. It hopes to do so by delivering low-cost, fully or partly reusable orbital launch vehicles that can serve the needs of businesses and individuals alike. One person recently paid an astounding $28 million for a ticket.

Unlike Virgin Galactic, Blue Origin makes spacecraft that are able to cross the Kármán line—the 62-mile-high measurement that most countries consider to be the boundary of outer space. (The U.S. uses 50 miles as a benchmark instead.) The company’s mantra is “Launch, Land, Repeat,” a testimonial to its commitment to drastically lower expenses associated with space travel, and to the built-in vertical takeoff and landing technology that allows used vehicles to be quickly refurbished and once again take flight. Note that Blue Origin is also experimenting with oversized lunar landers designed to ferry astronauts and equipment affordably to and from the moon.

The increasing desire for private space exploration points to companies’ growing desire to more cost-efficiently use resources, leverage emerging or preexisting technology in new ways, optimize processes and workflows, and pioneer new markets by democratizing access to resources and equipment.

Each of the big three players has sought to tap into a mix of proprietary and community knowledge bases, leverage new high-tech and engineering advancements to lower overhead and operating costs, and boost the accessibility of space travel. Likewise, all have looked to raise public awareness, amortize their investments in new innovations and extend potential revenue streams by finding new business applications for their proprietary solutions at every turn.

To read more about the commercialization of space, read “Commercial Space Is Becoming Big Business.”

Virgin Galactic is publicly traded, Blue Origin and SpaceX are not. However, more than 10,000 companies (42% of which are American), worth upward of $4 trillion in total, are now pioneering space-based business solutions. In addition, many of these firms—which are looking to make plays in many fields, like telecom, tourism, artificial intelligence and robotics—are investor-friendly startups helping to further capitalize or expand upon the innovations that the big three players are ushering in. Key areas of growth going forward for space-based business are expected to include navigation and mapping, satellite communications, cloud-based applications, manufacturing, and health care/medicine. And that’s before you factor in potential research and scientific applications. Example: the University of Florida researching plants’ changing gene activity in weightless environments via experiments conducted in partnership with Virgin Galactic.

It’s yet to be determined whether billionaire-funded private space exploration spaceflight firms will successfully deliver on their aim to democratize space travel, or such trips will remain a prohibitively pricey luxury for most aspiring voyagers. Regardless of whether casual flights into space and stargazing business or research contracts become more commonplace, it’s clear that this nascent field has a promising future. While a Jetsons-style culture of weekend jaunts into orbit is still the stuff of science fiction for now, don’t forget: Succeed or fail, to their credit, all of these firms are helping expand businesses’ ambitions to the stars and beyond and helping illustrate a multitude of potential new uses for aerospace solutions.