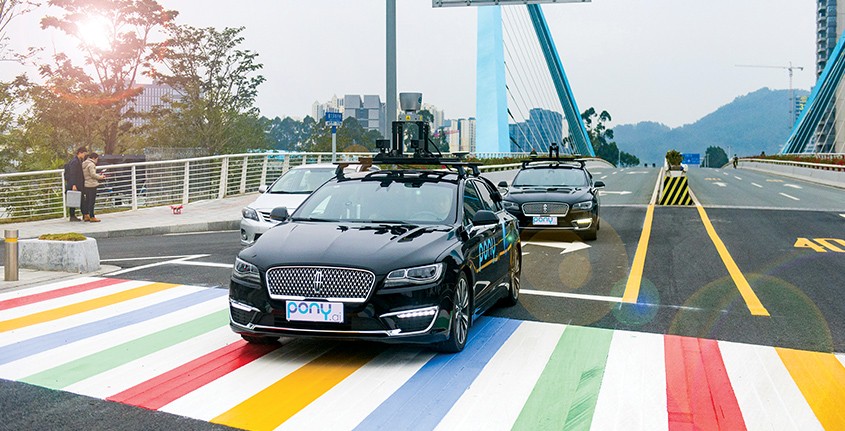 The Ticker: Are We Ready for Driverless Cars?

Any news junkie can be forgiven for believing the onset of the autonomous vehicle age has unstoppable momentum. Breathless stories trumpeting the end of driving as we know it keep crowding news feeds. Self-driving cars are just around the corner. Right?

Here is the thing: A good number of people fear riding in a fully autonomous vehicle—especially in the United States. Click To TweetSixty-three percent of American drivers feel this way, according to a January survey by the AAA. That is a sizable majority, but it is a significant drop from a year ago, when 78 percent of Americans said they were fearful.

In China, however, the number of consumers ready to take their hands off the steering wheel is far more substantial. A survey released in February by TÜV Rheinland suggests that most people in China are comfortable with autonomous vehicles. More than 63 percent of Chinese respondents said driverless cars will increase safety, according to the survey, as opposed to 34 percent of U.S. drivers.

A good number of people fear riding in a fully autonomous vehicle—especially in the United States.

The big disparity might have as much to do with contrasting media environments as it does with openness to new tech. “We can only assume that this [negative perception among Americans] is driven by media reports on accidents and current issues with autonomous vehicle technology, which is seemingly more present in the U.S. than in China,” Matthias Schubert, executive vice president of mobility at TÜV Rheinland, told Quartz.

The first pedestrian fatality in the U.S. caused by a self-driving car—which occurred in March in Arizona—might ramp up Americans’ unease. In the wake of the crash, Uber, which was running the test, was ordered to suspend its tests in the state. The episode could harden people’s worries about the new tech.

Reversing negative impressions will take some legwork. Mr. Schubert had a message for vehicle manufacturers and governments alike: Educate the public with more and better information about the benefits of the new technology.