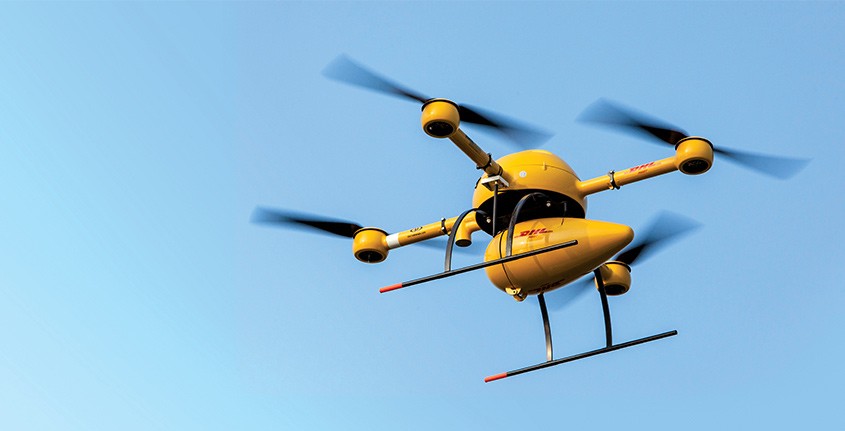 Attention, customers: [bctt tweet=”The drones are coming”]—and they will be bringing everything from your latest online purchase to dinner for the night.

Drone delivery has come a long way since 2013 when Amazon first announced its intentions to begin shipping customer orders via the unmanned aerial vehicles in as soon as four or five years. At the time, many observers dismissed it as a marketing gimmick. The e-commerce giant, however, is getting closer to turning drone delivery into reality, most recently securing approval from the British government to expand testing in the United Kingdom.

But Amazon is not the only company making the push for these robots to take flight. Around the world organizations are launching efforts to secure their place in what could be a game-changing way to serve customers. Here is a look at four organizations that have made strides this year.

“Drone delivery is the ultimate convenience for our customers and these efforts create enormous opportunities to redefine convenience.”

The global convenience store chain teamed up with drone delivery startup Flirtey and the Nevada Institute for Autonomous Systems in July to achieve the first commercial delivery to a private residence. The customer in Nevada received a chicken sandwich, coffee, candy and the store’s signature frozen Slurpee drinks.

“Drone delivery is the ultimate convenience for our customers and these efforts create enormous opportunities to redefine convenience,” 7-Eleven Executive Vice President and Chief Merchandising Officer Jesus Delgado-Jenkins said in a press release. “In the future, we plan to make the entire assortment in our stores available for delivery to customers in minutes.”

The German-based global delivery service claims to be the first worldwide company to offer a transport drone for end-customer delivery. Earlier this year, the organization completed 130 test flights of its Parcelcopter drone, which, according to Popular Science, can travel up to 5 miles, at an altitude of over 1,600 feet, carrying 4.4 pounds of cargo at more than 40 mph. The tests, conducted between villages in Germany’s Bavarian Alps, cut down typical transport times from half an hour via truck to just eight minutes, Wired reported.

“With this combination of fully automated loading and unloading as well as an increased transport load and range of our Parcelcopter, we have achieved a level of technical and procedural maturity to eventually allow for field trials in urban areas as well,” Jürgen Gerdes, management board member for post, e-commerce and parcel at Deutsche Post DHL Group, said in a press release.

In September the company announced a partnership with Qualcomm to begin testing how drones can leverage cellular networks while in transit and out of operators’ lines of sight. The test drones will be equipped with AT&T’s LTE cellular modems. “There are a lot of great, innovative ideas for drone use out there, but we first need new technology that proves that the devices can fly safely over populated areas and in the national airspace,” Paul Guckian, Qualcomm’s head of engineering, told Wired.

FedEx, Deutsche Post and Hermès are three companies that could soon see an upgrade in their on-the-ground delivery capabilities. All three companies have Mercedes-Benz vans in their fleet, and the vehicle manufacturer in September announced plans for its new Vision Van, a concept car that will serve as a launching pad for autonomous drones.

The drones are made by startup Matternet and can transport packages weighing 2.2 pounds or less within a 12.5-mile range, according to The Wall Street Journal. “If a parcel service provider stops his vehicle in a residential area, it will be possible to deliver multiple packages to nearby consignees autonomously by air—even if they are not at home—in addition to manual delivery,” Mercedes-Benz manufacturer Daimler announced.