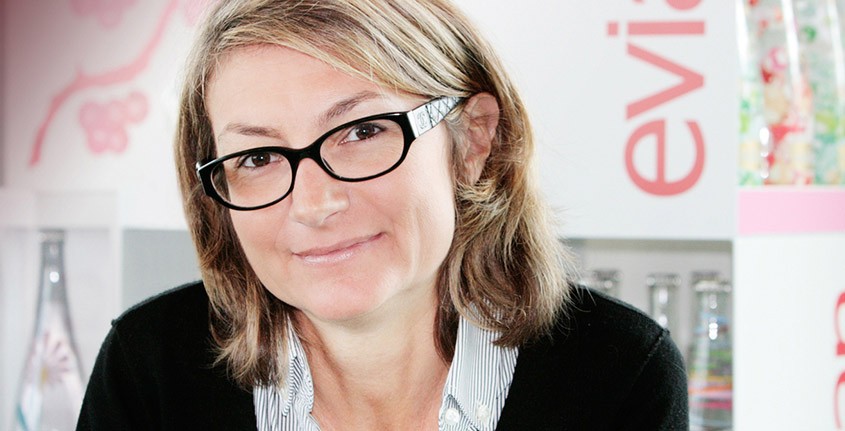 For companies like Danone — the food products multinational based in Paris and maker of brands like Evian and Volvic — bottled water has become liquid gold.

In addition to its world leadership in fresh dairy products, Danone is one of the major players duking it out to quench the thirst of consumers. The industry has a current global market value of more than $60 billion and continues to grow briskly. Its success — No. 2 globally, behind Nestlé — helped make Danone a Pepsico buyout target in the mid-2000s. (That, in turn, sparked an uproar among French politicians, who were eager to hang on to their national treasure.)

Danone had just fended off the hostile takeover when the economic recession hit. Instead of becoming paralyzed by challenges, the company responded by pursuing an enterprise-wide transformation, a process that involved change at the individual, strategic, and organizational levels.

“We wanted to create a new strategy for the company, never really thinking of the crisis but thinking only of the future,” says Véronique Penchienati, general manager of Danone Waters France in Paris. “We said, ‘Let’s leave behind our fears and doubts, and let’s follow our intuition and desires for what we want to be as a company.’ ”

At the time, Danone also was beginning to ramp up global expansion, particularly in emerging, high-growth countries, where there’s strong demand for bottled water and products in Danone’s three other major divisions: Fresh Dairy Products, Baby Nutrition, and Medical Nutrition.

Transforming not just the waters group but the entire enterprise of Danone required companywide buy-in. Executives from various divisions got together with the goal of defining the company’s values and developing a set of “leadership ingredients,” principles represented by the acronym CODE: committed, open, doer, empowered. Next, the process was expanded to include all employees.

“Everyone, from the top executives to people out in the field to assistants, had the opportunity to contribute to the vision for the company and its transformation journey,” Penchienati says. “Sharing that ambition creates strength. We said, ‘This is the future we want to build. What are the different steps we can take to achieve it together?’”

Various transformation projects were identified and prioritized, with multifunctional teams assigned to each. Employees at all levels were given the opportunity to participate, encouraging dialogue, knowledge-sharing, and creativity, and strengthening the sense of collective ambition.

For Penchienati, the transformation process catalyzed one burning imperative in her mind — innovate everywhere. That means innovation in everything from the way products come to market to connecting with consumers and including them in the circle of innovation.

Consistent with its mission of “bringing health through food to as many people as possible,” Danone’s products are designed to promote health and nutrition across all age groups and cultures. Instead of trying to predict what people want or presume their habits, Danone went directly to the source and made consumers part of some of its R&D teams.

Looking ahead, Penchienati says Danone is focused on three key things: ongoing innovation, connecting with consumers, and adapting, whether that means new markets, consumer trends, or business conditions. “We need to be a step ahead of what is happening, so we can continue to lead our own transformation,” she says. “That is a key challenge and a key motivation.”

For Penchienati and the waters group that means:

Danone has expanded a program that started in 1992 around the Evian spring. Danone worked with local stakeholders to make sure that non-polluting businesses were encouraged and supported around the spring’s catchment area. That model was expanded to include other springs that supply other brands in the waters group.

Danone is also working with consumers around the world to preserve local resources. With the help of 420,000 schoolchildren and parents in Poland, 1 million trees were planted in the mountains where leading water brand Žywiec Zdrój is collected.

This is in-line with another enterprise transformation outcome: a company-wide movement to reduce its carbon footprint. Danone has done that by a whopping 40 percent, across all brands, between 2008 and 2012. “It’s a source of pride for all Danoners, as everyone took part, from packaging to logistics,” Penchienati says. “We want to continue to grow the company, but in a sustainable way. That’s the core of our company and our uniqueness.”

For example, their key Latin American brands, Bonafont con Jugo in Mexico and Villa del Sur Levité in Argentina, created a completely new segment of flavored waters, or aquadrinks, by making the time and investment to dialogue with consumers. The consumer in Latin America is drawn to soda drinks. The huge marketing investments of behemoths Coke and Pepsi created a “thirst” for carbonated beverages that overshadowed any of Danone’s traditional, non carbonated offers. These new drinks created a new segment, one that simply didn’t exist yet quickly attracted customers who were traditionally soda drinkers. Sales of Villa del Sur Levité have tripled since 2008, and in 2011 the brand became Argentina’s No. 2 non-alcoholic beverage by volume.

An outreach program in the waters group, Hydration for Health (H4H), was developed to expand consumer-company dialogue. Most nutrition programs typically focus on food intake, but the quantity and quality of fluids people drink every day can have a significant impact on their wellbeing.

H4H is a robust initiative that involves educational programs and tools (including an iPhone app), scientific research and conferences, an awards program, and an online hub for health professionals. All employees are given the opportunity to go out into the field, once they’re trained, and educate and engage with consumers. “We have been doing this for two years, and this year we had more than 150 Danoners who took part in the program,” Penchienati says. “Connecting with consumers, having real conversations with them and keeping them connected, is very important.”

The H4H program has helped enhance Danone’s stature as a leader in the public health realm—and in the über-competitive waters market. In 2012, the company’s waters division saw a 10 percent increase in sales, to €3.6 billion (the equivalent of $4.6 billion in U.S. dollars). That bottom-line success has been replicated in Danone’s other divisions, Fresh Dairy Products (up 2 percent), Baby Nutrition (up 11.6 percent), and Medical Nutrition (up 5.9 percent).

Last year, the company cracked €20 billion in revenue (€20.9 billion, or $26.7 billion) for the first time. A significant part of that growth has come from emerging, non-European markets, what Danone calls the “MICRUB” countries—Mexico, Indonesia, China, Russia, the United States, and Brazil. In 2012, the company saw 51 percent of revenues from these non-European countries. For 2013, Danone is shooting for worldwide sales growth of at least 5 percent, and to keep cash flow steady at about €20 billion.

It aims to achieve this by cutting costs and chasing profits versus market share. Barron’s reports that this change in strategy could lead to robust profit starting in 2014, and a powerful rally in Danone’s shares. The company has the right ingredients for success, with both cultural and demographic trends supporting strong demand for products in all four of its business lines.

Penchienati, who has held various roles at Danone since 1999, says the intentional focus on change and the widespread participation were critical factors in the reinvention process. “Two or three years ago, this was just an idea on paper; now it is reality, a part of real life,” she says. “It’s the greatest pride for all Danoners to see what we have accomplished together. We’re very proud of the business results—and the way we achieved them.”

The Leadership College: Building a framework for transformation

To spur the cultural shift and enterprise transformation at Danone, Insigniam developed a “leadership college” that brought together executive management in cross-operational areas on multiple levels.  The “coursework?” A set of principles developed by the company’s senior executives that they called “leadership ingredients.” These key qualities were represented by the acronym CODE —Committed, Open, Doer, Empowered.

Sharing the recipe for transformation with other managers was an equally important task. To begin, the executive management group saw each country’s business unit (CBU) as an independent opportunity for improvement and growth. The culminating effect would result in overall transformation.

The program helped headquarters build strong rapport with the general managers at each CBU, starting discussions from the individual unit’s mindset and priorities.

By coming together for conversations and training, leaders created a strategic framework to help various units and managers reach strategic alignment. These managers now had actionable tools to craft a turnaround within their unit. Breakthrough thinking allowed them to view themselves not only as in charge of a business, but as ambassadors of a new culture. They would now act as cultural referees, watching their employees perform their roles and encouraging them to take on new attitudes, change limiting work habits, and the like.

When one shifts the way in which they view the world, as well as their view of their colleagues, business, and assumptions about how things seem to be, the individual gains access to new possibilities, opportunities, and interpretations that can produce extraordinary breakthroughs in thinking, action, and results.

Aligning the structures, processes and procedures, ways of doing business, and corporate culture with a new commitment and future for the business provides pathways for individuals and groups to generate new ways of working, innovative approaches to doing business, and greater opportunity to be a match for the needs of the market and the customer.