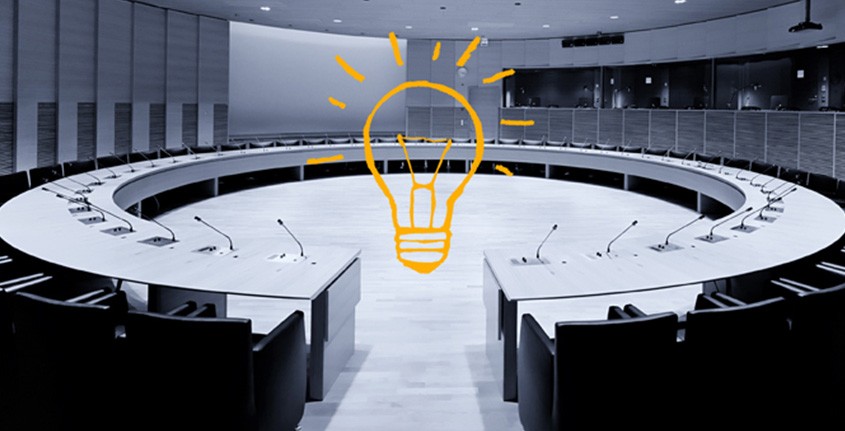 What the Board Really Thinks About Innovation

Throughout his career, George Martinez has examined innovation initiatives from a number of different perspectives—as CEO of a large financial institution and as a director of several corporate boards.

As the co-founder of Sterling Bank and current CEO of Allegiance Bank, he believes innovation is often the very heart and soul of private companies, many of which are formed

to develop and market innovative new products or services. And, he says, from a board member’s perspective, a company’s failure to value innovation creates a competitive risk.

“If a company moves too slowly to embrace change, it could face pressures that could adversely affect revenue,” Martinez says, pointing to failed bookstore chains as an example. On the other hand, he says, if a new company relies strictly on innovation, it could lose the game by its inability to generate the needed revenue to remain viable, which is what happened with many dot-coms in 2000.

Along with a few tech startups, Martinez also serves on the board of NCI Building Systems Inc. (NYSE: NCS), a Texas-based construction supplies company that generated $1.2 billion in revenue in fiscal 2012. He heads up several financial committees for NCI, including the audit committee.

Board members are charged with bringing discipline to an organization, which is particularly important when companies are led by creative types, Martinez says. These four areas are critical when the board evaluates the risks and rewards of an innovation initiative:

MARKET READINESS IS A MUST

The potential for sales volume is critical, Martinez says. Sometimes, even the most innovative products die because they are before their time, and the market isn’t ready. Entrepreneurs can also fall into a pattern of tinkering things to death.

“Some products are never finished,” Martinez says. “Some people can’t let go—there are always improvements to be made. And the product never gets out to the market.”

That leaves an opening for competitors, Martinez says. He shares a story he heard about the late Houston businessman George Ballas, the inventor of the Weed Eater, who took innovative steps to stay a step ahead of those who might be tempted to steal market share.

The unlikely innovator (Ballas worked as a dance instructor) was inspired by the spinning nylon bristles of a car wash and wondered if something similar could be used to help trim grass and weeds. After early prototypes were successful, Ballas took his product to the market in the early 1970s. By 1976, according to The Wall Street Journal, the Weed Eater was generating $40 million in annual sales. As the story goes, Martinez says, Ballas kept competitors at bay by consistently enhancing the product, and releasing new models only if he had an even newer model already ready to go.

At Allegiance Bank, which has grown from $32 million to $525 million in total assets since it was formed in 2007, innovation efforts are focused on operations, Martinez says.

“We measure things that are seldom measured, like employee fulfillment and the level of service between departments,” he says. “We established standards for inter- departmental service, cooperation, the optimization of resources, etc.

That’s not something I believe you’d find at most other places.”

As both a CEO and a company director, Martinez says he has found that most board members support innovation.

“Typically what I find are directors who are really cheering the company on,” he says. “It’s a rare minority that tries to put the brakes on things. And, frankly, when people are that risk- adverse, they really don’t belong on the board in the first place.”