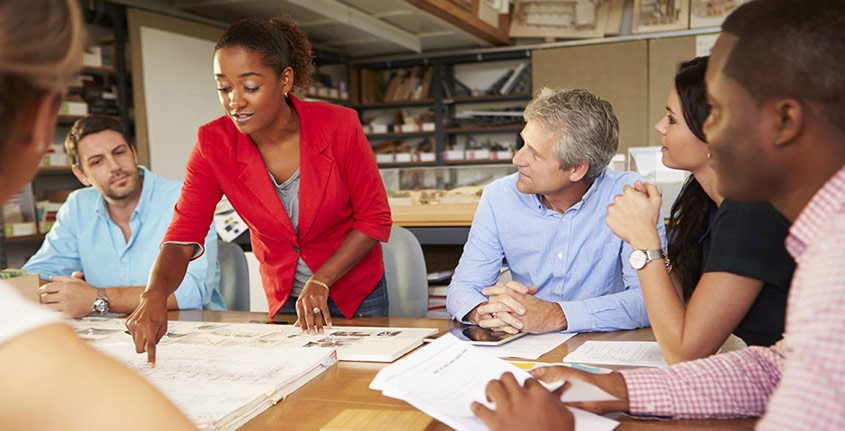 Women — Your Most Valuable Competitive Advantage

A quick scroll through the list of Fortune 500 and FTSE 100 companies and for all their success, operational efficiencies, and strong corporate cultures, one variable is glaringly absent: women occupying the chief executive office.

At the time of this writing, just 5 percent of Fortune 500 chief executives are female (click to tweet this!), and only four women currently serve as chief executives of FTSE 100 companies (click to tweet this!). In January, when Mary Barra took the helm of General Motors — currently listed as No. 7 on the Fortune 500 list — she became one of just 24 female CEOs among 476 male counterparts.

As media outlets clamored to cover the Barra story, one of the most impactful details was overlooked: GM was leveraging an often-underutilized asset, a woman, to unlock competitive advantage.

THE SCIENCE BEHIND PERFORMANCE

In 2013, the Proceedings of the National Academy of Sciences published a report, detailing the differences in brain circuitry between men and women. After analyzing nearly 1,000 brain scans, the academy concluded that “male brains are optimized for intrahemispheric — and female brains for interhemispheric — communication.” This means, “male brains are structured to facilitate connectivity between perception and coordinated action, whereas female brains are designed to facilitate communication between analytical and intuitive processing modes.”

The academy’s findings support assumptions in the neuroscience community that women have a competitive advantage regarding intuitive thought, memory, and critical listening skills (click to tweet this!). Furthermore, the science behind the underpinnings of the human brain further reinforces how disruptive leaders — and women, in particular — can influence an organization’s ability to unlock a competitive edge.

THE POWER BEHIND INFLUENCE

If science concludes that the female brain offers innate advantages that can be utilized in a corporate setting, then why are the Fortune and FTSE numbers so slanted? Quite simply, unseen and often misunderstood barriers exist that categorically prevent women from being considered for such opportunities, especially when contrasted against their male counterparts.

In a piece titled, “In the Workplace, Leaders Who Aren’t Always Followed,” The New York Times cites a joint study conducted by researchers from the London Business School and University College London, on the role of “friendship networks” inside organizations — peer groups with whom personal connections are shared — and the brokers who exercise influence within these networks, questioning if “women face bias in the social realm in which they are purported to excel.”

The study referenced by The Times, “Just Like a Woman? Effects of Gender-Biased Perceptions of Friendship Network Brokerage on Attributions and Performance,” explores “two different studies (one organizational and one comprising MBA teams), examining whether the friendship networks around women tend to be systematically misperceived and the effects of these misperceptions on the women themselves and their teammates.”

The findings of the report indicate several instances of gender inequality. The Times notes that researchers found that “people tended to ignore the activities of female brokers, and exaggerate how … men served as brokers. Second, if women were recognized as brokers, they were perceived more negatively than their male counterparts.”

Quoting one of the report’s researchers, Professor Raina Brands of the London Business School, The Times writes that the double standard could be a result of the fact that “women who take on informal leadership roles are going against the gender-based grain by behaving assertively and decisively — qualities more traditionally associated with men.”

“Normally, women are thought to excel in the social realm — so you would think that they would be seen as good work brokers,” says the report. “Despite the widespread notion of women as social specialists, perceptions of the network position of women will be distorted because of the expectation that brokerage is man’s work.”

While Brands believes much of the predisposition is “below the level of conscious awareness,” she advocates that teams discuss the issues openly to quell the bias that presently exists.

Suffice to say, the refusal to utilize women in executive leadership roles will be done so at the peril of those who ignore both the scientific and cultural advantages inherent to this approach.

For those familiar with Insigniam’s position that transformational leadership is a critical means for catalyzing results, the impact of the female chief executive is seemingly undeniable — and, furthermore, the need to cultivate professional environments conducive to the advancement of executive women is critical (click to tweet this!) — but why stop at our assessment?

To quote someone who realizes the value of women at the executive level, consider investing legend Warren Buffett, who in an essay published by Fortune in May 2013, wrote, “Fellow males, get onboard. The closer America becomes to fully employing the talents of all its citizens, the greater its output of goods and services will be.”