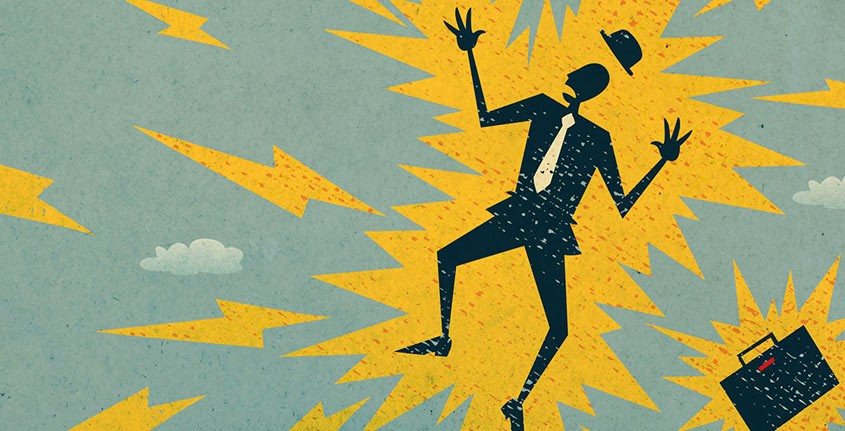 Zappo’s adoption of Holacracy is a bold move. Will it pay off?

Tony Hsieh has built his success on taking risks. His gambles on innovation and outside-the-box thinking are legendary. Hsieh, the 40-something Harvard-educated CEO of Las Vegas-based Internet sensation Zappos, thinks his latest wager, to create a managerless organization, is the right move for his 1,500 employees (click to tweet this!).

He’s placed his bets on Holacracy, which Forbes describes as, “Essentially a set of inward-looking hierarchical mechanisms that connect ‘circles’ [of staff ]. Each circle is required to be run democratically and openly, with exhaustively detailed procedures on how things like meetings are to be managed and how decisions are to be made.” 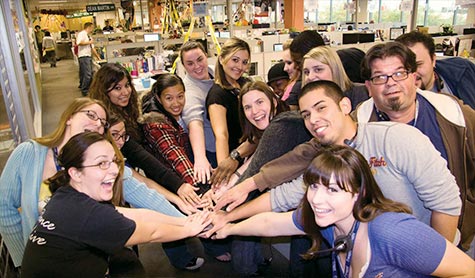 \Why would Hsieh introduce this disruptive strategy into what most agree is a wildly successful online shoe and apparel retailer? Don VandeWalle, Ph.D., chair of the Management and Organizations department at Southern Methodist University’s Cox School of Business, whose “Organizational Behavior Theory” course includes a case study on Zappos, thinks it may have been a calculated move by Hsieh to maintain a sense of urgency in the company. “Bringing in something so radical is a way to re-energize the organization and keep the buzz going on internally,” says VandeWalle. “With $3 billion in sales, the challenge when you’re that big becomes, how do you keep it fresh? This is certainly a way to do it.”

Kelly Wolske, a member of the Zappos Insight circle and a participant in the company’s Holacracy pilot group, says the seed for a new organizational structure grew from employee survey results. “As a company, we are growing quickly. By the end of the year we expect to have nearly 2,000 employees,” says Wolske. “On the survey, employees told us that as we grow they are fearful that the organization will become too bureaucratic. So, Tony [Hsieh] started looking around for ways that would help us prevent that from happening. That’s when he met Brian Robertson, the founder of Holacracy, and became interested in its potential benefits for Zappos.”

HOLACRACY, THE LAND OF CIRCLES AND LINKS

While not having a boss appeals to many people working in the traditional hierarchy of Corporate America, experience has shown that these individuals often fare poorly in a managerless culture (click to tweet this!). According to Robertson, Holacracy changes an organization’s structure, how decisions are made, and how power is distributed. Everyone becomes a leader of their roles and a follower of others’, processing tensions with real authority and real responsibility, through dynamic governance and transparent operations. The entire model is grounded in the Holacracy Constitution, the rules-of-the-road for Zappos and other organizations that have adopted the model.

The term Holacracy comes from the Greek word holon, which means a whole that’s part of a greater whole. “Our org chart looks like a Venn diagram,” explains Wolske. “The idea of Holacracy at Zappos is that it separates the work that we do from the people reporting structure. The Greater Company Circle is the all-encompassing circle within which are nested other circles. Circles are organized around the work that needs to be accomplished. It brings in members who are best suited to get the work done. Lead links in each circle assign and remove people from roles and guide resource allocation, strategy and direction, and purpose planning.

“The idea is that it will make Zappos more flexible. We want to be lean, but not emaciated, so we are holding on to the best things about our startup culture from 15 years ago and embracing new ideas like Holacracy to improve the experience for all of our customers — external and internal.”

Wolske says that employees without manager titles have found it more challenging to function within Holacracy.

“I remember that in the beginning, everyone in our circle would look to our lead link. The facilitator asked why we were looking to her, and I realized that even though it was my responsibility, and I had the authority to carry something out, I was falling into old habits of looking to someone who had formerly been a manager for ultimate guidance and approval.”

Zappos envisions 400 active circles operating within the company by the time Holacracy has been rolled out across the entire organization in late 2014. With a year of experience working in the new structure, the pilot group has gained key insights to help with the rollout and integration of Holacracy into the Zappos culture. The company has used the initial education and training to develop its own curriculum. “At Zappos, we want to make sure we are infusing our culture into everything we do, so we want to make sure we are using the language in Holacracy training that our employees understand,” says Wolske.  “For us, it is about being more adaptable and flexible, which in turn will allow us to be more competitive in the long run.”

EVERYTHING OLD IS NEW AGAIN

A company with no managers may seem like a revolutionary concept, and a modern development. In fact, the W.L. Gore Company, known for Teflon and GORE-TEX, pioneered the organizational structure in the 1950s and is still using it today. The Morning Star Company, the world’s largest tomato processor, has developed a culture in which all team members are self-managed and conduct their activities with fellow team members, as well as key stakeholders, without direction from others. These large organizations are joined in the journey toward “bossless” cultures by smaller firms like Twitter co-founder Evan Williams’ company Medium, a blogging platform.

While Holacracy provides a framework for a freer organization, every company that adopts it must tailor it to its own needs. “Brian [Robertson] says Holacracy is culturally neutral, it is the organization’s operating system, its DOS,” says Wolske. “It’s up to the organization to add its own apps.” Zappos’ Holacracy training program is a good example. So is a circle that has been formed to address some HR issues such as who is responsible for payroll, how performance reviews are conducted, how career planning is accomplished in a company with no managers, and what metrics will be used to evaluate the success of the new organizational model. “In the traditional corporate world, everyone knows how these things work,” says Wolske. “With Holacracy, it’s a blank slate. We have the opportunity to develop something that’s amazing for our employees (click to tweet this!). The challenge is that we have to build it because it doesn’t exist. The answer to some questions is that we don’t know yet, it’s very much a work in progress for us.

IF ANY BUSINESS CAN SUCCEED WITH HOLACRACY, ZAPPOS CAN

Jay Carson, Ph.D., assistant professor of Management and Organizations at SMU’s Cox School of Business, points out that the Holacracy model isn’t for every organization. “I don’t think a majority of organizations will go this way. Some new hires from traditional structures flounder and don’t succeed in these managerless environments. So, it’s not for everyone. But, for the companies that do adopt a Holacracy approach, it seems to be a big component of their ability to be innovative and successful.”

“If there is any company that can pull this off, it’s a company like Zappos,” says VandeWalle. “If you look at the intense, intentional employee selection process Zappos has, it’s very clear who they think can succeed within a culture that emphasizes weirdness, fun, accountability, and self-motivation. Zappos’ strong socialization process enables their people to make decisions and resolve problems without having to get sign-off from a manager. That gives them an advantage in adopting Holacracy.”

VandeWalle cautions other companies considering managerless organizational structures to not do Holacracylite. “Many companies have tried to emulate innovative cultures like Zappos, Southwest Airlines, The Container Store, and others,” explains VandeWalle. “Too often, they make the fatal mistake of taking things they like that seem to be to the company’s advantage, but they’re not willing to pay the price that shows loyalty to the employees.”

As the largest company to venture down the Holacracy path, the spotlight is shining on Zappos. Time will tell if Hsieh’s big gamble will pay off.