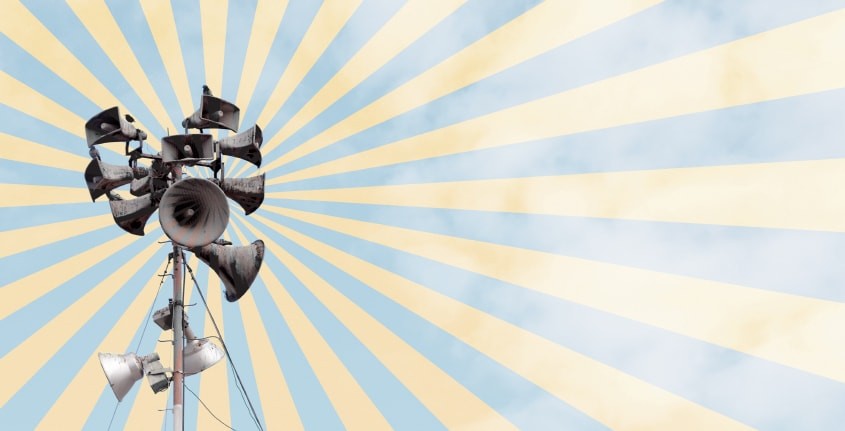 Why CEOs Must Defend Capitalism

Call it a midlife crisis.

It could be argued that, since its birth some 400 years ago in Western Europe, capitalism—a term popularized by Karl Marx—has done more to elevate the human condition than any other single institution. Arthur Brooks, the head of the American Enterprise Institute, says capitalism is responsible for pulling 2 billion people out of poverty.

Beginning in the 19th century and with Adam Smith’s The Wealth of Nations, moves to private ownership of property and enterprise, open markets and economic freedom accelerated. In the next two centuries, free enterprise (my preferred term) increased the standard of living in virtually every country around the world.

Fewer people engage in dull, repetitive, dangerous, backbreaking work. Many more babies survive to adulthood. Many more adults live to old age and maintain their quality of life to an older age. More people than ever are fed, clothed and housed. Many people who work for a living enjoy significant amounts of leisure time. A good portion of the world’s population can take a big piece of the first two or three decades of their lives to be educated.

“The fact is that prosperity and innovation continue to spread around the world, fueled by free enterprise.”

Social activist and U2 frontman Bono said in 2014: “As a person who’s spent nearly 30 years fighting to get people out of poverty, it was somewhat humbling to realize that commerce played a bigger job than development. I’d say that’s my biggest transformation in 10 years: understanding the power of commerce to make or break lives.” It is not an exaggeration to say that free enterprise has lifted more people out of poverty than governments, communism, socialism, NGOs, religions or charities.

Since the 2008 financial crisis, capitalism has seen growing criticism. According to a 2018 Gallup survey, more Americans ages 18 to 29 are positive about socialism (51%) than about capitalism (45%). Even executives are joining the Greek chorus. “American capitalism is at a crossroads: decline or renewal,” wrote the Committee for Economic Development’s Joe Minarik and his colleague Steve Odland, former CEO of Office Depot and now head of the Conference Board. And this year Salesforce CEO Marc Benioff declared to those in attendance at the World Economic Forum in Davos, Switzerland that “capitalism as we know it is dead.”

The backdrop to all of this is a parade of headlines about corporate and executive misdeeds. The evening news has reported CEO resignations for everything from self-dealing (WeWork’s Adam Neumann) to accounting fraud (Under Armour’s Kevin Plank) to lying to regulators (Volkwagen’s Martin Winterkorn) to consumer scams (Wells Fargo’s John Stumpf and Tim Sloan) to sexual harassment and abuse (CBS’s Leslie Moonves).

As CNBC’s Jim Cramer said, “Bad news gets better ratings than good news.” At last year’s meeting of the Fortune CEO Initiative, I noted it seemed that for every positive article about capitalism, there are 11 negative ones.

The fact is that prosperity and innovation continue to spread around the world, fueled by free enterprise. Click To Tweet Even as levels of economic inequality have risen in recent decades, so, too, have the standards of living for billions of people. The percentage of the planet’s population living on $2 per day or less dropped by 75% between 1981 and today. Rates of global violence have decreased to the lowest levels in human history—believed to be the byproduct of the connections that commerce requires. Flawed as it may be, capitalism is the greatest engine of innovation and prosperity in the history of humanity. Whole Foods co-founder and CEO John Mackey’s view is that capitalism is “the greatest value creator in the world” and “the greatest creation that humanity has done.”

“As a person who’s spent nearly 30 years fighting to get people out of poverty, it was somewhat humbling to realize that commerce played a bigger job than development.” —Bono, frontman and social activist, U2

According to 2019 research, the American public has greater trust that business is more likely to do what is right than government or the media. People increasingly expect CEOs to speak out publicly and candidly on many divisive yet urgent issues.

At this point, capitalism itself is an urgent issue. New York Times columnist David Brooks penned, “Business leaders have been inept when writers, intellectuals and politicians attacked capitalism.” The onus is on executive leaders to step up and make the case—authentically and compassionately—that the profit incentives of the market will continue to power the world’s ever-growing prosperity.

Each semester, I spend a day or two teaching at the United States Air Force Academy, my alma mater. Like many of their age group, the cadets are distrustful of big business. I make it a point to share the value of free enterprise and the benefits that business generates not only for customers, employees and shareholders but also for society.

As Mr. Odland and Mr. Minarik wrote in Sustaining Capitalism, “Business leaders must make the case for the free enterprise system and for its contribution to the nation’s standard of living as well as its standards of transparency and accountability.”

My stand is that this accountability for speaking up and out on the value of free enterprise is constitutive to the executive function.

This article appeared in the Spring 2020 issue of IQ Insigniam Quarterly, with the headline “Speak Up. Speak Out.” To begin receiving IQ, go here.