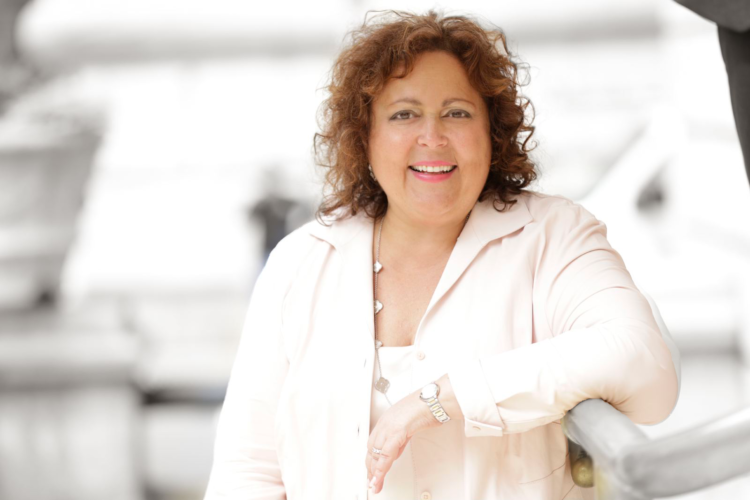 Shideh Sedgh Bina is a founding partner of Insigniam and the Editor-in-Chief of IQ Insigniam Quarterly®. Responsible for the firm’s business development and marketing, Shideh has over thirty years of experience in management and consulting. She possesses expertise in working with CEOs and other C-suite executives to generate and execute enterprise-wide transformation in an array of industries, such as health care delivery, life-sciences, retail, media, and fast-moving consumer goods.

Shideh is the Chair for the Global Board of Directors for the Healthcare Businesswomen’s Association, an organization dedicated to advancing women in leadership in health care. PharmaVOICE named Shideh one of the 100 Most Inspiring People in Life-Sciences in 2016, and in 2014 the Healthcare Businesswomen’s Association named her Woman of the Year. She has been a speaker at numerous executive conferences for Fortune 500 companies and she was an adjunct faculty member at St. Joseph’s University’s Haub School of Business. She has authored dozens of articles and her work has been featured in Fortune and Reuters.

Shideh is a Trustee of the Committee for Economic Development—a nonprofit, nonpartisan, business-led, public policy organization—and a member of the National Association of Corporate Directors.

In 1990, Shideh co-founded High Performance Consulting, which merged with the Rosenberg Group in 2005 to create Insigniam. Prior to her work in management consulting, Shideh conceived, owned, and managed a profitable upscale retail business before selling it to her employees. She then led and managed the New England region for an international training and development firm.

She holds a B.S. in Economics from The Wharton School at the University of Pennsylvania.