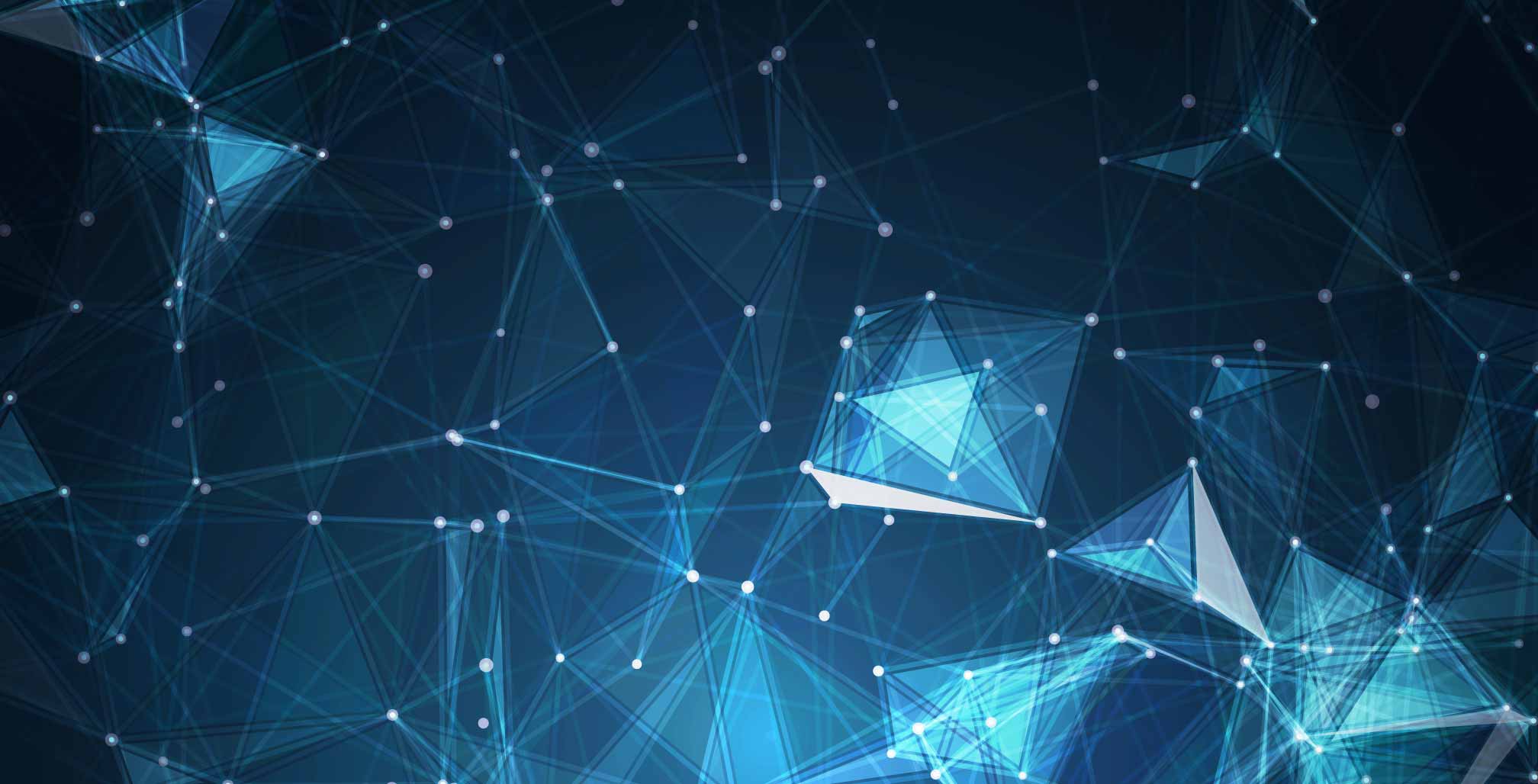 More than two decades ago, Bill Gates declared that in the Internet Age “content is king.” This has since become a widespread marketing cliché. Like many clichés, it is grounded in truth but simplifies reality. Today content is the air we breathe—and we are choking. When every company and individual is a digital publisher, constantly tweeting, updating statuses and blogging, the value of content inevitably degrades. Content ceases to be king and becomes table stakes. Or just a distraction.

But here is the good news: Because much of the content we encounter amounts to disposable filler, great content—relevant and meaningful, featuring unique ideas and viewpoints—remains a differentiator Click To Tweet. Great content does not offer mere information; it connects the dots to create and transmit knowledge, and catalyzes conversations that can transform lives and organizations. 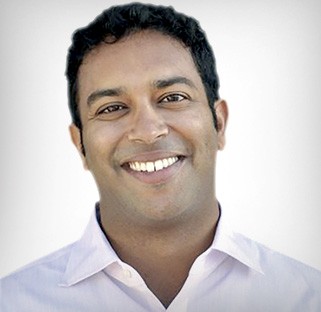 This is Big Think’s big goal. The U.S.-based “knowledge forum” brings together thousands of the world’s pre-eminent thinkers and doers from across sectors, providing them with a digital platform (typically videos between three and five minutes long) to share expertise and insights with the general public. (See “Big Thoughts” below for a sampling of experts and topics covered.) Big Think editors sift through ideas submitted from around the world, judging them against three criteria: significance, relevance and application. The organization wants its content to do nothing less than change the world.

“An early tag line for Big Think was Davos, Democratized, and at the heart of the company was the desire to leverage knowledge to make people smarter and faster, by way of access to the world’s top thinkers and doers,” says Neilesh Mutyala, COO of Big Think.

Big Think was born out of co-founders Victoria R. Montgomery-Brown and Peter Hopkins’ mutual desire to leverage the global power of the internet to democratize access to the world’s elite minds. They wanted to create conversations between thought leaders and anyone interested in engaging with innovative, provocative concepts.

“In execution, Big Think evolved into a platform that features digital content from the world’s premier experts in their fields—people at the top of their respective industries or who are disruptors,” Mr. Mutyala says. “It is truly focused on building knowledge amongst its audience, not merely transferring information.”

A Harvard alum and classmate of Mr. Hopkins’, Mr. Mutyala advised Big Think in 2007 when the company began fundraising for its flagship website. After leaving to lead development efforts for a lithium-ion battery startup, he returned to Big Think in 2013 as COO and overall program lead for the company’s corporate enterprise platform, Big Think Edge. He understands that a key competitive advantage of Big Think over its e-learning-type competitors is the company’s focused editorial mission and seamless digital execution.

“An early tag line for Big Think was Davos, Democratized, and at the heart of the company was the desire to leverage knowledge to make people smarter and faster, by way of access to the world’s top thinkers and doers.”

“We’re a knowledge forum, but from the very beginning we’ve taken a ‘digital first’ approach to our content,” Mr. Mutyala says. “Our content is produced in bite-sized videos. In that format you can typically communicate one crisp idea about how we as people work and behave, personally and professionally, in a rapidly changing world.”

In a digital content environment increasingly defined by clickbait, Big Think’s challenge is to avoid watering down its standards to build an audience. Click To Tweet So far the organization seems to be pulling off the balancing act: Its YouTube channel includes more than 1.6 million subscribers and can boast one of the highest like-to-dislike ratios on the video platform: 12 to 1.

Value for the C-Suite

But Big Think wants its impact to extend beyond social media audiences. It launched Edge to help companies “get smarter, faster.” The enterprise solution is an expert-driven, highly customizable video-learning module, which serves corporate audiences by offering short-form, actionable lessons from the company’s network of internal and external experts. (See “Insigniam’s Edge” below to learn how Insigniam will soon be taking advantage of the Edge platform.)

“We always knew that we wanted to be in the corporate learning space for a variety of reasons,” Mr. Mutyala says. “Edge allows us to think about using our content in different ways—at scale—to make organizations more agile and responsive to how the world is changing.”

The company began to explore the idea of entering the corporate learning space approximately four years ago, after several companies expressed an interest in leveraging Big Think to create a module that they could bring to their clients and employees. Of particular interest was a tool that could be integrated into each respective company’s internal learning and development program. That is how Edge was designed from the outset.

“The primary focus is scalability and engagement for our corporate clients,” Mr. Mutyala says. “It is definitely not a one-size-fits-all learning solution. We know that the best, most meaningful learning is not achieved through forcing people to consume content of little interest to them.” 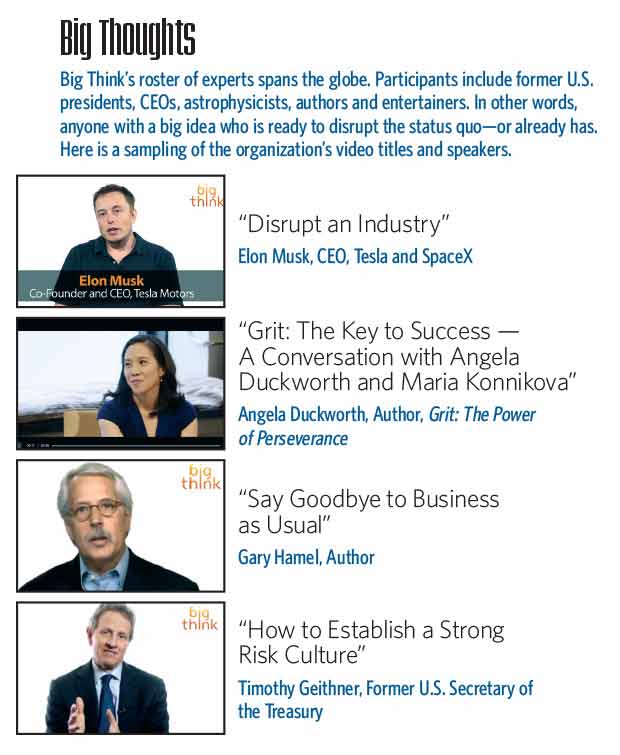 Instead, Edge engages deeply with a client’s strategic goals to produce highly customized content. For example, a global energy company worked with Edge to create a series of thought leadership videos that explored the future of energy. The series featured people from inside and outside the company’s walls, including the company’s CEO, prominent venture capitalists and a U.S. secretary of energy.

“The success of Edge boils down to the quality of the experts that we’ve brought to the table, the way the platform integrates with companies’ internal stakeholders and how the content is delivered,” Mr. Mutyala says. “What companies are able to create is a self-service learning culture. It’s one where employees—without managerial oversight—are deeply engaged with the learning resources available to them.”

In other words, success is employees choosing to watch the videos on their own. For an Edge client to see ROI, the content must attract genuine attention. So Big Think carefully considers why people at a particular company might engage with a piece of content. “Our mission is to understand the metrics and objectives of the client program we’re supporting,” Mr. Mutyala says. “We then tailor our content strategy based on how companies expect their teams to engage with the content and what outcomes they are tracking toward as a result. Those outcomes are how we define ROI.”

To put more meat around the idea, many of Big Think’s Edge programs are run through human resource and talent management departments that measure employee engagement and other scores related to the emerging field of “people analytics” (which typically relate to productivity).

But Big Think is more interested in catalyzing innovative and scalable change. What exactly does that mean and look like? As an example, Mr. Mutyala points to a large pharmaceutical client executing an organizationwide corporate innovation project. “They want to engage all parts of their company to think about innovation in a way that contributes to growth,” Mr. Mutyala says. “They have hosted events around the world to start innovation challenges, but the difficulty is that they have only been able to reach 1 to 2 percent of their employees through in-person events.”

The goal of Big Think’s Edge is to engage the remaining 98 percent of individuals through videos with executives, industry experts and thought leaders—sparking innovation challenges that employees can then move into the R&D pipeline. (In the pharmaceutical industry, growth is typically the product of R&D efforts.) It is about much more than how many times employees watch and share Edge content, Mr. Mutyala says.

“What we’re getting measured on is how many innovation challenges are getting started and moving forward—whether we can provide a scalable culture and measure it through the process of this innovation framework that they’ve established.”

On the near horizon, Insigniam will be using Big Think’s Edge platform to create a video series that gives clients on-demand access to key aspects of our breakthrough methodology. This will meet two needs among clients:

Refreshers: Existing clients often want to access content that can serve as a refresher for projects initiated with Insigniam. This is particularly useful for new team members who were not with the client company during a breakthrough project, for instance.

Minimizing business disruptions: New clients can find it difficult to take a team off-site for two or three days. By providing the ability to watch Big Think Edge videos—which will cover key concepts and can be viewed ahead of in-person conversations—Insigniam is addressing this client need without compromising the integrity of the firm’s high-impact work.

Big Think will also become a part of our new consultant onboarding process, allowing us to capture the ROI of new consultants faster. By marrying Big Think’s external experts with our own executive voices, we see an opportunity to deliver breakthroughs more quickly and effectively. 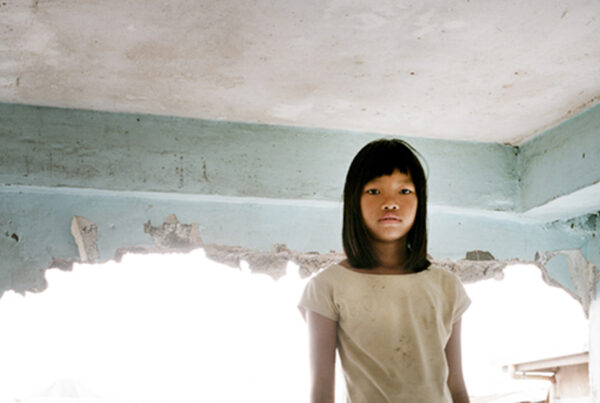