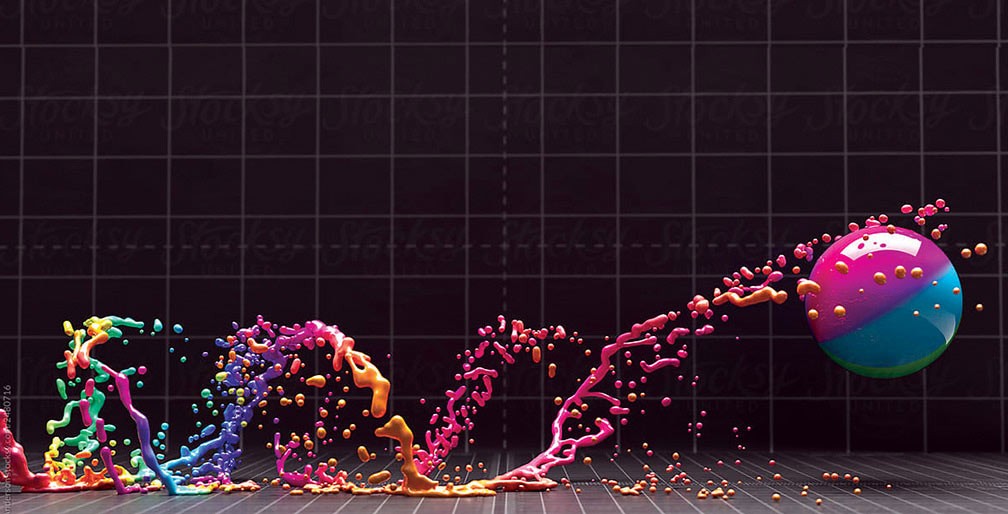 For Tech Mahindra, Innovation Is the Antidote

A storm may be gathering on the global economic horizon, but Jagdish Mitra is sanguine. He remembers the last recession well, along with a key lesson that he and his company, multinational IT services firm Tech Mahindra, learned from it: No matter how stormy it gets, never stop innovating.

“What we learned from the 2009 global recession is that you don’t stop innovation just because the world economy is not strong,” Mr. Mitra says. Yes, some investments may need to be trimmed. But cutting innovation-oriented spending down to zero will only create more pain for the company in the future, he says. “You’ve got to be able to manage the business to move forward once the recession is over, and you need new products, services and business approaches to make it through.”

While scanning the global business landscape as Tech Mahindra’s chief strategy officer and head of growth, Mr. Mitra keeps all this top of mind. He is accountable for business development across the India-based $4.9 billion company as well as the company’s worldwide growth strategy.

With Tech Mahindra boasting about 125,000 employees in 90 countries and nearly 1,000 clients, Mr. Mitra has plenty to think about. (The company provides a large range of technology products and services to sectors including manufacturing, financial services, health care, retail, transportation and energy.) 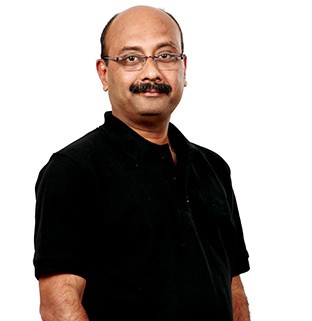 “The world is volatile and uncertain. You can’t be rigid today. That’s why we have developed the ability as a company to move very, very fast.”

Mr. Mitra, who has been with Tech Mahindra since 1993, moved into his current role in January 2019 as part of leadership changes stemming from the company’s digital transformation. In his previous position as chief strategy and marketing officer, Mr. Mitra had over the prior three years led that transformation process, which included retraining 70% of the company’s workers in next-generation technologies such as artificial intelligence (AI) and the internet of things (IoT).

“We believe in the practice of disrupting one’s own business before others do,” he says.

Mr. Mitra has also helped Tech Mahindra move its offerings away from traditionally outsourced back-office IT services—which have been on the decline in India—into a broader range of services and products. These include agri-tech, cybersecurity, connected-car technologies and AI.

Developing capabilities in those new technologies has involved collaboration with many other companies, as well as incubating startups in places like Silicon Valley, London, Israel and India.

Put another way, the changes that are driving Tech Mahindra’s growth today, and perhaps insulating it from tomorrow’s recessions, are all born out of a continual process of innovation.

“The world is volatile and uncertain,” Mr. Mitra says. “You can’t be rigid today. That’s why we have developed the ability as a company to continually move very, very fast.”

“There is no longer any straight growth path that will remain straight for a long period of time. Downturns will happen and will likely be more frequent.”

Do Not Repeat Yourself

Tech Mahindra’s appetite for betting on innovation goes back to the global recession. Even though India’s economy was not hit as hard as others around the world—the country avoided falling into a recession—Tech Mahindra did cut some of its own innovation spending during the downturn. But only some. “Companies that cut off their R&D and innovation completely are companies that will suffer in the future. There is no coming back when you do that,” Mr. Mitra says.

A second major lesson he and other leaders at Tech Mahindra took from the recession is to stay true to the company’s strengths.

To survive downturns, executives must develop a deep understanding of their company’s essential abilities and be prepared to focus on the things they do that produce steady income—even if those things are not likely to produce big short-term revenue bumps, he says. “There is no longer any straight growth path that will remain straight for a long period of time. Downturns will happen and will likely be more frequent.”

Still, in a world of growing volatility and accelerating change, Mr. Mitra believes business leaders must change as well. He is wary of relying on a familiar playbook.

“To be a successful leader, you need to continually ask the question, ‘Am I just going back to something I’ve done before that worked?’ Click To Tweet That doesn’t mean you shouldn’t rely on your experience. But you can’t just repeat what you’ve done in the past. If you do, you lose your ability to change. So you must ask yourself, ‘Did I try something different? Do I have strong people around me who will question what I am doing and why I am doing it?’”

This continual self-evaluation process can pay off—and sometimes force difficult decisions. Earlier this year, Tech Mahindra’s top leaders realized they had been going into some new markets simply in search of quick revenues. That left the company stuck with short-term tech development projects that were not representative of the kind of long-term, transformative partnerships the leadership team wanted to create with customers.

“We were taking a shotgun approach,” Mr. Mitra says. “We realized that when you ask your people to focus on growth, you also have to give them the ability to say, ‘We’re not here just for the sake of growth. We’re here to be in business for the long term and not just to make a sale.’”

In the end, Tech Mahindra pulled out of one short-term deal it had struck, feeling it was not in the best interest of the customer or the company. “We found some alternative projects with them we could service in the right way, but we took a short-term hit on it,” Mr. Mitra says. “But we would rather take a commercial hit than take a hit to our reputation.”

“To be a successful leader, you need to continually ask the question, ‘Am I just going back to something I’ve done before that worked?’ That doesn’t mean you shouldn’t rely on your experience. But you can’t just repeat what you’ve done in the past.”

Instead of the old shotgun approach, Tech Mahindra’s current growth strategy has two prongs—one organic and one inorganic, as Mr. Mitra puts it. The former involves more aggressive marketing of Tech Mahindra’s existing suite of products and services, while the latter involves partnerships with or outright acquisition of companies that have capabilities the company desires. The goal is to strategically expand into new industries and geographies.

“A lot of our capabilities, including some of the new technologies like IoT and analytics, have been built through core competencies within the company,” he says. “But not everything can be built by us. The key is to balance both the organic and inorganic sides of the company.”

Many of the partnerships and acquisitions Mr. Mitra has been a part of involve startups stretching around the world. To boost its AI capabilities, Tech Mahindra is funding the development of 20 startup firms. In cybersecurity, it is working with a dozen companies.

Startups are familiar territory for Mr. Mitra—he honed his leadership skills while serving as CEO of CanvasM from 2006 to 2014. The mobile telecom startup was backed by Motorola and Tech Mahindra, and is now part of Tech Mahindra’s mobility unit. In spite of the big companies behind it, CanvasM was in many ways a typical startup.

Before CanvasM, “I had always been in a corporation that had been large and growing,” Mr. Mitra says. “To be in a place where resources have shrunk causes you to start making all decisions more stringently. You learn what to say no to. You learn to make sure the right choices are being made, because you can’t afford to make too many mistakes.”

And yet while Mr. Mitra was cautious about the gambles he took as head of a startup, he was also free to take chances he might not have been able to in a bigger enterprise. “It was a complete open canvas to draw what we wanted to draw,” he says. “We could experiment and take some risks. There was a joy of creating something.”

Mr. Mitra says he now looks for those capabilities—agility and targeted risk-taking—in the small companies Tech Mahindra leans on to drive its growth globally. That has allowed his big company to more easily mesh with very small companies who have tech know-how that Tech Mahindra values. “We are trying to take small platforms and weave them into a larger part of the business. To do that, we have partnered with people who have a long-term view, are willing to take risks and know how to use their resources.”

When he rejoined Tech Mahindra as chief of strategy and marketing officer after his stint at CanvasM, Mr. Mitra says he tried to bring that kind of mindset with him. “You can’t make an elephant dance if you don’t make them more nimble and agile and if you don’t convince them to take more risks,” he says, referencing Who Says Elephants Can’t Dance?, IBM CEO Lou Gerstner’s memoir chronicling that company’s turnaround.

“If you think that everything is going to work according to plan and you don’t allow for change, then you’ll have a tough time. That was something I learned from working at the startup: I had to allow for change and be willing to take some risks. If something does not work out, as long as you stop it quickly and say, ‘I made a mistake,’ you can turn it around. Applying these lessons to a large corporate structure has been important for driving change.”

This article appeared in the Fall 2019 issue of Insigniam Quarterly, with the headline “How to Dodge a Downturn.” To begin receiving IQ, go here.