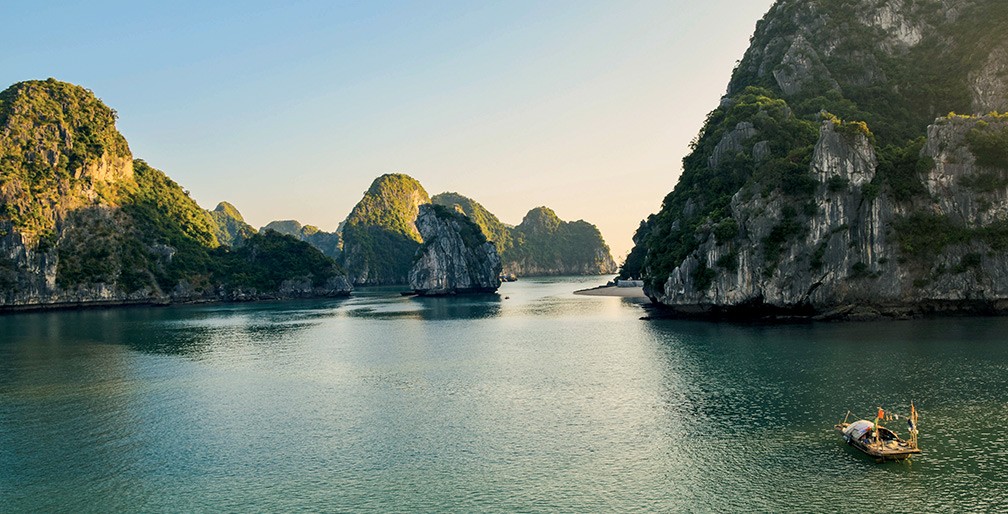 Not a single light is on in Michael L. Ulica’s office.

“Leading by example is very important,” says Mr. Ulica, chief operating and financial officer of the National Geographic Society, as daylight floods into the room. Sustainability is top of mind at the Society. Around its Washington, D.C. headquarters, lights are off to cut costs and save energy. Mr. Ulica’s office sets the tone for responsible electricity usage to the rest of his staff.

“It’s an easy way to make your priorities clear. It’s the kind of thing that brings the organization together,” he says.

Beyond his office door, more is in flux than just light fixtures. Cubicles are broken down and boxes are stacked to the ceiling. Last year, when Mr. Ulica served as both CFO and interim CEO, a renovation of the Society’s headquarters began. He has grown accustomed to managing continual and considerable change. During the decade since the financial crisis of 2008, the Society has been turbocharged with transformation.

The organization is not afraid to change. Founded in 1888 as a by-invitation-only membership organization for academics and wealthy patrons interested in travel and exploration, the National Geographic Society grew into one of the world’s largest and most successful scientific and educational nonprofit organizations over the next century.

“This has been the largest transformational move the Society has ever done.” In the last 50 years, the Society built a media empire, too—adding multiple print publications and expanding its digital presence while also delving into film and launching a television network.

But the 2008 financial crisis exposed the organization’s fragility. To shore up its future, the organization took the radical step of selling the majority control of its media properties, including the iconic National Geographic magazine.

Those properties, which employed most of the people who worked for the Society, had long been a key source of funding for the organization’s scientific and educational initiatives. But their 2015 sale dramatically boosted the Society’s endowment, providing millions of new dollars for research, exploration and conservation efforts. It has also led to shifts in the Society’s long-standing organizational culture.

A strategic plan created under Mr. Ulica’s leadership sparked more change. Under the plan, the Society is now actively identifying and engaging with organizations that share its values. The goal is to build partnerships with organizations it believes can help push for conservation and environmental changes around the world.

“This has been the largest transformational move the Society has ever done,” says Mr. Ulica, who is also executive vice president at the organization. “We’re in a much better, more financially secure place than we were. Things have calmed down a bit—but we’re still evolving.”

Even before the recession hit, the Society faced structural and cultural challenges. When Mr. Ulica arrived in 2006, hired away from Discovery Communications (now Discovery Inc.), he was tasked with trying to unite a bifurcated organization.

There was National Geographic Venture (NGV), the for-profit division that oversaw media properties, and the nonprofit Society. As CFO of NGV, Mr. Ulica aimed to use financial practices as a tool to break down silos and bridge cultural gaps that were creating operating inefficacies at every level of the organization.

For instance, Mr. Ulica recalls that when he arrived, the organization possessed two National Geographic-branded websites, each with its own employees. There were also two accounting teams—one under Mr. Ulica and another under an executive overseeing nonprofit operations.

“It sent an example to the organization that by working together instead of operating separately, we can be a more efficient, better organization,” he says.

The 2008 crisis forced the Society to grapple with much deeper problems. The organization did not have a formal endowment. So when donations waned, the Society was forced to take drastic measures, quickly burning through savings to stay afloat. The consequences were dire: Its employee pension program became underfunded due to a steep drop in the value of its assets.

“We were staring at some really tough challenges there,” Mr. Ulica says. “We had to get more efficient.” His response to the crisis was to create a long-term, detailed financial forecast of all revenue sources.

The good news was that the Society had fairly diversified sources of capital—including its flagship magazine and the National Geographic Channel, which was growing. The bad news broke when Mr. Ulica’s new forecasting model highlighted projected declines in the print media business and an ensuing slowdown in television revenue.

“We were, at that time, really a media company that funded a nonprofit mission,” he says. “The media company supported our grant-making, our impact programs. But it was clear that the media company was going to generate less and less money for the core mission to spend.”

“It wasn’t pretty,” Mr. Ulica says. “The modeling showed that we were a train veering off the tracks. But the CFO needs to share that kind of information with the CEO. The CFO has to be that kind of guiding compass to make sure the organization can sustain itself as the CEO sets out to achieve a vision.”

Mr. Ulica says he regrets that it took a crisis to do that long-term modeling.

“This is one of the things that I’ve learned,” he says. “[bctt tweet=”When things are going well, that’s the time to look at what could go wrong. That’s a big role of the CFO.” username=”Michael L. Ulica of @NatGeo”] They should go to bed every night thinking, ‘What could go wrong?’ Everyone else just thinks about how they can move ahead. The CFO, even in the good times, has to think about the long-term sources of funding and how stable they’re going to be.”

“My job is to help develop strategy. But it is also to stress-test the strategy.”

Mr. Knell and Mr. Ulica knew that in facing such a massive threat, transparency and trust would be their only way forward. “You’ve just got to tell people where the numbers are because that’s the only way they will engage and help,” Mr. Ulica says. “Gary and I would say, ‘We’re not going to let this train veer off the tracks. We’re all in this together.’ Throughout the change process, we were very approachable and willing to meet with anybody to explain what was happening.”

While the organization’s ultimate solution to its financial problems was simple, it was far from easy. The Society looked to its television partnership with 21st Century Fox. The National Geographic Channel was, from its inception, 73 percent owned by Fox. So top leaders at the Society began to wonder whether the media company would be interested in taking over majority ownership of all the Society’s other media properties.

Fox was, and in late 2015 paid the organization $725 million for a 73 percent stake in the Society’s book divisions, children’s magazine, travel services and, of course, the National Geographic magazine. The for-profit National Geographic Partners joint venture was born. (In March of this year, The Walt Disney Co. took control of this company as part of its $71.3 billion buyout of most of 21st Century Fox’s operations.)

Overnight, the Society’s financial ability to deliver on its mission had been secured. “It was a reboot,” Mr. Ulica says. “We now have an endowment of about $1.3 billion.” The transparent way in which the Society’s leaders shared the organization’s long-term funding issues with their staff helped to create buy-in ahead of the big sale to Fox, Mr. Ulica says.

Although the sale saved the organization, it led to a turnover in what had long been “a family operation,” according to Mr. Ulica. While many longtime staffers left, there was also an influx of new faces—nearly a third of the company—ready to lead the Society’s strategic transformation.

As Mr. Ulica reassembled his team, he looked for those with different expertise from his own. “I don’t pretend I can do everybody’s job,” he says. “I believe in empowering people.”

“In the old model,” he says, “an organization or an individual would come in and fund something they wanted us to do and we’d do it. And then they’d leave the project after a period of time and we’d be stuck with it, so to speak. Today, we define our strategic ambitions first, and then we seek the right partners to help us achieve those ambitions. In the process, we want to develop a bigger relationship with organizations so that both of us are benefiting.”

Part of the Society’s new partnership model involves working on projects with a wide range of companies and like-minded organizations committed to restoring balance to the planet. Some, Mr. Ulica acknowledges, may have actually been part of the problem, but now want to be part of the solution.

Mr. Ulica recalls a recent encounter with Kristine Tompkins, the former CEO of Patagonia. She is an adviser to the Society on a decadelong program to preserve the planet’s remaining intact large wilderness areas, like Africa’s Okavango River Basin.

“Kris came to us and said, ‘For 130 years, National Geographic has been bringing the planet to everybody. It’s now time for you guys to take a leadership role in the effort to protect and save this planet.’ We’re trying to do just that.”

Finding a Way to Get to ‘Yes’

“My job is to help develop strategy,” says Mr. Ulica, who is also an executive vice president. “But it is also to stress-test the strategy. Tracy R. Wolstencroft, president and CEO, has to take the strategy to the board, where he’s going to get questioned by 19 people. As CFO, I want to ask the questions first. What are our resources? What are the risks around them? How are we mitigating the risks? I need to develop the answers to all that. I had a great mentor once who told me that, as CFO, our job is not to say ‘no.’ It’s to find a way to get to ‘yes.’”

This article appeared in the Summer 2019 issue of Insigniam Quarterly, with the headline “Sea Change.” To begin receiving IQ, go here.