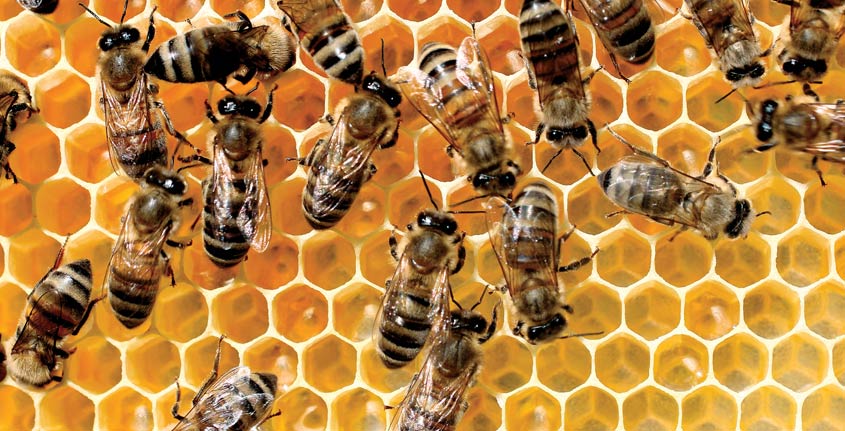 About half of strategic initiatives fail, according to data from The Economist Intelligence Unit and the Project Management Institute. Other studies suggest failure rates that are more dire, even catastrophic: Bridges Business Consultancy, for one, has found that nine out of 10 strategic plans fail.

There are plenty of theories as to why—lack of focus, accountability and resources, and poor execution are often blamed. But we think that the failure rate often comes down to one key factor: complexity.

In our view, while executives are setting their strategic plans and executing them, they account for neither how their business environments are already evolving nor for the impact of their own organization on the marketplace. The boxing champion and great American philosopher Mike Tyson said, “Everybody has a plan until they get punched in the mouth.” Click To Tweet  The impact from a punch—from a competitor, from customers or even from employees who execute in less-than-predictable ways—is complexity in action.

Organizations can be thought of as living systems, and in this way of thinking, they cannot be treated like machines. A clock and a beehive both have many interdependent and moving parts, for instance, but a clock produces a predictable result from one second to the next. A clock keeps time whether it is spring or summer; if it is running and in good repair, it is completely predictable.

“Everybody has a plan until they get punched in the mouth.”

By contrast, a beehive is a living system. In a beehive, the bees work toward what seems to be a common goal. The queen bee does not direct the hive; the rules (DNA programming and stimulus-response) contained in each individual bee direct the hive. Action at the level of the entire hive has a very short prediction horizon. What will happen in one minute is fairly predictable, but action in the hive next week is unpredictable. A beehive is a prime example of a complex adaptive system, and it is nothing at all like a mechanical clockwork.

Vasant Honavar, professor and Edward Frymoyer Chair of Information Sciences and Technology at Pennsylvania State University, defines complex adaptive systems as “… [S]ystems [that] are characterized by apparently complex behaviors that emerge as a result of often nonlinear spatio-temporal interactions among a large number of component systems at different levels of organization.”

Organizations work analogously to a living beehive. Click To Tweet  All of the individuals in an organization make their own choices about what they will do every day, and those choices will vary from day to day or even moment to moment. The behavior of all the people in an organization with all of their interactions is fundamentally unpredictable.

On top of that, successful organizations adapt to a constantly changing world. What is happening outside the organization, in its markets, in the larger economy and in the legal and regulatory environment, also has a short horizon of predictability, just like the beehive and its environment. Markets and economies are themselves complex adaptive systems constituted by independent decision-makers, all interacting in complex patterns. So a strategy that depends on long-term predictability will inevitably face a punch in the mouth from customers, competitors or a turn in economic cycles. In other words, if we fail to take into account complexity—the continual evolution of internal and external forces—our execution is all but certain to fail.

A Right Way and a Wrong Way

The wrong way to respond to uncertainty is to spend more time and money refining predictions and to increase the amount of control exerted during execution. We simply cannot control the unpredictable nature of our own people or the outside forces acting on them.

We can, however, build a strategic frame, one that still charts a course to a desired future but that also allows for our firms to be agile and adaptive along the way. A strategic frame treats the firm and the market as complex adaptive systems. It deals with the future as an emergent phenomenon.

In the book Engaging Emergence, author Peggy Holman defines emergence as “… higher-order complexity arising out of chaos in which novel, coherent structures coalesce through interactions among the diverse entities of a system. Emergence occurs when these interactions disrupt, causing the system to differentiate and ultimately coalesce into something novel.”

Context is a frame of reference for the way people in an organization perceive, act, think and relate to one another. It is a generative commitment to an inspiring and challenging future, taken with no guarantee that the desired future outcome will happen. Context shapes perceptions and actions, as well as what we can imagine, think and propose, and execute on. Establishing an inspiring, empowering context is crucial to executing on strategic plans that have been created with complexity in mind.

Executing on a strategic framework—a broad directive to move toward a new future—requires employees at all levels and in all functions to share a commitment to an inspiring and challenging future, as well as new ways of working to fulfill that future. When we take complexity into account, it also requires some protocols that outline what workers should do when things fail to go according to plan.

The wrong way to respond to uncertainty is to spend more time and money and to increase the amount of control exerted during execution.

Executives working with managers and employees establish accountabilities, decision rights and responsibilities: Who does each person communicate with, and what does he or she have the authority to do? Having some idea of this ahead of time allows an organization to be self-adjusting and self-correcting—committed to setting a revised course while still moving forward in the desired direction.

Planners may see this as giving people an excuse to not follow the plan. But the idea is to admit that there will be more than one punch and that the plans will go out the window. New discoveries and changes will occur during execution, and adaptability to those developments must be built into the plan.

When problems arise during strategy execution, implementers often hide them to shield themselves from blame. That leads to disaster. It is absolutely critical that those reporting shortfalls and breakdowns are not punished or blamed for what they are bringing forward. This was never going to go according to plan. Insisting that the plan is right and the reporting party is wrong only pushes implementers to pretend everything is fine.

When executives build a strategic frame that allows for flexibility, they must make a real commitment to their people. Their commitment allows people to either simply come forward when breakdowns and problems arise or admit that they have to adapt the plan. This is an issue of both integrity and accountability. It works in both directions—from executive to employee and employee to executive. Employees must be truthful when they see a need for change or are already making changes to the organization’s course of action. Without this kind of integrity and accountability, no strategic plan, even one developed with complexity in mind, can succeed.

With a strategic frame, strategy execution is about engaging the circumstances as they are, adapting when the circumstances shift, taking advantage of opportunities when they arise, and accepting the unpredictable nature of the competitive environment. Executives give up tight control in favor of gaining extraordinary efforts from the people of the organization, allowing them to produce results that might have been considered unpredictable or even impossible at the time that the strategic frame was generated. 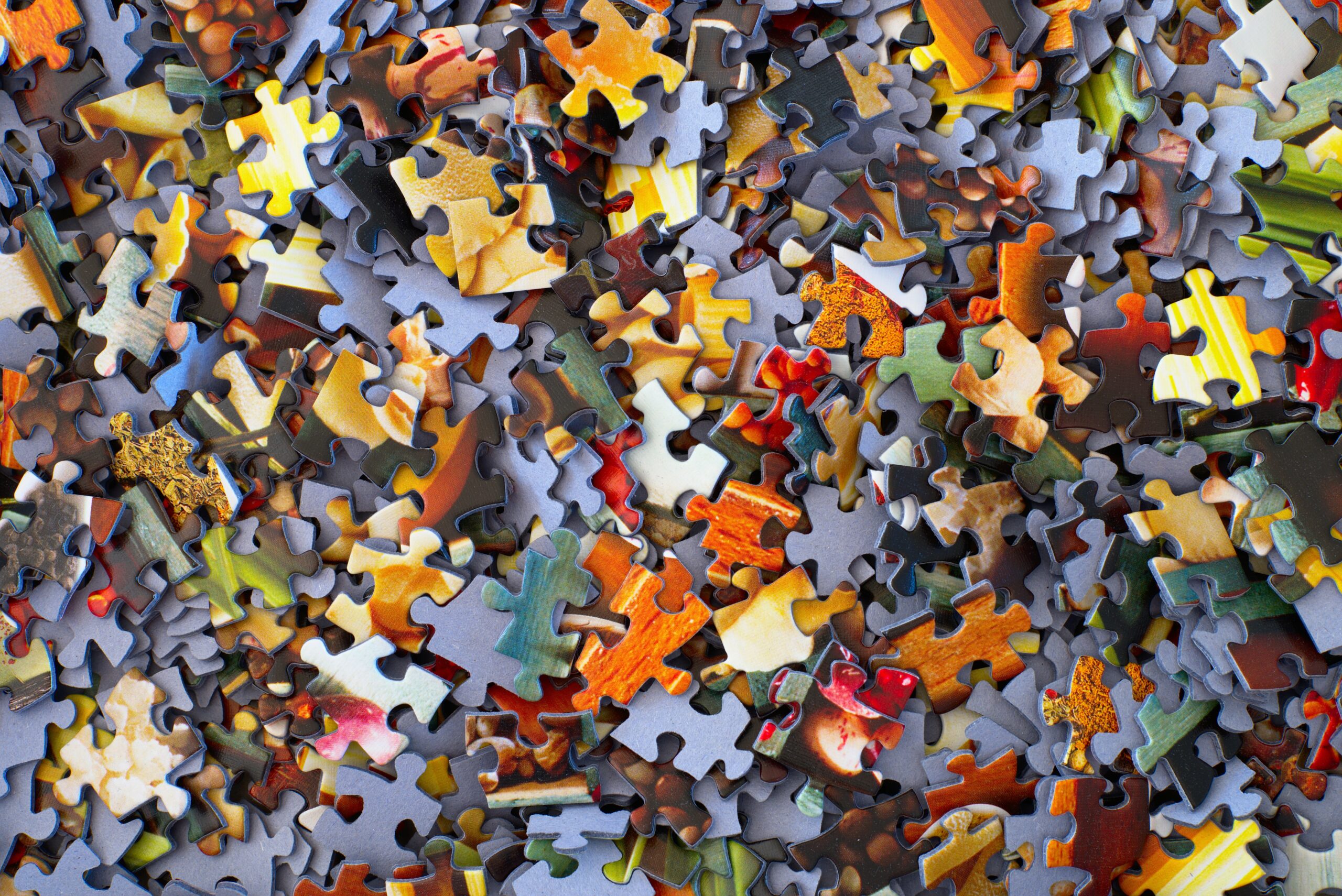