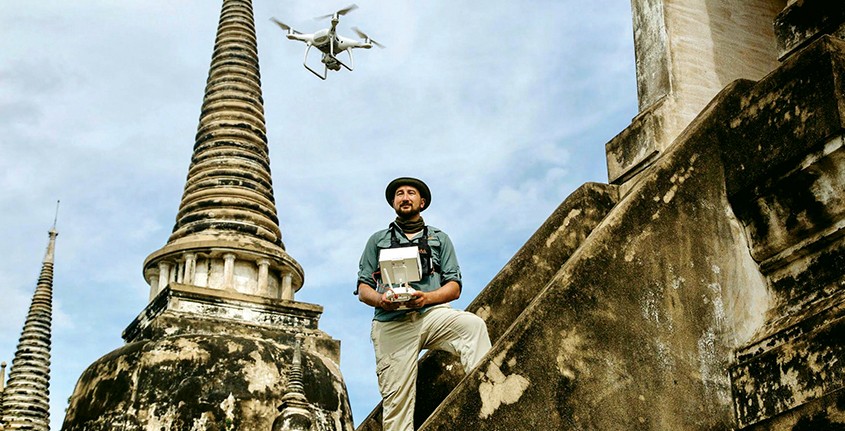 The Ticker: Digitized Wonders of the World

By natalie.rahnNovember 30, 2018March 29th, 2022No Comments
By Insigniam minute read

Cutting-edge technologies are breathing new life into priceless objects and World Heritage sites—some threatened, others destroyed. 3D digitization, projection and printing are reopening doors to history once thought permanently closed due to armed conflict, natural disasters, pollution or ordinary deterioration. For example, Afghanistan’s giant Buddhas of Bamiyan were destroyed by the Taliban in 2001. But a few years ago they could be seen in all their glory again, via full-sized projected holograms at the ancient site. And in London, one of Marie Antoinette’s chairs was reassembled thanks to the 3D printing of its missing pieces. It received era-appropriate toning and gilding to lend a sense of authenticity.

Much of the activity within the emerging field of digital archaeology, however, involves organizations dedicated to documenting World Heritage sites before they are gone. For example, the nonprofit CyArk has created digital records of cultural heritage sites including Myanmar’s Ananda Ok Kyaung temple and the ruins of the Mayan city of Chichen Itza in Mexico. Google and CyArk have jointly launched the Open Heritage project to create virtual reality representations of wonders of the world (both existing and destroyed) while drawing on 3D data. “With modern technology, we can capture these monuments in fuller detail than ever before, including the color and texture of surfaces alongside the geometry captured by the laser scanners with millimeter precision in 3D,” Chance Coughenour of Google’s Arts and Culture division said in a press release.

Separately, the University of Oxford, Dubai’s Museum of the Future and other organizations have distributed 3D cameras to people in areas attacked by the Islamic State so they can document ancient buildings and objects in case they are destroyed. And the Million Image Database project is leveraging 3D photography to build a massive database detailing artifacts and structures that could be 3D-printed later if damaged.

Having a digital record to fall back on is better than nothing.

There are plenty of threats around the world. The United Nations Educational, Scientific and Cultural Organization (UNESCO), which names new World Heritage sites, keeps a public tally of those in danger. The list featured 54 sites as of September, including multiple ancient cities in Syria threatened by that country’s ongoing civil war. While war is an obvious scourge to fragile historical sites, UNESCO notes, “uncontrolled urbanization and unchecked tourism development” also pose big problems. Having a digital record to fall back on is better than nothing, but anyone climbing the Andes to reach Machu Picchu in Peru would likely be disappointed by holograms.