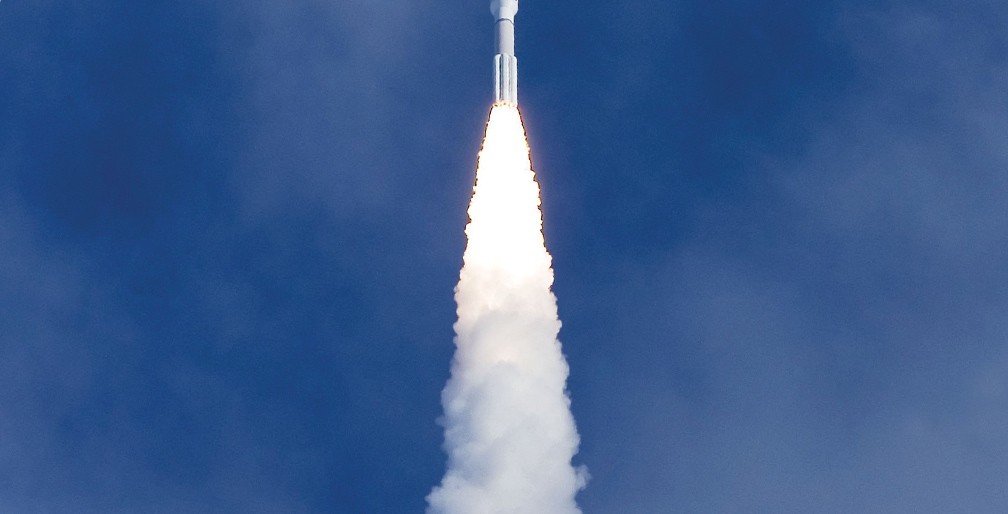 Breakthrough ImperativesBusiness Innovationmore from Hidden Gems for the Future issue

Breakthrough Performance to Pluto and Beyond

On April 17, a piano-sized spacecraft dubbed New Horizons achieved an extraordinary milestone: Hurtling out of the solar system at nearly 14 kilometers per second, it reached 50 astronomical units from the Sun. That’s 50 times the distance from the Sun to the Earth.

Launched on January 19, 2006, New Horizons sped past Pluto, its primary target, in July 2015. During the flyby, it took the first close-up pictures of Pluto and its moons, found evidence of a vast liquid ocean under its icy surface, and surveyed a million-square-mile nitrogen glacier. Now almost 5 billion miles from Earth, the spacecraft continues to explore a massive region beyond the planets filled with remnants from the solar system’s formation.

But the mission almost didn’t happen.

NASA had originally awarded a contract to the Jet Propulsion Laboratory at Caltech for the Pluto-Kuiper Express space probe, slated to be the first to explore Pluto. But NASA canceled the mission in 2000 when cost estimates swamped resources—not surprising in a sector strewn with cost overruns and management foul-ups.

That opened the door to a savvy, aggressive competitor for space mission contracts—the Applied Physics Laboratory (APL) at Johns Hopkins University. Though much smaller than the Jet Propulsion Laboratory, APL had earned a reputation for mission successes, including the Near Earth Asteroid Rendezvous, and ACE, a space weather station launched in 1997 that’s still gathering data.

APL submitted a white paper outlining the feasibility of the Pluto mission for roughly $500 million. It took on the task in November 2001, using a “faster, better, cheaper” approach, which seeks to maximize science returns per each dollar and hour spent.

The mission presented formidable challenges. Instruments had to be sensitive and precisely calibrated. And they had to be durable enough to survive the stress loads of launch and operate in interplanetary space at minus 150 degrees Fahrenheit. Its power demands could not exceed that of a couple of lightbulbs.

To achieve these objectives under tight time, cost and technical constraints, APL closely aligned its small, nimble science and engineering teams to drive innovation. It optimized visibility and communications channels between departments and implemented a rigorous risk-management program. Project leaders relentlessly worked to drive out narrow parochial thinking and inspire development and creativity among its teams. It kept the once-in-a-lifetime, groundbreaking mission at the forefront of every activity.

And it achieved a breakthrough result: The APL teams met stringent technical demands, hit their mission-critical launch window and brought everything together for a cost of roughly $700 million.

A culture of breakthrough performance continues to drive APL missions: In 2020, the APL team managing NASA’s Parker Solar Probe mission was recognized with the von Braun Award for Excellence in Space Program Management.

It’s proof that in order to thrive, transformational leadership and breakthrough performance cultures must overcome organizational myopia and inertia to achieve the loftiest goals.