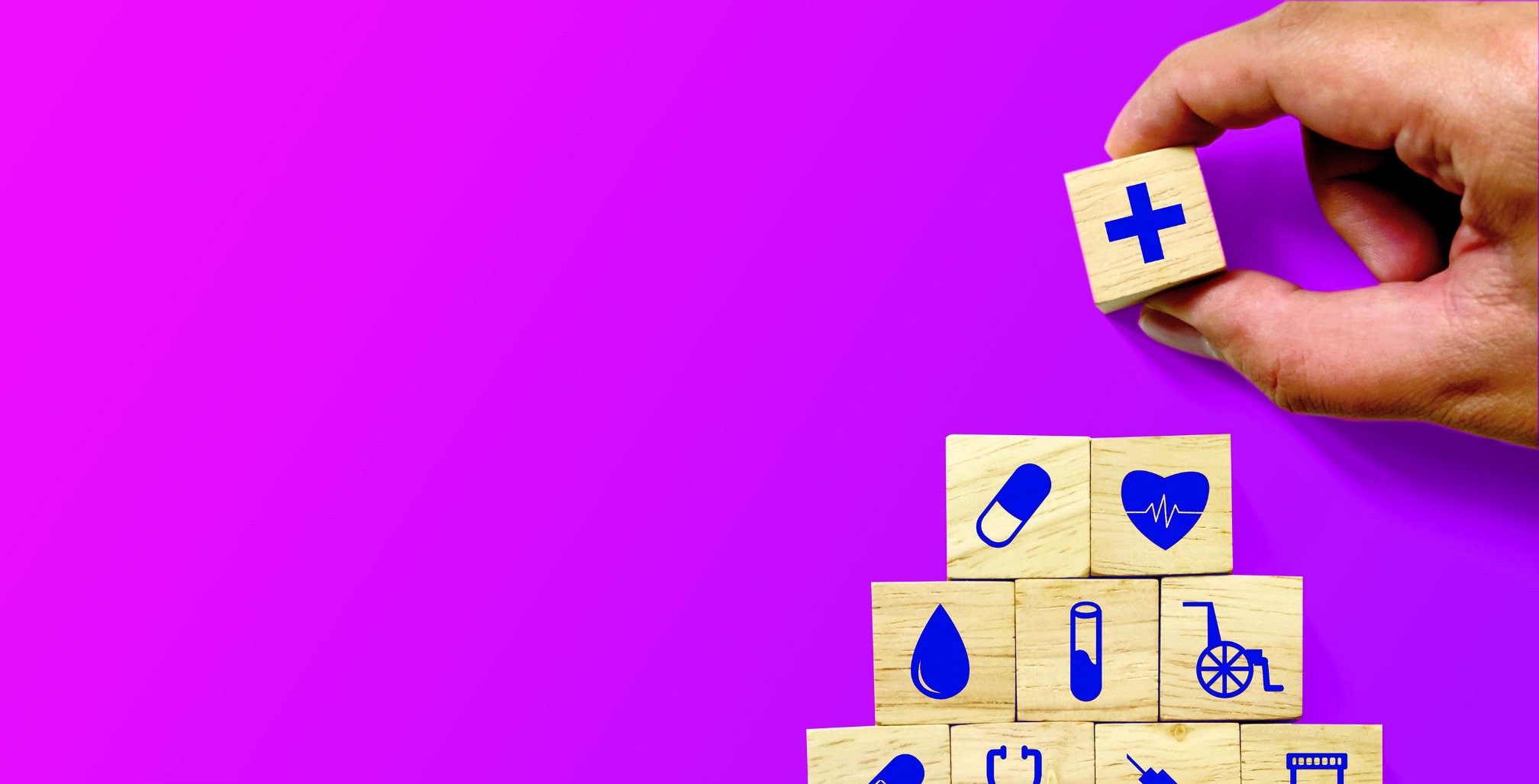 Strategymore from CFOs in a Time of Transformation issue

CareCentrix’s CFO Has a Hand on the Tiller

Health insurers in the United States are laser-focused on bending the cost curve.

For many, big growth comes down to more efficiently managing patient care. To do that, they turn to companies like CareCentrix. The 23-year-old company has thrived over the last decade as insurers have scrambled (and struggled) to control rising health care costs. Based in Hartford, Connecticut, CareCentrix now manages post-acute care for 26 million people across the U.S., helping to determine whether patients should move to skilled nursing facilities or receive care at home.

Since joining the private-equity-owned company as CFO in 2012, Steve Horowitz has helped to manage CareCentrix’s rise and evolution. Its growth has been considerable: Between fiscal years 2012 and 2018, revenues more than doubled to $1.7 billion as profits more than quadrupled. During this period, Mr. Horowitz has exemplified how CFOs can leverage their financial expertise to add strategic value and engage employees. The trend is not specific to the health care industry.

The CFO role, Mr. Horowitz says, has evolved beyond finance to become broader and more strategic. This change has been gaining steam since the beginning of the century, he says, and a similar evolution is now occurring with other C-suite roles. “To be a senior leader in most companies these days, you really do need to be broader than your swim lane.”

IQ: Did you start out in a traditional accounting and finance role?

Steve Horowitz: After college I started with a CPA firm doing auditing. Then I moved into a much more traditional head accountant/CFO role with a health center in Westchester County, New York. That small operation is probably where I got the bug of realizing how much more there was. Because we were small, everybody wore multiple hats. And I ended up involved in all sorts of things that I would never have expected to when I first took the job. For example, getting a new telephone system—suddenly I found myself in charge of telecommunications. You start realizing you can be really effective based on the overall knowledge that you have.

“Unlike pretty much anybody else in the company, as the finance head, you have visibility to everything.” One of the things I love about finance is there’s nothing that happens in a company that doesn’t have some financial aspect to it. Unlike pretty much anybody else in the company, as the finance head, you have visibility to everything. If you can put those pieces together with business sense, as opposed to just financial sense, you have a perspective that’s invaluable. Because, even my peers and senior management have their own various silos. You’ve got to see opportunities to add value.

SH: We may be in a conversation around a new product—talking about why a customer would buy it, what’s the value proposition. I might flip it back to our company: How do we make money at it, and what are the areas that we would need to invest in to get to that point? It’s just a logical thinking approach: sort of the finance equivalent of the scientific method.

[bctt tweet=”Adding strategic value as CFO is also about putting the pieces together.” username=”@srh3aolcom”] If you’re sitting with somebody in a product development area, and they’re spending a lot of time with this great idea—they want to do X, Y and Z—being able to say, “Hey, did you realize that somebody else in this other department is already doing Z? And they’re not doing it in the context of a new product; they’re doing it as an enhancement to something we already do.”

IQ: How have you helped chart CareCentrix’s growth in recent years?

SH: First let me explain the company’s main role in the sector. What we’ve pivoted to in the last two years or so is a post-acute care set of services. It’s everything that comes after you’re discharged from the hospital. You might end up in a rehab facility, a skilled nursing facility or receive care in your home.

Now we focus on that whole continuum of care, which is much more impactful in terms of controlling health care costs. We’ve done it in a way where we now take full risk. So instead of being a fee-for-service model, we’re now at full risk for these services. It makes sense for us because it’s all related. You don’t want to be like a balloon where you save money on one part of the health care system, but all it does is make a different part more expensive. We’re really incented to drive overall costs down by improving the effectiveness of care to the patients.

But when you’re going to a full-risk model, there are significant financial impacts. We want to make sure that we’re pricing aggressively enough to get business, but not so aggressively that we’re likely to lose a lot of money or have unpleasant surprises down the road. Helping to strike the right balance is where I’ve been able to add value—looking for creative pricing models and pushing the sales and pricing teams to think differently about pricing, I think has been really effective. For example, we used to not be aggressive about financial guarantees. We used to assume it in our model, but we never actually put it in front of the customer. So I pushed pretty hard to say that if we’re so confident in it, then throw it out to the customer.

“Early in my career, I never fully appreciated how important it is to contextualize people’s individual roles. It allows people to make better decisions. It definitely pulls down silos.”

IQ: How have you seen the CFO role evolving beyond old stereotypes?

SH: What I notice from CFO colleagues, peers and various network groups that I participate with is typically you don’t get to the CFO level if you were just a traditional accountant. The job has changed so much over the years that that sort of person won’t be successful. Whether presenting to a board or outside investors or lenders, or communicating internally beyond the finance department, or working with peers in the senior management ranks of the company, an old-school CPA just won’t be effective. It’s very rare we run across that old-school type in the last 10 years or so.

IQ: What is the biggest leadership lesson you have learned as CFO?

SH: Probably the importance of teaching. One of the things that I spend a lot of time on is teaching our various employees about finance. We have an hourlong finance 101 program that most of the employees in the company have now gone through. Part of it is just: Here’s how a profit and loss statement works. It puts it in words and ideas that nonfinance people can understand. We try to link it to the employee as a person running their own household. Then we bring that back to the company’s P&L statement to show people how we make money. It’s amazing to see lightbulbs go off as people realize how what they do makes a difference to the overall company performance in ways they hadn’t necessarily connected before. They thought they were just doing task A, B and C, without realizing how relevant that was to the overall company. It really helps people to get more engaged.

Early in my career, I never fully appreciated how important it is to contextualize people’s individual roles. That’s something we’ve consciously tried to do more of at CareCentrix—it makes a big difference from a culture point of view. People feel more involved; they feel more empowered. But it also allows people to make better decisions. It definitely pulls down silos, because people can see how other areas in the company work.

SH: Probably the two biggest dynamics in play in the sector are the Affordable Care Act and consolidation. They’re somewhat related: There’s been an uptick in M&As because of the Affordable Care Act. Whether it’s CVS buying Aetna or Cigna buying Express Scripts, there’s a lot of nontraditional monster deals out there. And there’s also lots of health plans that are buying other health plans.

For CFOs, that definitely presents some challenges as you think through strategy. Two years ago, if you had said health insurers need to be in the pharmacy space, for example, no one would have thought that was obvious. But now, health insurers are making big bets in the space. From a CFO point of view, how confident are you that the bet will pay off? If you’re the first one who does it, it’s high risk. But if you’re the last one to do it, you’re probably too late.

Timing is probably the biggest challenge from a CFO point of view. Because you probably need to pull the trigger on these things before you’re certain it’s the right move.

IQ: What two things should CFOs and aspiring CFOs do to prepare for what the role will demand in the future?

SH: Discipline with respect to time management has got to be high on the list. There’s so much on the CFO’s plate. We’ve kind of kept all the historical, traditional CFO responsibilities, and now we’ve added all this other stuff as well. Whether it’s the strategic piece, or supporting M&As or sales, it’s not in place of; it’s in addition to. Time management abilities become enormously powerful.

The second thing would be to develop broader experience: Take advantage of opportunities outside of finance. Stay informed of the broader business world. Everybody always thinks they know everything, but the more you tackle new things, the more you realize how little you knew before. So you have to find those new opportunities and take advantage of them. A diversity of experience and responsibilities is the best way to prepare for the new responsibilities CFOs face—there are no easy shortcuts.

This article appeared in the Spring 2019 issue of Insigniam Quarterly, with the headline “Healthy Risks.” To begin receiving IQ, go here.