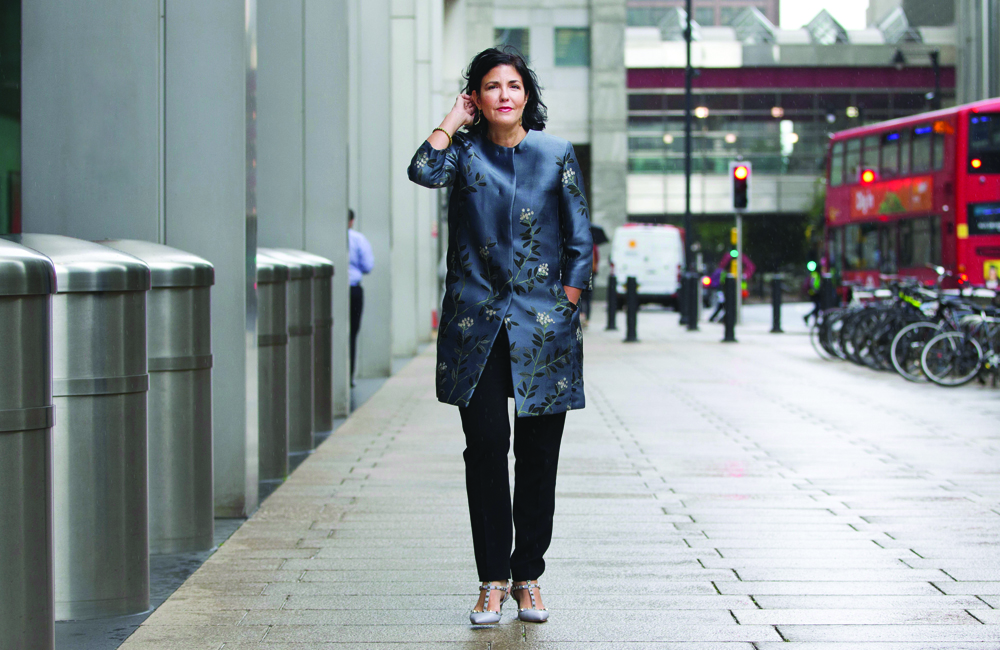 Volatility, uncertainty, complexity and ambiguity (VUCA) have introduced enormous challenges for businesses large and small. Current events—ranging from the pandemic and supply chain problems to the ongoing conflict in Ukraine and its ripple effect on energy supply and inflation—have created a web of complexity.

Tina Fordham’s mission is to make sense of geopolitical risk. She has spent more than 20 years advising senior leaders around the globe. She also is a member of international advisory boards for the Columbia University School of International and Public Affairs in New York City and the Centre for Geopolitics at the University of Cambridge in the U.K.

In addition, Ms. Fordham counsels Britain’s Ministry of Defense and serves on advisory committees addressing diversity and inclusion for the International Business and Diplomatic Exchange. The London-based advisor appears regularly on television networks such as Bloomberg, CNBC, CNN and the BBC.

IQ recently spent some time with Ms. Fordham and asked her to provide some perspective on today’s geopolitical risk and uncertainty. Here is what she had to say.

IQ: As a leading expert on Russia and someone who has spent time there, what are your thoughts about Vladimir Putin’s actions in Ukraine and their impact on global instability?

Ms. Fordham: I believe that a lot of investors and decision-makers have made the mistake of looking at what is happening in Russia through the lens of commercial and economic logic. Yes, Putin’s invasion of Ukraine is a tragic error—and a costly one on many levels. 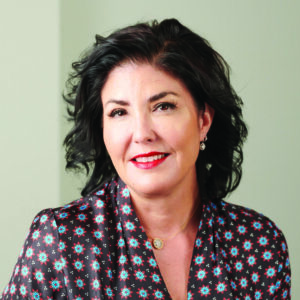 A bigger point is that the invasion is a transformational political event. Every type of power dynamic and multilateral agreement—the Belt and Road Initiative, grain shipments, debt dynamics, energy and arms deals—has been impacted by this transformational event. We’re only beginning to see the reverberations.

IQ: How has this affected the global investment community?

Ms. Fordham: We’re now in the realm of second-and third-order effects rippling out of the invasion. I have previously stated that the conflict was underpriced by the markets and the investment community. Market participants were viewing it as a limited regional event, like what has taken place in Iraq, Afghanistan, Libya and Syria. In reality, it’s a transformational geopolitical event that has impacted the global economy.

We see this in high oil prices and increases in the cost of food. These disruptions will be around for quite some time. However, many investors are still downplaying the duration and severity of this crisis. They thought Putin was looking for short-term gains and would soon come to the negotiating table to make a deal. Unfortunately, there won’t be any short-term resolution. This event will have a long-term seismic impact on the world scene.

IQ: Are there other geopolitical risks that are falling below the radar?

Ms. Fordham: The biggest one is the potential for Russia to become a rich failed state. Despite being subjected to the strongest economic sanctions in modern history, it continues to sell oil and gas on the international market, and it retains its nuclear weapons capabilities. The question now is: Will Russia become a giant North Korea or Iran with nukes, rare earth minerals and other valuable commodities that continue to make it an influential country? I don’t think we have spent enough time focusing on how this crisis will unfold. Most of the business leaders I speak with sound a bit like Neville Chamberlain hoping that World War II would be over by Christmas.

IQ: How do you see all of this playing out with regard to the global economy, inflation and the risk of a recession?

Ms. Fordham: The first step is to admit that we’re in a place with the global economy we have never visited before. There’s a post-pandemic growth hangover that has led to inflationary trends and the need to raise interest rates. This in itself is significant. Factor in massive geopolitical disruption and second-and third-order effects, such as the possibility of a market debt crisis combined with a slowdown in the Chinese economy, and suddenly it’s obvious that we don’t have a precedent.

IQ: How does this impact organizations and the way business leaders think?

Ms. Fordham: Unfortunately, collective amnesia and normality bias are the norm. Many business leaders believe we should wait for the dust to settle, and then things will become clearer and everything will return to normal. I don’t see how that’s possible. I’m not suggesting a chaotic world of gloom and doom. It comes down to what actions governments and business leaders take.

Unfortunately, we’re in the teeth of the crisis right now. So far, U.S. and European leaders have been decisive, and I believe they have taken the right steps. Sending arms to Ukraine is a very clear signal to Russia that further violent incursion into neighboring countries won’t be tolerated; they will be met with major resistance. However, we’re still left with this situation, and business leaders must think about new tools and approaches for dealing with it. There’s an old Latin proverb that says, “Fortune favors the brave.” Louis Pasteur added, “But chance favors the prepared mind.” That’s where we are right now.

IQ: Do you have any advice about how business leaders can improve their ability to analyze and act in this environment?

Ms. Fordham: A problem is that many companies have subcontracted political risk. They depend entirely on subject matter experts to guide them. They parachute them in, and then the expertise gets lost in the shuffle. In order to improve their political IQ and their ability to manage both short-term and long-term change, there’s a need to adopt a more forward-thinking and comprehensive business-planning framework at the board level. It’s crucial to discuss issues, create plans and operationalize strategies to deal with political, social, economic and security impacts.

Another problem is that private equity has never focused much attention on political risk. In the past, everything has been strictly transactional. That’s no longer possible. Nothing is apolitical. Whether it’s housing or agriculture, there are political ramifications—particularly at a time of shrinking growth. So you have to be more creative about finding new areas for growth while also thinking about how to limit your downside risk.

IQ: What are your thoughts about how companies can continue to pursue aggressive ESG goals in an environment of geopolitical and economic instability?

Ms. Fordham: This crisis has challenged many perceptions. For instance, Germany recently fired up coal power plants. On the other hand, people argue that this is the perfect time to overcome dependence on fossil fuels and the Russian petrostate. It’s difficult to know how this will play out, but between climate change and Russia’s invasion of Ukraine, organizations and society must ask: Are we going to get more serious about climate change or not?

There’s another ESG issue here. It’s important to use accounting standards or some other mechanism to identify reputational risks. Many businesses were left scrambling over the public pressure to exit Russia. We could see the same thing happen with China. Underneath all of this is a need to examine ethics and values. We previously haven’t witnessed discussions about ethics and investing globally. This, in addition to controversial political issues in the U.S. and elsewhere, is putting companies in the uncomfortable position of having to take a political stand. 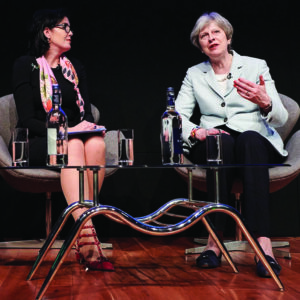 Policy Powerhouse / Pictured alongside former British prime minister Theresa May, Ms. Fordham advises Britain’s Ministry of Defense. She is also a member of both the Equality, Diversity and Inclusion Advisory Group and the Economic and Commercial Diplomacy Advisory Group with the International Business and Diplomatic Exchange.

IQ: You have said in the past that business leaders and investors often ask the wrong questions. What should they be asking?

Ms. Fordham: Everything starts with business strategy and what objectives a company has in a certain market. The goal is to avoid surprises. When I discuss this topic, I often get some surprised looks from business leaders. They are at a complete loss. That’s because black swan planning—which focuses on identifying unpredictable but high-impact events—is incredibly rare in the corporate world.

What does this mean? You have to stress-test against plausible risk. It’s a much bigger and more realistic set of concerns and considerations. It’s also important to focus on timing, which is the most difficult aspect to get a handle on. However, it’s possible to make reasonable assumptions about things and have some sense of what could happen. The goal is to account for volatility and uncertainty and build fluidity into a planning process.

Ms. Fordham: There’s a need to think differently about revenue and risk. It’s important to look at how various economic and social drivers—the intersection of geopolitical risks —can and will affect businesses. Today, most data is focused on historical trends and patterns. We need to develop more systematic ways to understand where various combinations of factors will take us. History doesn’t repeat itself, but it does rhyme.

In this environment, leaders must plan for more friction, more disruption and more volatility. At the same time, there are huge opportunities for those who adopt a more systematic and holistic view of events and transform this into strategic thinking.

This article appeared in the Fall 2022 issue of Insigniam Quarterly with the headline “Navigating Recession, the Energy Crisis and the New Geopolitics.”