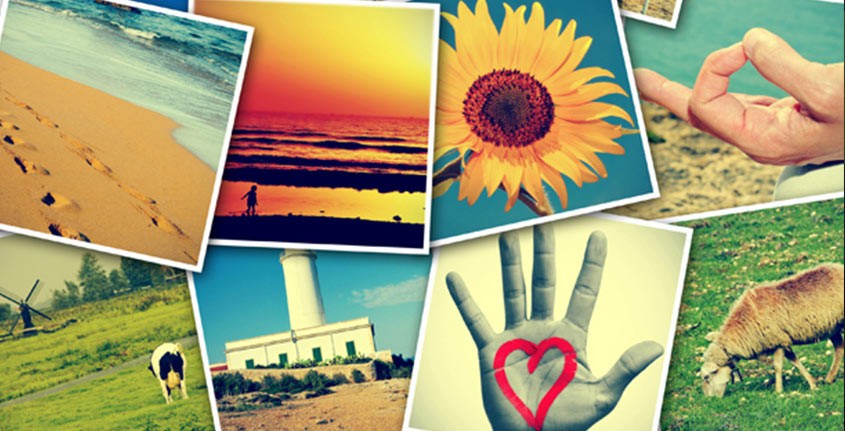 Management Results in the Face of Uncertainty

Whether you are Instagram, the photography app purchased by Facebook for $1 billion less than two years after it was launched; Myron Ullman, the returning CEO of $17 billion iconic retailer J.C. Penney; or Michelle Peluso, the new CEO of the growing $600 million online luxury retailer Gilt Groupe, you face one of the toughest challenges in management results: working through uncertainty to drive success. Uncertainty dogs the strategic imperatives of just about any enterprise. The question is, are they the right imperatives?

The story often goes like this: your team is trying something new and important — implementing a new store design, revamping a strategy, running a number of projects to fix an earnings slump, rebranding, launching a groundbreaking online experience, or perhaps starting a new division. The problem is, it is only sort-of working: not failing completely, but not really succeeding.

Before it was a photo-editing app, Instagram tried to be a photo-based, location check-in service.

Teams tasked with strategy execution are naturally inclined to believe they are on the right track. All that is needed to correct course is to continue doing the same things, just with more intensity, more dedication, and more resources. That only digs the hole deeper. The project runs later, and it costs more. At some point, the time and money exceed the organization’s tolerance, and the project is canceled.

More often than not, people recover from such failures, but the project is not so lucky. Now tainted by failure, it is unlikely to be revived. Watchful competitors learn a valuable lesson on the cheap: they know what to avoid.

How can projects that support strategic imperatives get back on track — or find a better track — before spending themselves into the proverbial ditch? The team involved will already be frustrated and on the way to being angry and exhausted. That is what makes these kinds of situations so difficult.

To begin, leaders have to recognize that human beings have a remarkable ability to get things more right than wrong, even when first attempting something new and difficult. With a combination of experience, information, and intuition, the leader’s team made a very plausible plan at the outset of the project.

The problem lies in how people deal with uncertainty. We are programmed to freeze in the face of uncertainty. When our hunter-gatherer forebears heard strange noises coming from deep in the bush, they froze. Was the noise a delicious meal for the tribe, or a dangerous predator looking for its own supper?

In a three-part Forbes’ article from January 2012 titled “The Rise of Gilt Groupe,” Matthew Carroll outlined Gilt’s need to combat a full frontal assault by competitors.

Founded in 2007, the online retailer found fast success offering exclusive deals on luxury items directly to its subscribers. Early on, Gilt had few competitors. But as the exclusive-deals space became more crowded, Gilt was forced to shift its strategy.

The brand’s leadership is still dealing with the uncertainty of the online luxury retail market. It has had to scale back some of its offerings. But it has a new CEO in Michelle Peluso. The former CMO at Citigroup and CEO at Travelocity moved from the board into Gilt’s CEO seat earlier this year. She’s stated recently that the company is looking at how it works with brands and that an IPO is a possibility.

There are only three ways to deal with uncertainty.

A Test of Faith

Strategy execution requires an interlocking number of orchestrated projects and tactics to succeed — to get the breakthrough(s) desired. When a team struggles with a project, it becomes a test of faith. But blind faith almost always leads to disaster in business, if not in the rest of life.

There were troubles at J.C. Penney before failed CEO Ron Johnson arrived in 2011. An Apple alum, Johnson tried to dramatically shift the strategy of the retail giant. Gone were the discounts and coupons that the long-time customers had grown to love. In were everyday low prices. Also new was the store’s organization. Specific brands were organized into “stores” inside of each J.C. Penney location. Johnson wanted to recreate the experience of shopping in an Apple store at J.C. Penney. None of these changes took hold with either longtime customers or longtime employees. After less than two years, Johnson was out.

J.C. Penney brought back Ullman, the previous CEO. He has stated his love for and belief in the brand and what it stands for. He is trying to bring back lost customers and reassure devoted employees. So what must leadership do in these types of circumstances?

The answer is to suspend, but not discard, faith. The team needs to do something different. The market says it is not what they were doing before, and it is not what they are doing now. But that is the uncertainty. In assessing the strategy, the path of execution, and how projects were constituted, something must be wrong and must be fixed. But there will still be many elements that are right and should continue.

Get the Right People Together

The team accountable for execution must re-examine its data and assumptions. The results of the many initiatives so far provide a trove of information not available when the project began.

The first and most obvious thing to look for in the new information is the thing the team did not know that it did not know at the outset — the unknown unknowns. Anything anomalous or unexpected can hold a key to solving the problem.

A more difficult but often a more effective path is to look for “what you know that just ain’t so.” That is the flawed or missing data, or the bad shared assumption. This is why is it so important to suspend faith while doing this kind of work: faith blinds the mind while it binds the team.

As in any act of human creativity, there is no algorithm. But some things work. Get the right people together. Get away from regular routine — go off-site if possible. Use a facilitator from outside the team. Listen to everybody, especially those “in the trenches” with closest contact to customers or technology. Allow no personal criticism, but criticize every piece of data and every assumption. Take as long as needed. People already understand the urgency.

Finally, keep faith in the people. They will find the answer, if there is one. They will re-coalesce around the revised plan, with even stronger faith.

It worked spectacularly for Instagram. The company set out to develop a photo-based, location check-in service, a sort of Foursquare with pictures, called Burbn. But when traction eluded the team, they discovered that the photo editing and sharing features meant more to users than location sharing. Not every redirection will be as spectacular as Instagram’s early $1 billion exit, but many a project can either be salvaged — or turned into something even better than the original vision.

So, let your people try something new. Let them innovate. Let them push forward. And let them fail. It’s what will help them learn, because success is forged through the fires of struggle. When things are not going well is when we figure out what does not work, and, like Instagram, we figure out what will.

A military leader will tell you that a bunch of soldiers do not become a real fighting unit until they are under live fire together. In the same way, a bunch of people in a business become an effective team when they solve an existential crisis by working together, creating a new path, and restoring the faith in the times when failure is not an option.

Dr. Philip M. Neches has more than 30 years of leadership experience. He is a Trustee of the California Institute of Technology, a member of the National Academy of Engineering, and the founder of Teradata Corporation.