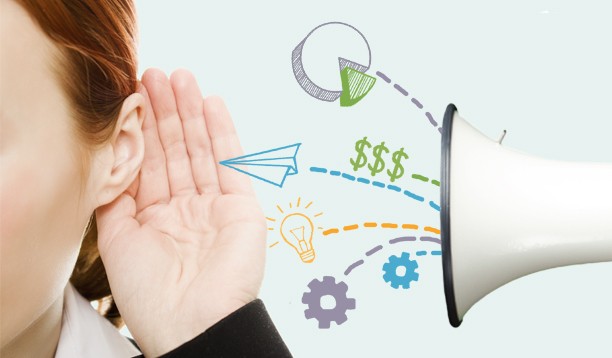 Leading Change in Communication: Are You Being Heard?

Think you’ve got communications challenges leading change in your job? Consider what Bob Boulanger faced in his roughly 10 years in various roles — including as finance and operations chief — at Samsung Telecommunications America, the Texas-based arm of the Korean technology giant.

As any expert will tell you, strong communication is a necessity for executing on corporate strategy and leading change. If you can’t effectively get the word out on what your business is trying to do, expect the road ahead to be bumpy.

How bumpy? Consider that a Gallup survey released this year found that 70 percent of workers were not engaged or actively engaged, a number that has not effectively changed in more than a decade. And what may be even more troubling for leaders, the same survey found that only 41 percent of employees felt that they knew what their companies stood for and what differentiates their brand from their competitors. That means that nearly 60 percent of workers did not know what goal they were working toward.

The power of strong communication

Samsung experienced rapid growth during Boulanger’s tenure at its U.S. unit between 1998 and 2008. Strong communication internally and with the outside world was instrumental in helping make things run more smoothly during that time, Boulanger says. “You get very in tune to being a good listener.”

Where Boulanger and Samsung succeeded on the communications front, many other companies fail. Putting out messages that are confusing, inconsistent, or flat-out incomprehensible is a recipe for problems as your business tries to turn a plan into results, experts say.

The dangers of soft communication

Oftentimes communication is only considered when it is time to execute after the strategy is developed. That is setting yourself up for failure, says David Lei, an associate professor of strategy at the Cox School of Business at Southern Methodist University.

Clear and forthright communication is required in every step of the development process. Otherwise, problems can crop up even during the early stages of strategizing.

“The planning process often becomes a masquerade for internal political divisions in the company,” he says. Different parts of the company may be competing for resources, and “will position themselves at the expense of their sister units.”

Companies need a system for hammering out strategy in which people can express differences of opinion in an honest but non-threatening manner.

Once a strategy has been forged, the next step is to clearly communicate it to all interested parties, be they employees, vendors, customers, or anyone else.

The lesson for the C-suite in leading change:

Boil down the strategy into words and phrases that are simple and easy to understand, and use that language consistently and frequently.

“A lot of times, as leaders, when they get to be blue in the face, that’s the time people are understanding what [the plan] really is,” says Jay Carson, an assistant professor at the Cox School who specializes in leadership and teams. “There must be persistence in [communicating] the strategy.”

An issue that comes up frequently in Carson’s research is that companies lack strategies everyone can understand.

“Problems are brought to me at companies suggesting difficult personalities [are to blame]. I start with the question: Does your team have a clear direction?” Carson says.

The answer from the CEO, inevitably, is yes.

But when Carson talks to the team, he may get 10 different answers on what direction the business is heading. That, Carson says, means the company lacks a transparent plan for where it wants to go. The CEO and the C-suite may understand what the strategy is, but the rest of the world does not.

“A lot of vision statements begin to sound the same,” he says. “The better ones are clear, simple, and help employees know what we’re about.”

Carson points to Dallas-based Southwest Airlines as an example of a business that not only has an effective strategy — being the low-cost air carrier — but it communicates that strategy well.

Ergo, if you want a steak on your flight, Southwest isn’t the place to go. “They celebrate peanuts,” Carson says. “Everything is consistent with that.”

Being a good communicator also boils down to having strong interpersonal skills, including being sensitive to how people from other parts of the world try to get their point across.

For instance, during his Samsung days, Boulanger removed colloquialisms and slang from his vocabulary when he was speaking to anybody whose native tongue was something other than the U.S. form of English.

Another favorite technique: Delivering a message face-to-face, and then asking the person to whom he was talking to provide their understanding of what he had just said.

“You’re dealing with a multicultural, multilinguistic environment. You must listen to every word and understand exactly the intent of the person you’re communicating with,” he says.

Another key to good communication is understanding and respecting not just language differences, but differences in what’s culturally acceptable.

Boulanger found that out when internal auditors from Samsung’s Korean headquarters pointed out that, in reconciling financial statements, they had found an unexplained difference of one penny. This in a $7 billion corporation.

Boulanger tried to explain that U.S. accounting follows the principle of “materiality,” meaning auditors here concern themselves only with significant differences in finances. The Korean auditors looked horrified.

What Boulanger had failed to grasp was that in South Korea, a country that rebuilt itself from the rubble of a 1950s war into an economic powerhouse, “waste is viewed like a sin,” he says. “In their culture, our concept of materiality doesn’t exist.”

The solution? Boulanger assured the auditors that he’d take steps so the problem didn’t crop up again.

“It taught me to be very sensitive,” he says. “That bit of miscommunication could have alienated them.”