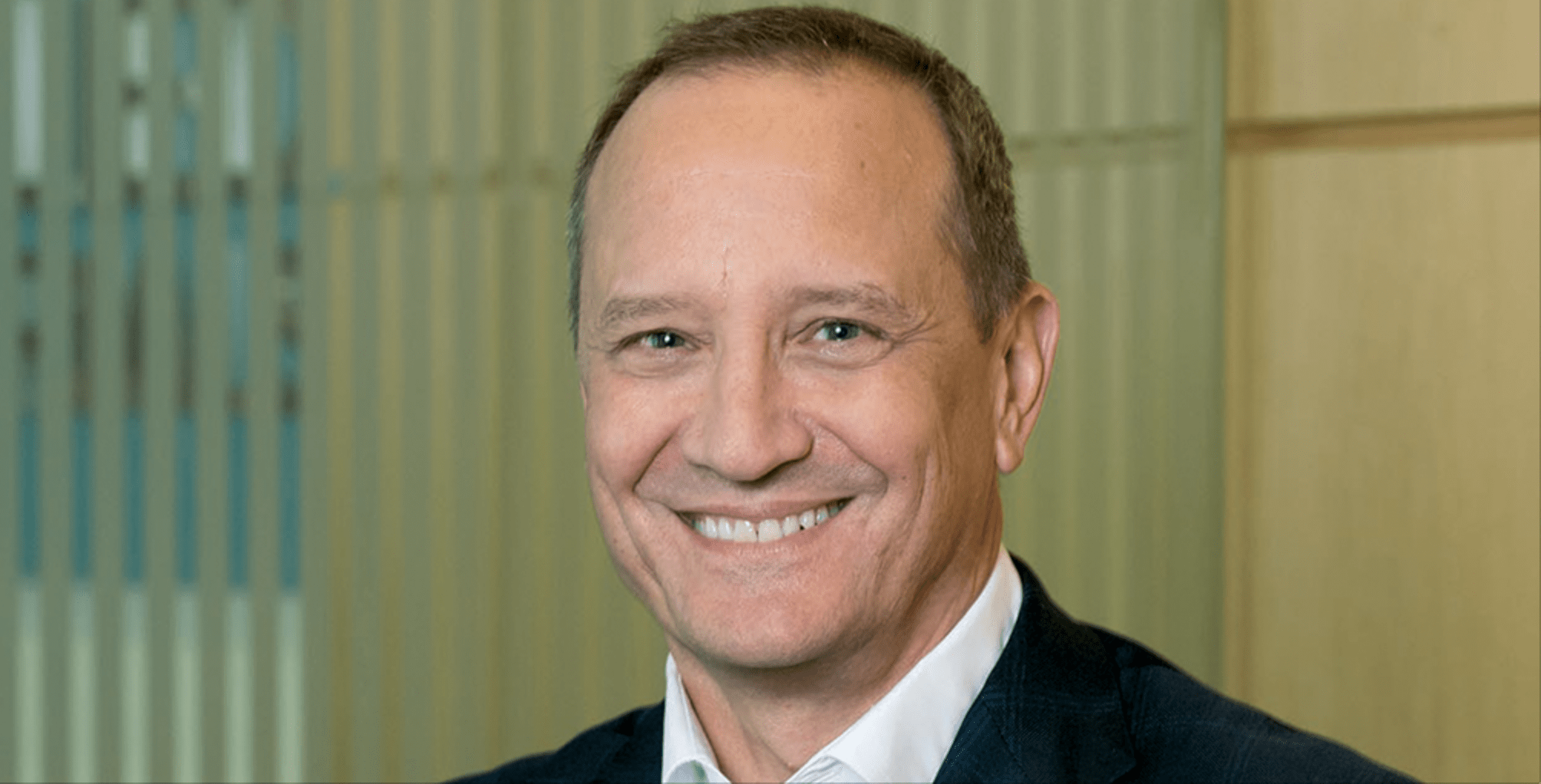 Just because an idea is great does not mean it should be pursued.

The leaders of Applied Materials keep this in mind as they steer the company through a business landscape roiled by rapid change.

As the world’s largest semiconductor equipment manufacturer, the company’s technology is found in everything from driverless cars and smartphones to washing machines and computers—all of which are transforming thanks to the rise of robotics, artificial intelligence (AI) and wireless communications, and the emergence of the internet of things (IoT).

To remain on top, Applied Materials has to stay ahead of the competition.

But smart innovation does not happen when companies move in any and every direction. To ensure Applied Materials is investing its R&D budget—which hit $1.8 billion in 2017—in opportunities that drive stakeholder and shareholder value, every idea is judged against the organization’s purpose: to make possible technology that shapes the future.

It is CFO Dan Durn’s responsibility to serve as the gatekeeper. “Engineers believe every idea they have will change the world, and we don’t want to crush that,” he says. “[But purpose] is the filter that helps us decide what to invest in.”

For Applied Materials, purpose is a North Star that provides a major competitive advantage.

“What is it worth to have a winning AI chip a year earlier?” Gary Dickerson, CEO of Applied Materials asked during the company’s analyst day in February. “It’s worth a lot of money. So, making the bets and not boiling the ocean—picking where to invest and having the courage and confidence to do that—is really, really important.”

“Someone needs to balance the leap-of-faith ideas with a need to deliver business efficiencies. There has to be tension in the room when these decisions are made. That’s my job.”

Lessons From the Past

Mr. Durn has worked in the semiconductor business for almost 20 years. All that time has given him a front-row seat to the industry’s highs and lows. His experiences prevent him from becoming overly enamored with ideas that seem too good to be true, especially when they steer the organization off course from purpose—and from profit.

It is a lesson that Applied Materials has learned all too well, and one Mr. Durn is determined not to repeat.

More than a decade ago—before Mr. Durn took on the CFO role—the company lost its way, he says. The misstep was set into motion by the industry’s transition from 200-millimeter silicon semiconductor wafers to 300-millimeter wafers, both of which Applied Materials made. The larger wafers could hold almost two-and-a-half times as many computer chips, which meant manufacturers needed fewer processing tools to deliver the same quantity of work.

“We don’t do science projects—we invest in things that drive value creation for ourselves, our customers and our stakeholders.”

“It led to a period of efficiency at the expense of financial performance for the business,” Mr. Durn says.

Revenues and profits shrank across the semiconductor equipment manufacturing industry, leading to a period of consolidations and acquisitions. Applied Materials survived, but the loss of revenues shook the leadership team at the time. The team sought opportunities to diversify the business as a way to avoid such market fluctuations in the future. They landed on solar as the most promising market to pursue. In 2008, company leaders began making huge investments in equipment to manufacture thin-film photovoltaic cells and acquired several solar industry companies—all of which did not pay off. Applied Materials never was able to achieve high enough efficiencies with its solar technology to gain significant market share.

By 2013, the company had dropped to fourth place in the solar equipment market, and sales and profits across the business—including its semiconductor stronghold—were slumping.

“They got distracted in our core market and let market share go to the competition,” Mr. Durn says. 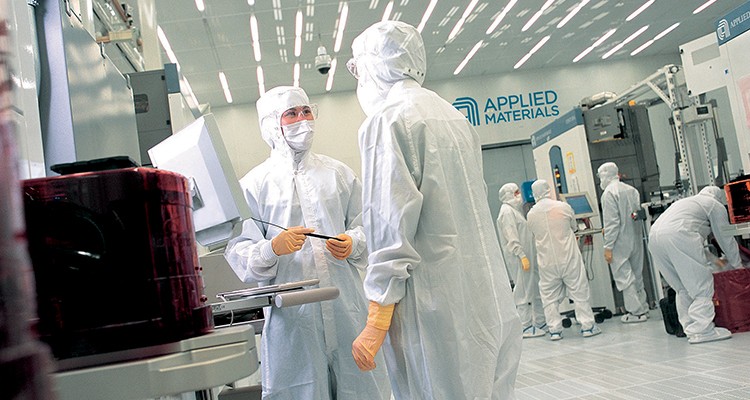 The Tech Shaping the Future

Fast forward five years, and Mr. Durn, CEO Gary Dickerson and the rest of the Applied Materials leaders see very different growth opportunities. They see AI and IoT as areas where the next generation of technological advances will happen—and they are willing to place big bets in these areas.

In September, Applied Materials laid out the company’s 2020 targets to shareholders; they include major investments in AI and IoT and the highest earnings outlook in the company’s history.

Mr. Durn now faces the challenge of hedging the company’s risks and honing its investment portfolio to make sure specific R&D ventures drive long-term growth. It is a tricky role in a company well-known for innovation. “Someone needs to balance the leap-of-faith ideas with a need to deliver business efficiencies,” he says. “There has to be tension in the room when these decisions are made. That’s my job.”

Mr. Durn meets with Mr. Dickerson weekly to assess the investments and review whether or not projects are delivering against their intended goals and which should be continued and which should be shelved. He already has cut funding to some projects that do not align with the focus on AI and IoT enablement. “We don’t do science projects—we invest in things that drive value creation for ourselves, our customers and our stakeholders,” he says.

And every quarter he and the leadership team spend three days reviewing each business unit’s current resource allocation and whether they are achieving long term goals. “No one is entitled to spend anything,” he says. “And if we need to make trade-offs to deliver results, we will.”

For example, some projects have narrow applications or short shelf-lives that might be relevant and innovative but only for short periods of time. Others could be in the marketplace for three decades, and even if such projects are missing deadlines, they still might be worth pursuing because their potential to contribute to drive tech innovation—and therefore deliver upon the company’s purpose—is strong. “Sometimes you can’t prove a project is going to deliver, but you can see the potential,” he says.

Mr. Durn’s years in the industry have helped him hone the craft of making hard R&D decisions.

He learned early on that he has to be viewed as a trusted advisor before handing down decisions on which efforts will go forward and which will be killed. He does that by talking to his engineers and examining hard data about potential returns to balance the aspirational aspect of their inventors. It takes more time, but when he says no, people know he is being fair. “It creates a better cultural dynamic, and people are more accepting of your answer because they know you took the time,” Mr. Durn says.

If his decisions do not pay off, Mr. Durn will have to take the heat. He notes that a big part of his job is speaking with analysts and investors to get them excited about the company purpose and how near-term investments will deliver long-term value. “If they are disappointed in our investments, or feel misled, I need to address that and lay out our targets going forward,” he says.

But he also gets to trumpet company successes. When Mr. Durn took over as CFO in August, Applied Materials was in the midst of a banner year. Its stock grew almost 80 percent in 2017, exceeding analyst predictions, and revenues steadily rose. “We hit our targets with precision,” he says. “And that ties directly to our purpose for the business. The next few years will show investors who are the real leaders are in the industry and who are just the pretenders riding the tailwinds of our success.”