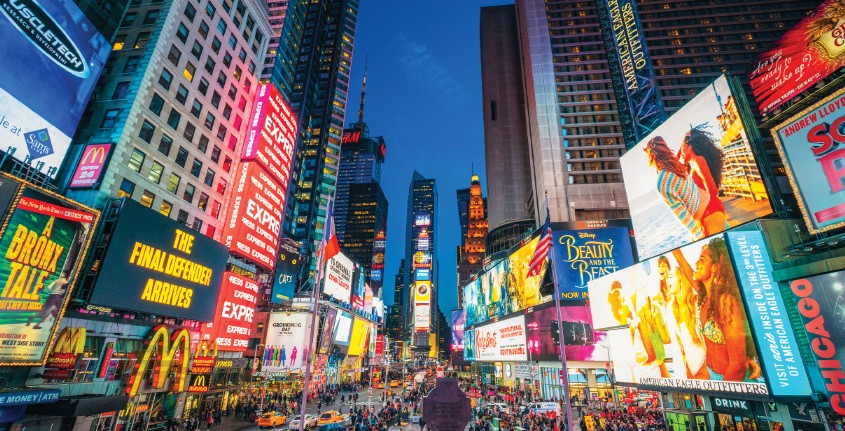 From the boardroomTransformational Leadershipmore from Evolving Role of the CEO issue

Stakeholder capitalism is “quickly gaining ground,” World Economic Forum founder and Executive Chairman Klaus Schwab noted in December. As proof, he cited a statement released by the Business Roundtable in August that redefines a U.S. corporation’s role to include promoting “an economy that serves all Americans.” With signatures from 187 leading CEOs, the change seems already in motion.

But what exactly does all this mean for boards? Martin Whittaker, CEO of JUST Capital, says this bold shift is forcing boards to rethink their role in driving business success. His not-for-profit organization measures companies on how they serve all of their stakeholders, from customers to communities. “For 40 years, shareholders have been the primary focus,” Mr. Whittaker says. The Roundtable’s statement “upends that in one go.”

He believes it signifies a tipping point for boards in how they define and measure business results. “It establishes a new North Star for governance and performance,” he says. In response, boards will need to determine how their companies will actually demonstrate stakeholder value, measure their performance and then benchmark themselves relative to peers. “These new measures will become enshrined within best practices for public company boards,” Mr. Whittaker predicts.

Board members must now move beyond decision-making models where maximizing short-term shareholder gains took priority over other considerations. But creating a new template is not a simple process. “Any CEO today who says they don’t think investing in workers, customers or suppliers should be a priority risks being viewed as very out of touch.”
—Martin Whittaker, CEO, JUST Capital

Sue Gove, a board member at Bed Bath & Beyond, Tailored Brands Inc. and IAA Inc., sees more evolution than revolution when it comes to board governance in the dawning age of stakeholder capitalism.

“The primary purpose of the board is to enhance the long-term value of the company for its shareholders,” she says. “Many companies are recognizing that those long-term interests are best advanced with a holistic approach that includes the interests of employees, customers, suppliers and communities.”

Ms. Gove sees this natural evolution of business practices as something most boards will not have difficulty getting behind. “Companies are not only rewriting their corporate governance guidelines, they are putting those thoughts into measurable action,” she says. A big-picture view of value will not put boards at odds with aggressive investors, she says. “I don’t see this being an issue, because I expect the CEO and board to be aligned.”

Ms. Gove joined the board of Bed Bath & Beyond in May 2019, following an activist campaign led by three private-equity firms that contended that the company was suffering from a lack of decisive leadership, a lack of governance and bloated CEO compensation—all of which, the activist investors asserted, were depleting value from the popular home goods retailer.

Yet Ms. Gove says that even among activist investors, there has been a slow but noticeable shift in thinking about value. She is now seeing many investors focused on criteria for producing long-term growth, including talent engagement and sustainable business practices. “Quick stock price movement can be a motivator for shareholders, but my view is that what’s in the best interest of all stakeholders is to deliver long-term sustainable growth,” Ms. Gove says.

Beyond Business as Usual

As the audience for delivering value expands to include employees, customers and the communities in which businesses operate, many boards and CEOs have approved costly initiatives that would have been unheard of 20 years ago. Examples include Walmart and Target raising pay rates above the U.S. federal minimum wage, Salesforce embracing gender pay equity and Amazon launching a tuition-assistance program to help hourly workers get education in any in-demand field—regardless of whether it is relevant to their current job. While Walmart’s and Target’s stock prices took an initial hit after the wage increases were announced, prices for both soon recovered. “The message is for board members to widen the aperture on performance measurement and value creation pathways for their companies, across the stakeholder framework,” Mr. Whittaker says. “Boards can’t be spooked by one quarter’s results. It takes resilience to focus on long-term value creation.” Click To Tweet

The good news is that shareholders are also changing their tune. Ms. Gove points to BlackRock, the global investment firm with $6.9 trillion in assets under management, whose CEO, Larry Fink, has publicly stated the company’s commitment to promoting purpose-driven business values.

“BlackRock has been very clear in its communications that they are focused on diversity, sustainability and the community,” Ms. Gove says. This language should be a wakeup call for boards that fail to embrace stakeholder capitalism, she adds. “Those boards will be facing more rigorous proxy/voting challenges.”

What Is the Stakeholder Strategy?

Yet in spite of the optimism, boards can struggle to sell programs that support employees, the community and the environment to shareholders sharply focused on the near-term bottom line—especially if the payoff seems distant or difficult to measure.

To avoid spooking them, Mr. Whittaker encourages boards to hold a dialogue with shareholders rather than just reporting on new plans. Making the business case—backed up with relevant, compelling data—for investing in the broader stakeholder community can draw a clear line from these investments to anticipated business outcomes, he says. “The onus is on the board and CEO to have a stakeholder strategy and to communicate how that strategy will create value.”

This is not as hard a case to make as it might have been in the past. Today, most shareholders expect some kind of purpose-driven investment from business leaders. “Any CEO today who says they don’t think investing in workers, customers or suppliers should be a priority risks being viewed as very out of touch,” Mr. Whittaker says. “It might have been acceptable 40 years ago, but it is no longer the way companies compete in the 21st century.”

Fortunately, the movement toward stakeholder capitalism requires not a complete overhaul of ideology about business growth but rather an expanded view of value and how it is measured. “These are still fiduciary issues, so board members should be as disciplined, data-driven and engaged on these themes and topics as they are in other areas of good governance,” Mr. Whittaker says. Once boards integrate the necessary tracking tools into their measurement processes, it can become the new normal—how business gets done.

This article appeared in the Spring 2020 issue of IQ Insigniam Quarterly, with the headline “Widening the Lens.” To begin receiving IQ, go here.