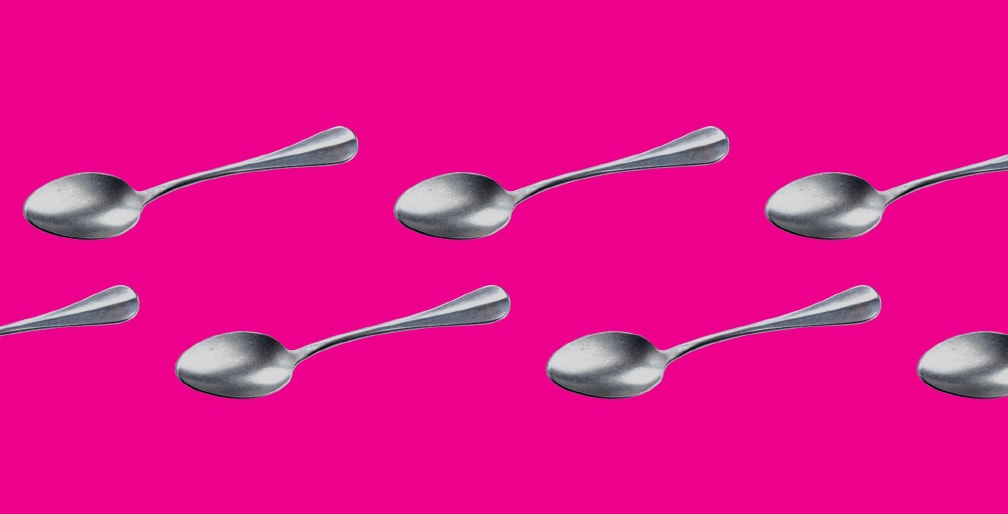 To say last year was a rough one for initial public offerings (IPOs) would be an understatement: 2019 saw the meteoric collapse of much-anticipated public offerings from Lyft (which lost $1.1 billion in its first quarter after its debut), Uber (which lost $1 billion after its IPO debut) and WeWork (which lost nearly $42 billion in potential value before abandoning its IPO plans altogether). These were only the prominent examples of an overall trend: Just 24% of IPOs in 2019 reported a positive net income for 2019, according to Goldman Sachs.

Many entrepreneurs struggle to maintain their footing amid short-term stock gyrations and the management challenges that emerge when taking a company public. But for Fabian Siegel, founder and CEO of Berlin-based meal-kit company Marley Spoon, going public on the Australian Securities Exchange has enabled his company to better focus on its ambitious long-term goal: to raise AU$70 million, enough to allow the company to elevate its standing in the global meal-kit delivery market, a market projected to expand to $8.94 billion by 2025, according to Hexa Research. 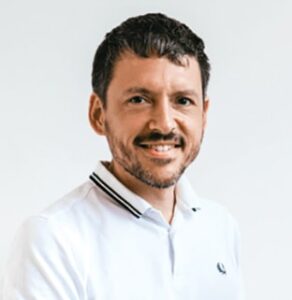 With headlines blaring both the staggering IPO success of some firms and precipitous failure of others, how can a CEO ensure that the entire organization is
ready for the changes brought on in the move to go public while also embracing a long-term, sustainable growth strategy?

It starts with a clearly articulated vision of where the company wants to be and why an IPO is the right tool to help get there, suggests Mr. Siegel, whose company went public in July 2018.

Founded in 2014 in Berlin, Marley Spoon launched into the U.S. market in April 2015 to compete with the likes of HelloFresh (also Berlin-based) and Blue Apron in the crowded meal-kit market. By the mid-2010s, a slew of new players entered the field looking to capture interest from consumers, with the convenience of having unfussy recipes and fresh, proportioned ingredients delivered on a subscription basis. Marley Spoon has sought to differentiate itself in the market based on price and through a high-profile partnership with Martha Stewart (the Martha & Marley Spoon line).

Growth has been steady for Marley Spoon—the “turtle approach” as Mr. Siegel terms it. “[We] are loss-making, and our growth will rely significantly on our ability to attract new customers and generate revenues from existing customers,” Mr. Siegel explained in the prospectus for the IPO.

Taking the company public, he explained to investors and employees, would allow management to retain greater control of the company as it grew than it could if it relied exclusively on venture capital funding. In addition, Mr. Siegel offered, going public would allow Marley Spoon to grow along with the overall delivery market instead of focusing on short-term strategies such as spending on customer acquisition. The numbers bear this out as well—the general public makes up a 30% stake in the firm while five individual investors (including Mr. Siegel) own 51% of the company.

Mr. Siegel also knew that having the right board of directors would be crucial in helping the company navigate the public waters. Marley Spoon deliberately assembled a board whose members (save for one) had no previous connection with the company, Mr. Siegel says. “One thing that was reassuring to me was that the independent directors focused on all the stakeholders—the shareholders, the team members and the customers,” he says.

“If you list a company, you have to ask: Is the company ready for growth, profitability and current market conditions based on what investors expect?”
—Fabian Siegel, CEO, Marley Spoon

Learning to Talk in Public

Internally, during the IPO process Mr. Siegel emphasized to employees that the business would not operate differently. It was an important fear to address head-on. And because most Marley Spoon employees had also recently become shareholders, many felt particularly anxious and uninformed about the move. “We stressed that we were focused on the long term and employees shouldn’t be distracted by the price variations in the public market,” he says. 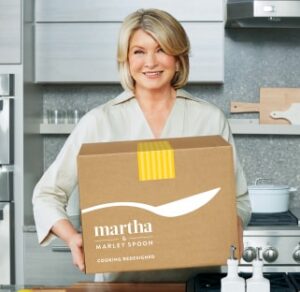 That internal expectation-setting would prove key to the company’s transition. Mr. Siegel conducted a weekly all-hands meeting, streamed around the world, to answer questions. He then followed up with workshops led by the company’s board and early investors. “Economists are used to the concepts of the stock market, stock options and the consequences of market caps,” he says. “We had to explain to employees the company’s operational performance and share price were not directly correlated. There was a lot of basic instruction. We continue to have that more than a year after the IPO.”

When Marley Spoon was private, Mr. Siegel and his executive team could sit down with institutional investors, who were more steeped in long-term plans. But employees lacked this kind of financial acumen. “Talking to the public like this is a new thing for us, and we made some mistakes,” he says. “We found that if we set five expectations and missed one, people would focus on the one we missed rather than the four we hit.”

As a result, the company now points to just a few measurements for success. But there is a danger in this approach: “If you have fewer measurements, missing one can have an even greater impact in the investor community.” Shareholders can overrate even the smallest performance shortcoming—with big consequences if left unanswered.

Marley Spoon’s IPO came at a time when several competitors were ramping up as well. Blue Apron was the first U.S. meal-kit company to go public—and wound up being the worst-performing IPO of 2017. That same year, Amazon made its industry-shaking announcement that it was buying Whole Foods and entering the fresh-groceries and meal-delivery market, causing strong equity deterioration.

“That changed the industry for a while,” Mr. Siegel says. “All the other major companies were questioned about whether their business model works and if this was a good space. … If you list a company, you have to ask: Is the company ready for growth, profitability and current market conditions based on what investors expect?” Click To Tweet

While Marley Spoon’s stock price has slipped since the IPO, Mr. Siegel believes long-term success will be determined by meeting KPIs, not stock price goals. Revenue was up 49% in the third quarter of 2019 compared to the previous year’s corresponding period, and all signs point to the company becoming profitable in 2020. As a vote of confidence, in June Woolworths, a large Australian supermarket chain, took a 9.1% stake in the company.

To keep growing, Mr. Siegel says the company’s future depends on continuous innovation at all levels. Automation technology has boosted the productivity of its meal-kit preparation facilities by more than 50% over the last 18 months in the U.S., Europe and Australia.  “Many times, people think that 10 years after a category is invented it is done,” Mr. Siegel says. “In reality, some new important twist comes along and changes the whole business. I think that will happen in our industry in the next two years.”

He believes the big change will be greater personalization. While companies like Google use data to better understand their customers, the human element is just as crucial, he explains. “Every Marley Spooner has the customer firmly in their mind when doing their daily tasks,” he said in a 2018 interview, “whether that’s creating new menus, using recipe ratings, adjusting the user experience of the website following market research or hand-packing the boxes in the fulfillment center.”

“When they select a recipe, they are telling us what they like, but as an industry we don’t listen as well as we should. We need to do the right thing every day and keep investing in growth.”

This article appeared in the Spring 2020 issue of IQ Insigniam Quarterly, with the headline “Change, Delivered.” To begin receiving IQ, go here. 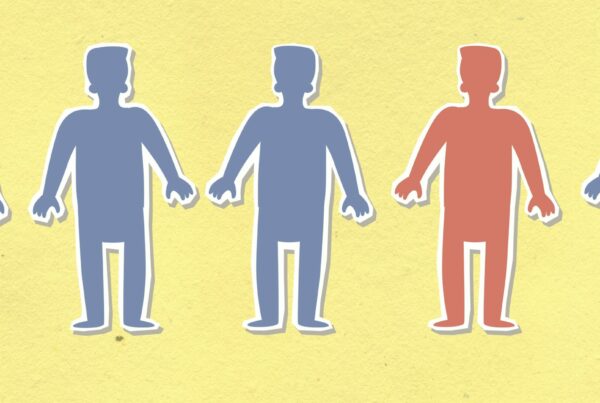 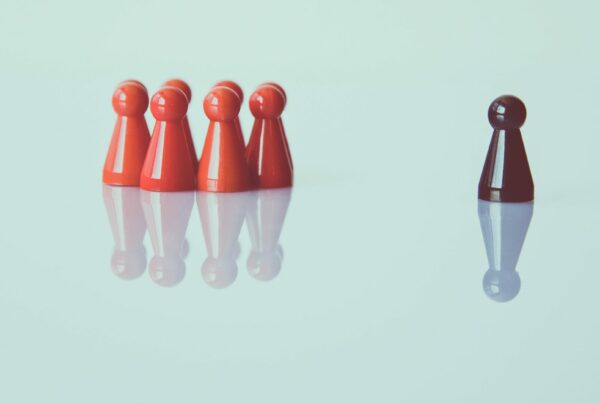