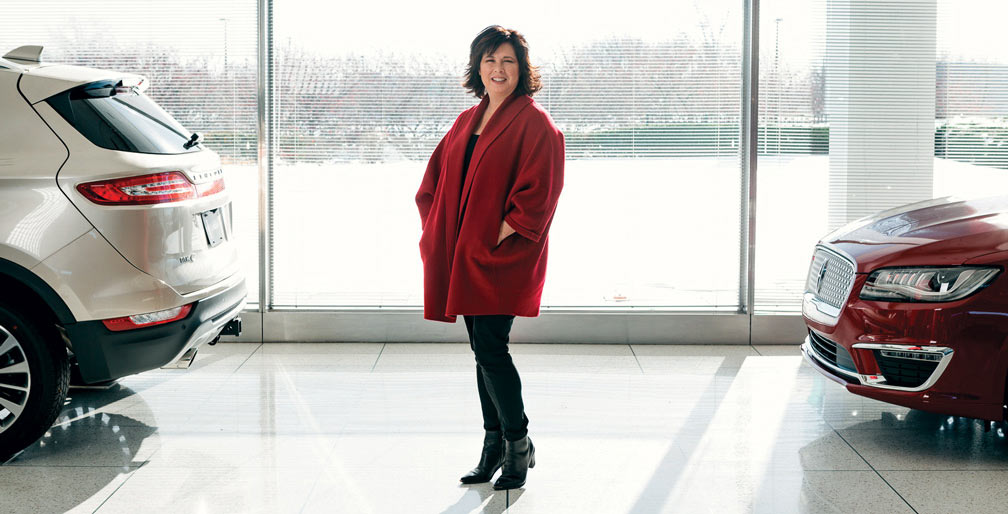 Social scientists call it the status quo bias: our tendency to want things to stay the same. We expect the future will offer more continuity than change—but for executives this can be a fatal trap. Imagining the future only through the lens of its products or market position leaves an organization vulnerable to disruption. To avoid myopia, more companies are turning to the emerging academic and professional discipline of futurism.

Sheryl Connelly has spent the better part of the last 10 years as Ford Motor Company’s in-house futurist, tracking global consumer trends to help refine long-term planning and strategy across the entire company. Her job is to be, in her words, a “polite contrarian” in conversations that span from design and product development to corporate strategy and marketing.

IQ recently spoke to Ms. Connelly about how executives can better future-proof their decision-making and why slowing down strategy planning can often be the fastest way to get ahead.

IQ: How does a deeper understanding of what the future might hold change or improve how executives make decisions?

Sheryl Connelly: My job isn’t to predict the future—it’s to challenge the status quo and tease out underlying assumptions that are built into our strategy. Highlighting how and why the context is changing and why attitudes are changing can inform executive decisions. For instance, 10 years ago millennials weren’t buying cars and there was a pervasive attitude at Ford and elsewhere that it was because they couldn’t afford them. The thinking went: Everyone wants a car, because everyone’s always wanted a car.

My job is to say, “But what if that’s not the case?” For millennials, there have been very mixed reports about their feelings toward car ownership. It’s clear they don’t hold cars in the same regard as previous generations, especially baby boomers who saw cars as the ultimate status symbols. So in meetings with executives, it’s my job to ask: What if millennials never buy cars? What then? Click To Tweet

IQ: Do all companies need futurists, or should executives develop the ability to think the way you do?

SC: It doesn’t have to be either/or. Every organization—big or small, for-profit or not-for-profit—would benefit from having a futurist on staff. I spend a good chunk of my time looking at patterns that suggest consumer behaviors are going to change, then modeling future scenarios through an Armageddon or rose-colored view. An aging population is a global phenomenon—what might that mean for autonomous driving vehicles? The emerging middle class in India and China is exploding—what might that mean for mobility there? Each story comes with a set of leading indicators, or what would have to happen for this scenario to come into play.

But I also think all executives can benefit from this type of thinking. Everyone recognizes that the pace and scale of change is increasing, so companies have to think out of the box more often. When people ask, “How do you think like a futurist?”, I tell them it’s really about being a polite contrarian. The next time you’re in a meeting and someone says, “That will never happen” or “not in my lifetime,” that’s an easy place to start. Pretend that it were to happen—how would the company fare?

Americans are enamored with the open road, but if you lived in Beijing or Mumbai you’d be hard-pressed to find an open road. The average daily commute in Beijing is five hours. Bill Ford, who’s the great-grandson of Henry Ford and our executive chairman, has said that he spent a good portion of his life thinking about how to sell more cars tomorrow than he sold yesterday. But then he asked, “What happens if that continues?” The answer: global gridlock.

We need to rethink mobility. How do you play in this space when people don’t want to own cars or it’s not the optimal solution for them? So now Ford is looking at car-sharing and ride-sharing and bike rentals, and all the ways we make people’s lives better by making mobility options richer. We still believe in those people who love the thrill of the drive. But let’s think about how to also serve people who aren’t interested in driving. 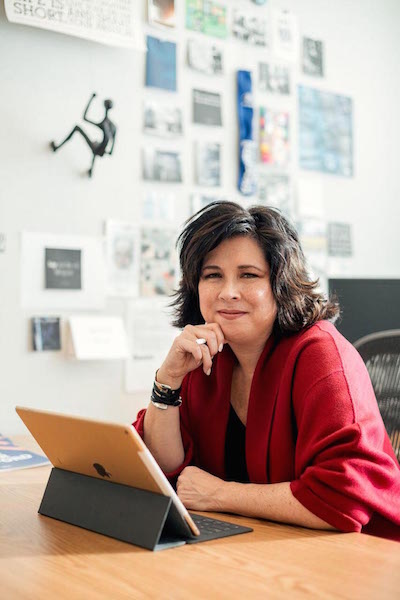 IQ: Do you get any special satisfaction when one of your future scenarios plays out?

SC: My job is not to predict the future and have it come out right. It is to help others see things coming and make sure the company is never blindsided. Click To Tweet In many ways, it’s a numbers game. If you do this with vigor and frequency, you’re going to run into things that do play out—and people seem to remember the things you get right.

In 2004, for instance, I led 100 people from around the world in a project to imagine four scenarios of what the world would look like in 2015. Oil was $30 a barrel at the time. We imagined: What if it spiked to $100? New car sales would slow down, and we’d have to slow down plant production or idle some plants, scale back our orders. If it went on long enough, many auto companies would be on a slippery slope to bankruptcy. That was just one scenario out of four, but with each story we developed a set of leading indicators. And then oil spiked and that story played out in 2007, 2008 and 2009. And I do believe having an eye on those indicators early is one of many reasons we were able to make swifter adjustments and ultimately avoid bankruptcy.

IQ: Ford has been around since 1903. What is it like to be the futurist at America’s oldest car company?

SC: I grew up in metro Detroit and have always had a deep respect and admiration for the brand. I work with people who call themselves total gearheads. That’s not me, but my job is specifically not to look at cars and trucks.

When I was brand-new in this role, for the first year or two, I had to knock on a lot of doors to get invited to meetings. I used to say, “Here are the trends, and here’s what you should do.” I might be talking to engineers about how they could use insights about some trend to engineer a better car. They’d look at me like I didn’t really know what I was talking about—and they were right.

Over time, I realized that delivering the best value means leaving out the automotive standpoint. So now, if I’m going to talk about an aging population, I might talk about what impact that’s having on cellphones or travel or hospitals, and how other corporations are addressing the issue. I can bring insights, but they don’t mean anything unless the subject-matter experts within Ford translate them into opportunities. It has to be a very collaborative relationship. 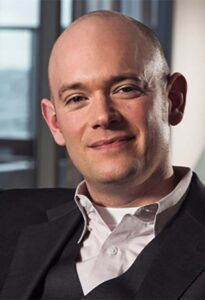 Brian David Johnson has helped everyone from corporate executives to government officials face the future with a bit less anxiety. Formerly Intel’s futurist for more than a dozen years, Mr. Johnson is now “futurist in residence” at Arizona State University’s Center for Science and Imagination.

IQ: In your experience, what is the biggest challenge executives face when thinking about the future and how it relates to their company?

Brian David Johnson: Especially at larger organizations, the CFO will usually approach me at some point and say, “Brian, I hate what you do.” Because he or she has one goal: to maximize shareholder profit on a quarter-by-quarter basis. The futurist’s goal is to prepare the company on a 10-year basis. We want executives to make investments that might not pay off for a decade. There’s an inherent tension between those perspectives. But executives who want the company to be around in 10 years don’t run from the discomfort.

IQ: Beyond shareholder pressure, why else are we so biased toward the present?

BDJ: People are busy. I say that as a joke, but it’s also true. Half the time, people don’t even know what they’re going to have for dinner that day. We don’t have the time or the headspace to think about future scenarios. But the other reason is that we’re not really given the tools or taught how to think about the future and change and long-term strategic foresight. If you’re not trained, people naturally fall into incremental thinking. It’s a disease that plagues the world of long-term strategy.

IQ: How can futurists help executives “future-proof” their decisions?

BDJ: I always say a passionate idea paired with a PowerPoint presentation is dangerous. You’ll often see in boardrooms and meeting rooms someone who really, really believes something, and so they’ll put together a PowerPoint. It may be a good idea, but it’s not long-term strategic planning.

The first step is getting people to understand that if you can summarize your organization’s long-term strategic plan in one presentation, there’s something wrong with it. Executives should be encouraging new tool sets and ways of thinking to be brought into their organization and spread throughout the planning process. There are now more and more futurists in the field, and this diversity is healthy. With the rapid advancement of technology and the need to develop products or services and get to market quickly, having a person or a planning office that’s truly thinking long term isn’t a luxury—it’s necessary.