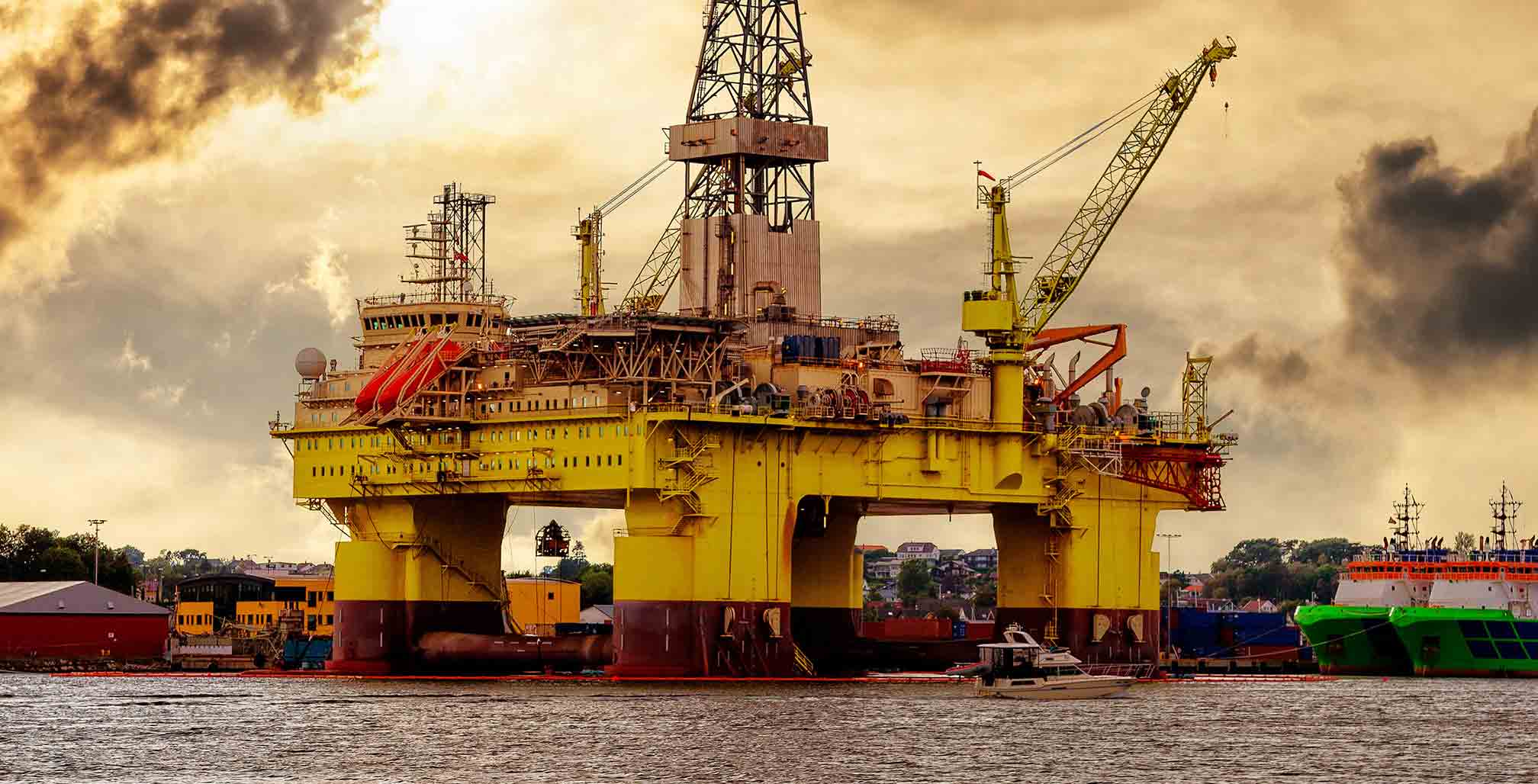 Big Oil is on the cusp of disruption, and it is going to be even more far-reaching than many in the industry anticipate.

The impending transformation stems from supply-side and demand-side forces that are threatening to lay waste to Big Oil’s current operating context. Executives will have to dramatically rethink how and why they do business over the next few years if they want to remain a competitive part of the game.

Oil companies have long operated in a world where oil reserves were constantly threatened—eventually running out and drying up. Companies have thus organized their value-creation activities around replacing and securing oil reserves and production volumes—which is the enduring formula for reward in the industry. And for a long time these actions have been appropriate given this operating context of “find, replace and grow oil reserves.”

But times are changing. Despite the fact that (depending on which study you read) energy demand is expected to grow nearly 35 percent by 2035, demand for oil will actually decline because of demand- and supply-side disruptors.

Environmental Regulations: At the Paris Climate Conference (COP21) in December 2015, 195 countries adopted the first universal, legally binding global climate agreement. Called the Paris Agreement, this deal sets out an action plan to mitigate dangerous climate change by reducing carbon outputs and limiting global warming to 2 degrees Celsius, the goal set by the United Nations. To ensure the world limits the temperature increase, the Intergovernmental Panel on Climate Change warns that carbon emissions must peak by 2020, reducing steeply thereafter so total emission amounts are cut in half by 2040. To see that change through, there will need to be a dramatic increase in the use of renewables, which will render some planned oil and gas projects unnecessary—to the tune of $2 trillion in stranded assets, according to Carbon Tracker, a financial think tank focused on the energy sector. This fundamentally calls into question the oil industry’s traditional value-creation model.

Competitive Alternatives: Alternative energy sources for the production of electricity are becoming more affordable, which will only further their use. The International Energy Agency says renewable energy will represent the largest single source of electricity growth through 2020. According to the U.S. Department of Energy’s Lawrence Berkeley National Laboratory, the cost of solar power projects has dropped by more than 50 percent since 2009. And the New Energy Outlook from Bloomberg New Energy Finance estimates that onshore wind energy costs will fall 41 percent by 2040, thanks predominantly to improving capacity factors.

Increased Transportation Efficiency: Sixty-four percent of oil is produced for use in vehicles, aircrafts and ships, according to Forbes. While the industry has always assumed demand will continue to grow, ongoing technological advances in transportation efficiency have put this assumption at risk. According to a study from the Frankfurt School, global electric vehicle sales increased nearly 60 percent last year, bringing the total number sold since 2011 to just over 1.1 million. The falling costs of lithium-ion batteries (which are expected to drop as much as 50 percent by 2020, according to PV Magazine) will only help to grow that market further.

Short-term supply-side forces are increasing the industry’s cost curve, further compounding the effects of these long-term demand disruptors. And although current low oil prices are exacerbating the cash crunch, this increase in cost existed well before the recent price drop began.

The top four short-term supply-side sources of disruption in the oil industry include:

Companies have gone from drilling for oil in wells that were 69 feet below ground to now drilling as deep as 40,000 feet on land and 11,000 feet below the ocean’s floor. This represents an inherent problem for all extraction industries: The further and deeper the digging, the higher the cost per barrel.

Resource Challenges: Despite decades of technological innovation in exploration technology, the results have been disappointing. Between 2010 and 2013, the cost of exploration and development by oil and gas companies increased from less than $200 billion to more than $600 billion, according to the U.S. Energy Information Administration. However, discovery rates have remained stagnant. The ROI on this activity is going in the wrong direction.

Growing Megaproject Challenges: A core competency of Big Oil is to execute technically challenging projects efficiently. But between 2005 and 2010, 49 percent of completed projects managed by major oil companies ran over budget by a median of $2.7 billion, and 52 percent missed their deadlines, according to research firm IHS. The median delay was three years and three months.

Despite the fact that (depending on which study you read) energy demand is expected to grow nearly 35 percent by 2035, demand for oil will actually decline.

Time for a Radical Rethink

History might delude shortsighted industry insiders into saying this situation is simply cyclical—the industry has been through boom and bust cycles before. But this emerging crop of disruptors represents more than just ebbs and flows. Even with high crude prices, company margins were eroding. While oil was on average about $100 from 2012 to 2014, net profits declined by 30 percent. So in fact, these disruptors represent a dramatic shift in the assumptions upon which Big Oil has thrived for some time—they now find themselves in a new operating context.

To survive these disruptors, oil companies need to completely transform how they create value. Click To TweetCompanies must critically examine the assumptions that are embedded (and maybe hidden) in the century-long success formula. In the process, executives can unhook themselves from the limits the past imposes on them in order to think newly and invent a new operating context. Inside this new context new actions and results can emerge.

Executives must think “energy” and not just “oil.” This will mean a transformation in their core activities—“the activities that have historically generated profits for the industry,” according to Anita M. McGahan, a professor at the Rotman School of Management at the University of Toronto. For oil, these core activities are exploration, drilling and discovery, production (pumping oil from wells), logistics and complex project management, refining, and marketing and distributing the finished product.

At the same time, executives must rethink how they can maximize the value of core assets—“the resources, knowledge and brand capital that have historically made the organization unique,” according to Professor McGahan. For an oil company, these include:

In a world where industry core assets appreciate in value or are not under siege, threats to core activities on their own could be managed through innovation—which the oil industry has been appropriately doing. But with the likely destruction of future oil demand, the value of core assets, especially oil reserves, may be facing obsolescence. Innovation and advances in core activities will not be enough. Therefore, the industry will have to shift away from focusing on core assets like oil reserves to focus on renewable technologies, and industry core activities will need to center on developing that new set of assets. These new core activities must include shedding oil exploration and discovery activities; exploiting current reserves to the last drops; and shifting innovation, engineering and project management capabilities to efforts that aid the advancement of renewable energies, including solar fields and wind farms.

There are already signs that Big Oil knows these changes are ahead. In April, Saudi Arabia, one of the biggest crude exporters in the world, announced it was selling off state-owned petroleum assets to invest $2 trillion in sources other than fossil fuels. France-based oil and gas company Total announced last year it was spending €200 million to convert an unprofitable oil refinery into a biofuels operation. Moving forward, the company plans to invest $500 million a year in renewables, according to The Guardian. Shell is likewise reportedly investing more than a billion dollars in a green energy line of business.

Investments like these offer a window into what the future of this industry is beginning to look like. Companies that fail to act quickly to reinvent themselves will eventually be left behind.